The Man with the Gramophone: A Party Manifesto

When entertaining at his midnight banquets in his dacha, Stalin as the genial host would himself take charge of the gramophone and encourage his henchmen to prove their skills on the dance floor. In Teresa Toranska’s Them (1987), a series of interviews with members of the Polish nomenklatura, we find Polish party boss Jakub Berman waltzing the night away with Soviet foreign minister Molotov. “Surely you mean Mrs. Molotov?” asks Toranska. “No,” she wasn’t there,” answers Berman, “she was in a labor camp.” Besides, at Stalin’s seances, he adds, there were no wives present, because wives gossip.

And while everybody else was getting thoroughly plastered, Stalin stayed clear of the booze, all the time watching, watching. Asked if he enjoyed himself, Berman replies, “Yes, it was pleasant, but with an inner tension.”

Stalin is surely the DJ from hell, but the episode proves a universal point: The Man with the Gramophone rules the party. As a teenager, I had instinctively reached the same conclusion. Starting with my year at boarding school in Britain, wherever I was sent to study in Europe — if study is quite the right word — my first order of business was to buy a record player.

But what to play? Contrary to most of my contemporaries, I was less than enamored of the music of the Sixties. I arrived in England in 1969, a year of excesses and chaos. That was the year The Beatles decided to dissolve, though I had long ago jumped ship when they embarked on their Indian mysticism thing, alternating with sing-along crimes against humanity like “Yellow Submarine” and “Ob-La-Di, Ob-La-Da.”

This was also the year that Cream put out their last LP. The first of the supergroups, Cream’s live performances quickly degenerated into endless, self-indulgent solos: Who in his right mind would want to listen to Ginger Baker hammering dementedly away on “Toad” for 15 minutes? The last rock album I ever got was Led Zeppelin’s first LP, with Robert Plant squealing like a stoat caught in a steel trap, and with the dodgy drumming of John Bonham raising the volume still further.

My sense of alienation only deepened in 1970 when watching the Woodstock documentary — that mix of Dionysian heathen rites, balmy pacifism, and prim, self-righteous moralism, epitomized by Joan Baez warbling about Joe Hill. For someone highly privileged like myself to suddenly emerge as an ardent left-wing pacifist, just two years after the Soviet invasion of Czechoslovakia, would have felt a tad hypocritical.

As for Bob Dylan, who did not perform at Woodstock, I used him as a character test: Anyone who liked his music I wrote off as beyond the pale. Still do, by the way.

Now, there are of course limits to how snooty one can afford to appear in retrospect … I vaguely remember how, dressed in a samurai leather jacket, red silk scarf, and gleaming Brazilian riding boots, I once happily howled along with The Troggs’s “Wild Thing.” Or that night on the Cote d’Azur stomping away to Iron Butterfly’s “In-A-Gadda-Da-Vida” … all very embarrassing.

But in principle I was getting awfully tired of stunted youths with yobbo accents and attitudes producing industrial level noise on their electric guitars. And I despised the self-absorbed drug culture that came with the music; I preferred my friends to be witty, sociable, and fun.

A possible way out, and something of a musical revelation, came after a consular dinner in Copenhagen. The younger set weren’t invited to the dinner, but we were welcome at the after party. Round midnight, someone put on a record with Coleman Hawkins and Ben Webster and “Blues for Yolanda” boomed into the night.

Not only did the saxophones offer a welcome change from the endlessly soloing guitars, so did the subtle rhythm group of Oscar Peterson’s piano, Ray Brown’s bass, Herb Ellis’s guitar, and Ed Thigpen’s drums provide relief from the heavy-handed beat of rock. To me, this sounded like grown-up music.

The second revelation happened by mere chance when flipping through a girlfriend’s father’s record collection: Sinatra’s Songs for Swingin’ Lovers! Up till then, I had only regarded Sinatra as a has-been, guilty of “Somethin’ Stupid.” But here, backed by the superb Nelson Riddle Orchestra, Sinatra revealed himself as the greatest jazz singer ever.

So I started checking out jazz. I loved the art deco elegance of the black-and-white movies of Fred Astaire and Ginger Rogers, and the nightclub scene in the screwball comedy “Ball of Fire,” where Gene Krupa goes nuts on the skins in “Drum Boogie.” But much as I enjoyed Artie Shaw, Glenn Miller, and Benny Goodman, I could not quite shake the feeling that much of it sounded dated. And I couldn’t very well pretend to be a GI on leave at the USO canteen or wear those high waisted trousers up to my armpits. I was not in the re-enactment business. This was Somebody Else’s music, the soundtrack to the lives of the World War II generation, not mine.

Unfortunately, compared to the golden era of swing, the jazz of the postwar era struck me as incredibly dreary. Jazz after the war became clannish and hostile. Fiercely demanding to play, it had become a private in-thing between musicians, almost deliberately shutting out the audience. Seeing clips of Buddy Rich in action is like watching some Olympic sports performance, technically brilliant perhaps, but utterly cold.

In short, what I demand from jazz is a recognizable tune, from which the ensuing improvisations should grow organically, and then nail it by returning to the theme at the end. I also like it to be danceable. If these criteria aren’t met, I’m not listening.

A few postwar jazz albums seemed to me timeless, like the aforementioned Sinatra album; Getz/Gilberto, featuring Antônio Carlos Jobim; Ella in Berlin; Oscar Peterson’s Night Train; Tony Bennett’s Jazz; the Louis Armstrong and Duke Ellington sessions; and The Best of Chet Baker Sings — if only the poor man had stuck to his horn and refrained from singing. But they are few and far in between, since nobody writes new material. The Great American Song Book is fine, but it needs badly to be updated.

Musically homeless, I have resorted to a magpie approach. Not to be completely cut off from my fellow humans, I have had to overcome, to some extent, my dislike of the electrical guitar. I enjoy John Lee Hooker when he settles into a groove on the Jealous album, or when he duels with Carlos Santana on tunes like “Chill Out” and “The Healer.” And I like Stevie Ray Vaughan doing “Crossfire” and “Tightrope.”

So today if I were to return to my early DJ duties, besides the things already mentioned, my party playlist might include Shirley Bassey and the Propellerheads’ “History Repeating,” Johnny Hodges’s “Castle Rock,” Jimmy Smith’s “Got My Mojo Working,” Alannah Miles’s “Black Velvet,” Tony Joe White’s “Willie and Laura Mae Jones,” Sinatra’s “The Summer Wind”and “Luck Be a Lady,” Tony Bennett’s Steppin’ Out, Joe Cocker’s “You Can Leave Your Hat On,” and Stevie Ray Vaughan’s “Cold Shot” and “Texas Flood.”

Which I might follow with Basie’s “April in Paris” and “Shiny Stockings”; George Thorogood’s “Bad to the Bone”; Nina Simone’s “I Put a Spell on You”; the theme from Peter Gunn; Ramsey Lewis’s “The ‘In’ Crowd”; Hugo facing his “99 Problems”; the theme from Babylon Berlin. Severija’s “Zu Asche, Zu Staub”; and Peggy Lee’s “Fever” (there never was an icier, sexier voice).

The revelry will end in the early dawn with Chet Baker and Paul Desmond playing “Autumn Leaves.”

Unlike Stalin’s parties, there will be no cause for my guests to feel inner tension. Except of course if anyone would be foolish enough to bring up the names of Bob Dylan, The Kinks, The Who, Herman’s bloody Hermits, The Stones, The Pretty Things, The Animals, The Doors, The …

Henrik Bering is a journalist and critic. 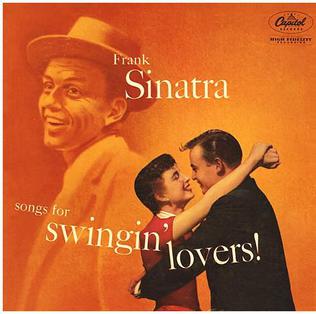 The Man with the Gramophone: A Party Manifesto