The Day Eli Broad Changed My Life: A Remembrance

I first met Eli at a private dinner at the home of then Santa Monica College President Piedad Robertson. We were also joined by Richard Riordan (then our mayor), and Dustin and Lisa Hoffman. At the end of the dinner Eli agreed to take a walk in Topanga with me the next day, so that I could pitch him the idea of building a visual and performing arts center for the college.

My husband and I met Riordan and Eli at 10 a.m. in Red Rock Canyon, to join them on their regular Sunday walk. After I finished my pitch, Eli said, emphatically, “I will never give money to a capital campaign for a theater again as long as I live!” He had just finished raising funds for Disney Hall and was burnt out on capital campaigns.

Without missing a beat, I said, “Okay, Eli, can I come back to you when I finish for programming and endowment?” He stopped, tilted his head, gave me a disbelieving look, and said, “Sure.” I understood his look to mean, “Miss, you won’t get this built without my help, but go ahead and ask!”

During the ensuing years I would run into Eli and Edye at LA Opera or LA Phil events, and they were always very gracious and asked me how the theater project was going.

Finally, six years later, in 2007, when the theater was half completed, several folks suggested I invite the Broads and show it to them. A tour was quickly arranged with Edye, always warm and gracious, and at the end of it she said, “Eli should see this.”

To my amazement, the next day, my cell phone rang. It was Eli. “Dale,” he said, “Edye was very impressed with your theater and I would like to come see it. How’s tomorrow at 3?”

Needless to say, tomorrow at 3 was just fine. Eli showed up, put on a hard hat, and spent over an hour touring our theater, greeting every man on the construction, many of whom had worked at Disney Hall and were happy to see him again. He asked the deep questions of someone who understood what went into building a multi-purpose site.

We ended up chatting in my cramped office, and at the end he said, “Pencil my name in for the naming of the theater and I will get back to you in about six weeks.”

As we walked to the car, I casually said, “Eli, you live in Brentwood and yet have no significant naming on the westside of Los Angeles. Also, no theater named after you, and that just isn’t right …” He smiled and said he would be in touch.

Exactly six weeks later my cell phone rang again and the deal was set to name the theater after Edye and Eli. He wanted the deal done quickly and a press conference announcement. It all happened in record time.

Some well-meaning arts leaders called me and said discouraging things about dealing with Eli. I remember one telling me, “You can’t afford to take his money!” I laughed and said, “We are a new non-profit with no track record and if the most important donors in LA want to name this unproven theater, I will take the risk.”

That decision changed my life and the lives of the audiences who have enjoyed the Broad Stage since it opened in the fall of 2008.

Eli and Edye proved to be the kind of donors you dream about. He insisted on paying for every ticket when he attended Broad Stage events. They were both charming and kind and supported the project in every way imaginable. Eli always took my calls for help and guidance. I always felt they were partners who were there to make sure we succeeded. As an example, when my first season was upon me, I realized I didn’t have the funds to hire a financial advisor, so I called Eli and said, “I need help creating a budget and can’t afford to hire expertise. You’re the smartest businessman I know, can you teach me?”

For the first three years after opening, I would go to Eli’s office, and we would sit down together and go over my yearly budget. He took out a ruler and pencil, and went through the budget line by line. It was a crash course in accounting. He asked me to justify every expense, and I learned more about running a business than I would have at an MBA program.

In the third season, the theater was cash positive, something almost unheard of for non-profits. He taught me to expand our programming and he explained why. His training stays with me to this day.

Perhaps the most important lesson Eli taught me was to dream big, to take risks but with a strong plan of action. The fact that I was an untried new arts leader never seemed to faze him. One time I asked him what made him think I would succeed when he gave me programming funds before the theater was even open? He said, “You got the theater built without my help, so I was pretty sure you would figure out the rest.”

Eli came from a background that didn’t set him up to be Los Angeles’s most important philanthropist, so when he saw creators who wanted to change and help this city, he lent them a hand.

He was an original, as was Edye. Together, they were unstoppable.

Los Angeles today is the kind of city Eli hoped it would become so many years ago — a major cultural center on a par with New York, London, and Paris. That couldn’t have happened without him. And I wonder who will step up now to take his place. The performing arts and its individual artists, who have suffered so much during this pandemic, need all the support they can get.

Eli was not an artist but he gave to the arts because he understood that no city or civilization can thrive without a vital artistic community.

He will be greatly honored in the coming weeks. But if you want to really honor the Broads, then realize that the arts are central to a city’s soul, and do what you can to support them as a creator, a donor, a reader, or an audience member. At the end of your life, you will be glad you did.

Photo: Opening night of the Broad Stage, 2008, with Don and Dale Franzen, Dustin and Lisa Hoffman, and Eli and Edye Broad.

Dale Franzen was the Director of the Broad Stage at Santa Monica College from the inception of the project until 2016. She is a lead producer of the eight-time Tony Award-winning musical Hadestown, which began development at the Broad Stage. 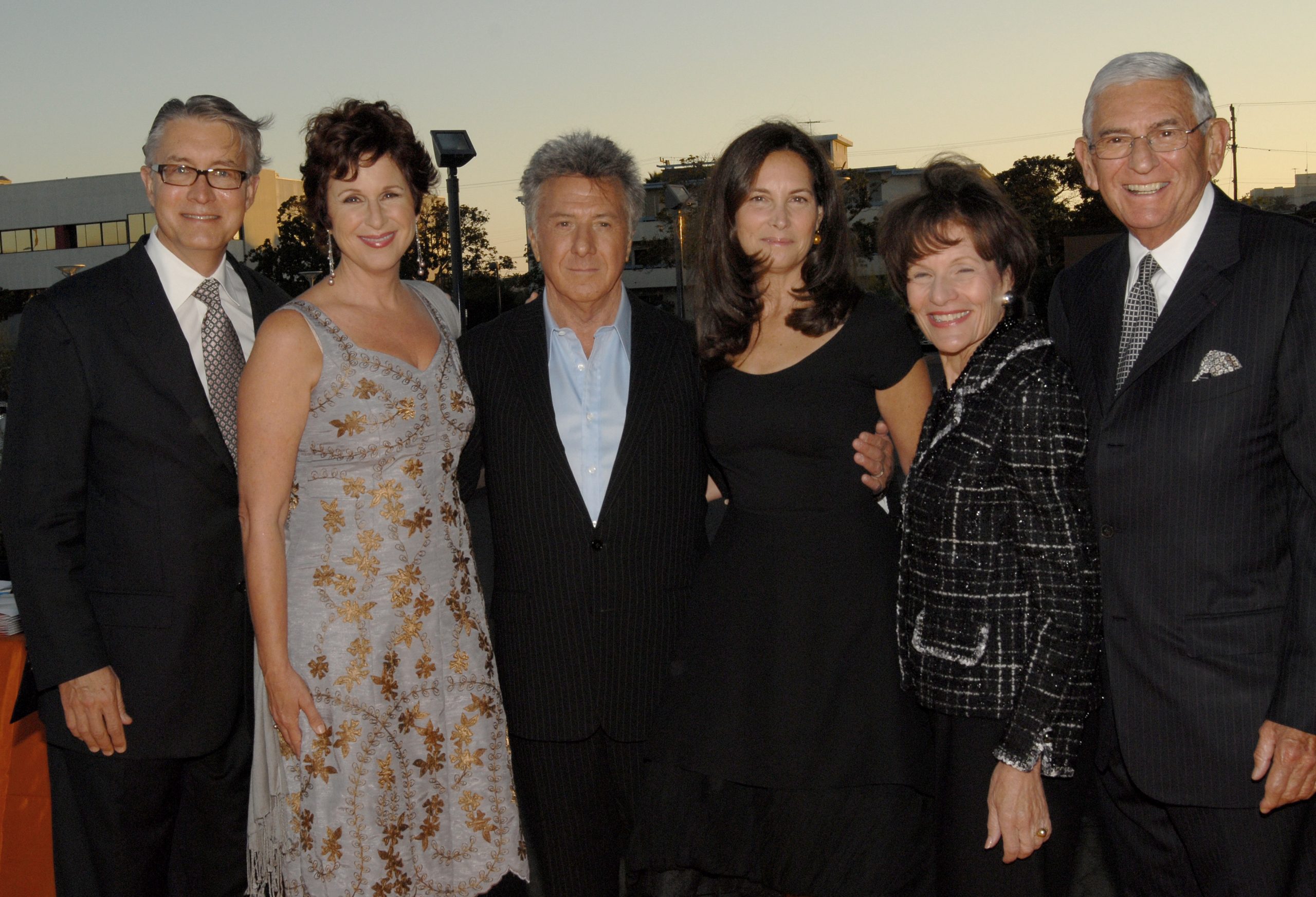 The Day Eli Broad Changed My Life: A Remembrance