The Dark Empire of “Post-Truth”

Truth isn’t what it used to be. From vaccinations to climate change to election results, truth-seeking, truth-finding, and truth-telling have seemingly become a fool’s errand. The path to factual veracity, fidelity to logic, and evidence-based principles is increasingly difficult to traverse. Yet, there is no cognitive GPS to guide us forward. Like Dante in the immortal Divine Comedy, we find ourselves “in a dark forest; because the path which led aright was lost …”

Increasingly, it feels like we are lost denizens in a dark empire of “post-truth,” a term for describing a do-it-yourself sensibility where facts and their representation are entirely secondary to emotion and personal preference. The word did not even exist prior to 1990, but by 2016 “post-truth” was Oxford Dictionaries’ international word of the year, having increased in usage by around 2,000%.

As we are seeing throughout the world, the destruction of truth is not an abstract or benign development; it is calculated, made by design and for-profit. Indeed, if we hope to win the existential battles of our time — pandemics, unchecked climate change, the undermining of democratically elected government, racialized inequality — we need to first rescue truth from the many threats to it.

Truth-seeking requires rules. Let’s call it a grammar — the systems and structures that make language and communication possible. Yet there is no universal grammar of truth. Put another way, the pursuit of truth evolved in different ecologies and thus its genome has been differently constituted, each time in a distinct way. Not all truth-seeking and telling are equal. Some truths are paradoxical (Leo Messi, the genial Argentine soccer player, is right-handed, but left-footed); others are conditional (nothing can travel faster than the speed of light, except in a vacuum of perfectly empty space) and a lot of truths are banal (night follows day, day follows night).

As an academic, I am especially concerned with advancing truths that flow from historically constituted scholarly disciplines with shared schemas and agreed upon practices. In the academy, we speak of the truths of physics (heat always flows from a hotter to a colder body); neurology (compulsive addictions flow from the activation of the mesolimbic dopamine system); anthropology (the rise of civilizations always flows from the invention of agriculture); linguistics (the letter “p” in the Romance languages becomes an “f” in the cognate words in Germanic languages — thus “pes” [Latin], “pied” [French], “pie” [Spanish] become “fuß” [German], “fot” [Swedish], “foot” [English]); and so forth.

The very life form that animates the work of the modern research university — our DNA — is the pursuit of truths. But that has always been contested territory in academia and we are better off because of it. Few truths are immutable. As an example, in the last generation, the advent of the Human Genome Project has opened up entirely new truth-seeking avenues, fundamentally changing our understandings of the genetic pathways in neurological and psychiatric disorders.

In other ways, academia has at times gone down dead ends. The grande idée that rigorous methodologies — be they statistical models, social surveys, or anthropological “thick descriptions” — lead to understanding, explanations, and the articulation of nomothetic general principles or even more particular idiographic laws is entirely rejected in some academic quarters as “either arrogant, misguided or futile if not all three.” Many of these streams of thought arrived on our shores as part of a French wave associated with post-modernism. At the heart of this French turn is the claim that the very architecture of scholarly study encodes the dark working of power, domination, appropriation, and other malignant ends. Truth seeking is not simply misguided and futile, it is violence by other means. Anthropologists, sociologists, psychologists, and others, while mindful of the role of power in truth-seeking and telling, have managed to ride the French wave without letting its undertow entirely drain their scholarly enterprise. The eminent Harvard psychologist Howard Gardner argues that it would be “catastrophic to […] give up the effort to approach and, whenever possible, to establish truths. Suppose we were to take postmodern views to an extreme — for example, to state that truth is but an expression of power, or that truth cannot be established with any validity, or that truth is a vacuous concept. Under such circumstances we could scarcely function at all.”

Nowhere is the catastrophic turn to post-truth more apparent than in politics, where social media swamps breed misinformation and bad behavior encouraged. Politicians have always had an ambivalent relationship with truth-seeking and truth-telling. Hanna Arendt, writing of the horrors of another era, noted, “No one has ever doubted that truth and politics are on rather bad terms with each other, and no one, as far as I know, has ever counted truthfulness among the political virtues. Lies have always been regarded as necessary and justifiable tools not only of the politician’s or the demagogue’s but also of the statesman’s trade.” In her highly regarded book Democracy and Truth: A Short History, University of Pennsylvania history professor Sophia Rosenfeld notes that while the relationship between democracy and truth has always been uneasy, the extent of the “truth crisis” today, has no historical precedent.

Even such evidence-based domains as the medical and planetary sciences are under direct attack. The calculated frontal assault on the medical sciences by politicians is a five-alarm fire. Unscrupulous policy makers, aided and abetted by un-curated information and mis-informational internet swamps, are at the forefront of denigrating truth.

As the über viral Delta variant continues its deadly march, too many policy makers are at home lying and denigrating science. For Exhibit A, see the tragicomedy that is Congresswoman Marjorie Taylor Greene’s and Congresswoman Lauren Boebert’s antics on the matter of vaccinations. Even as the science is ever more convincing that vaccines are the best shot to defeat the virus, Taylor Greene and Boebert march their somnambulist followers ever deeper into the dark forest of post-truth. The anti-vaccine movement includes people driven by earnestly held beliefs, but it is bolstered by a multibilliondollar industry that makes money whenever someone clicks on an outrageous anti-vaccine ad.

Unchecked climate change is Exhibit B of politicians’ distaste for truth seeking. Climate change has decisively morphed into climate disruption, bringing with it ever more extreme weather events, including droughts, floods, and forest fires. Weather extremes during the last 20 years have claimed well over 600,000 lives and the death spiral is accelerating to over 150,000 deaths annually. Within a decade, the warming of the planet will be about 50 percent greater than the warming we have experienced since the Industrial Revolution, ushering in further catastrophic climate change. If fossil fuel emissions remain unchecked beyond 2030, continued warming will pose ever-more existential threats to humanity and all living systems. The truth that the overarching solution is to declare fossil fuels as dangerous and outdated, and to switch to renewables, which are abundant across the planet, is nearly immutable. Yet too many policy makers continue to throw lies, misinformation, and falsehoods into the machinery of science and evidenced-based policy making. According to the Center for American Progress, there are some “139 elected officials in the 117th Congress, including 109 representatives and 30 senators, who refuse to acknowledge the scientific evidence of human-caused climate change. All 139 of these climate-denying elected officials have made recent statements casting doubt on the clear, established scientific consensus that the world is warming—and that human activity is to blame.” In this instance of the banality of power, truth is but a casualty to short-term cash: these same 139 climate-denying members of congress, the CAP study shows, have received more than $61 million in lifetime contributions from the coal, oil, and gas industries. Alas, lies for money is as old as the invention of commerce.

Here is what we can do to reverse the truth’s insidious slide toward a slow death:

Lies don’t die with each passing news cycle. They are believed. They shape current and future behavior. Their impact is broad and deep. Today, the university’s call-to-arms must take the battle to the culture of pessimism, anomie, and disengagement. It starts with the rescue of truth.

Marcelo Suárez-Orozco is Chancellor, University of Massachusetts Boston, and the UCLA Wasserman Dean Emeritus. This essay was adapted from his presentation at the “Truth and Post-Truth in Communication, Media and Society” workshop of the Pontifical Academy of Social Sciences, at the Casina Pio IV in the Vatican Gardens where Galileo, in the pursuit of truth, invented much of the modern scientific method. 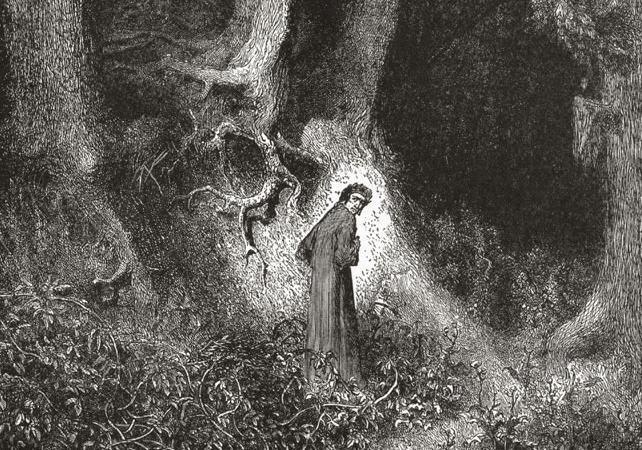 The Dark Empire of “Post-Truth”