Somewhere Deep Inside You: On Nevin Schreiner’s “A German Family”

When he first considered writing A German Family, set in wartime Berlin, it may have occurred to Nevin Schreiner that Samuel Johnson would have withheld his approval for this enterprise. In his notes on King Lear, the great lexicographer had demanded “the observation of justice” in a literary work. He also demanded the “final triumph of persecuted virtue.” On the other hand, Schreiner may have found encouragement in Georges Bataille’s opinion that “when literature stays away from evil, it becomes boring very quickly.”

The conflicting opinions of those two gentlemen notwithstanding, Schreiner went ahead and composed his challenging, daring, and disturbing novel, which offers no triumph of virtue and certainly doesn’t stay away from evil.

What kind of book is this? For me, it’s a work of imagination par excellence. Schreiner is not a professor of European history. He is not one of the last survivors of life under Hitler. Instead, I believe he has accomplished what Hemingway described as a writer’s essential task in completing a novel: “You make it up out of everything you’ve ever learned, out of everything you’ve ever seen, out of everything you’ve ever felt.” Kafka had never visited the United States when he wrote Amerika. But he had read Benjamin Franklin’s autobiography, and that was enough for him to bring us his chapter on “the Great Nature Theatre of Oklahoma.” For his part, Schreiner convincingly describes the reverberations of bombs falling on the German capital “like someone dropping a large book on a rug.” And he shows us sexual intercourse under the Third Reich, which is also like dropping a large book on a rug.

The plot of A German Family concerns Trudi, a mother whose husband is at the front while she struggles to raise her two children in bombed-out Berlin. There is also detailed exploration and exposure of the Nazis’ “Lebensborn” race breeding program. But what’s most interesting in A German Family is observing Schreiner’s highly developed imagination, and the startling twists and turns of its course.

Toward the end of the book, for instance, Trudi is thinking about Jews from her perspective as a woman who’s had sex with a Jew: “Jews were like a noise you imagined was coming from outside until you shut all the windows […] and you realize that the noise is coming from inside.” She continues,

That was the Jew. At first he felt like nothing so much as an external, an outlier, an alien. Then one day you awoke […] and realized in a blinding flash that he had taken possession of some vital part of yourself. You couldn’t get him out if you tried […] you couldn’t fully extirpate him. He would remain somewhere deep inside you, waiting for the right moment to emerge.

I’m unaware of whether Schreiner studied Mein Kampf in writing A German Family, but here Trudi perfectly duplicates Hitler’s rhetoric and sensibility, especially the obsession with syphilis that exists on every page of his screed. Further, as sometimes happens with deranged people, there’s a certain unintentional truth here. Trudi is speaking of “the Jew,” but we can improve the passage by making “the Nazi” the one who’s waiting for the right moment to emerge. Schreiner gives the Nazi his moment, and he gives it to us straight. Nowhere in Trudi’s reflections, or anywhere else in A German Family, is there any sly winking at the audience, any reassurance that it’s all in good fun. That may disorient or alienate some readers, but for me it’s one of the book’s great virtues. That’s probably not the kind of virtue that Dr. Johnson had in mind, but it’s a mark of authorial integrity, and even courage.

I’ll now compare A German Family to Seinfeld. It was an inviolable rule of that well-loved television program that no learning could occur. At the end of every episode the characters were just as self-limiting, self-sabotaging, deluded, and confused as they were at the beginning, and that’s where they are at the start of the next episode as well. Trudi, Hans, Heike, Rolph, Dr. Shubert, Prusseldorf, and the other “Leute” in A German Family meet the same fate at Schreiner’s hands, and with fewer laughs than Seinfeld but without commercial interruptions. They’re stuck inside the Third Reich until, as Trudi begins to understand, it’s the Third Reich that’s stuck inside them.

In closing, I’ve set A German Family in august company: Dr. Johnson, George Bataille, Franz Kafka, Ernest Hemingway, and Seinfeld. History will decide where Schreiner’s novel belongs in the canon. For now, I appreciate and admire the work of an author who fully accomplishes the task he has set for himself, especially when the task is deeply fraught. Let A German Family get inside you. 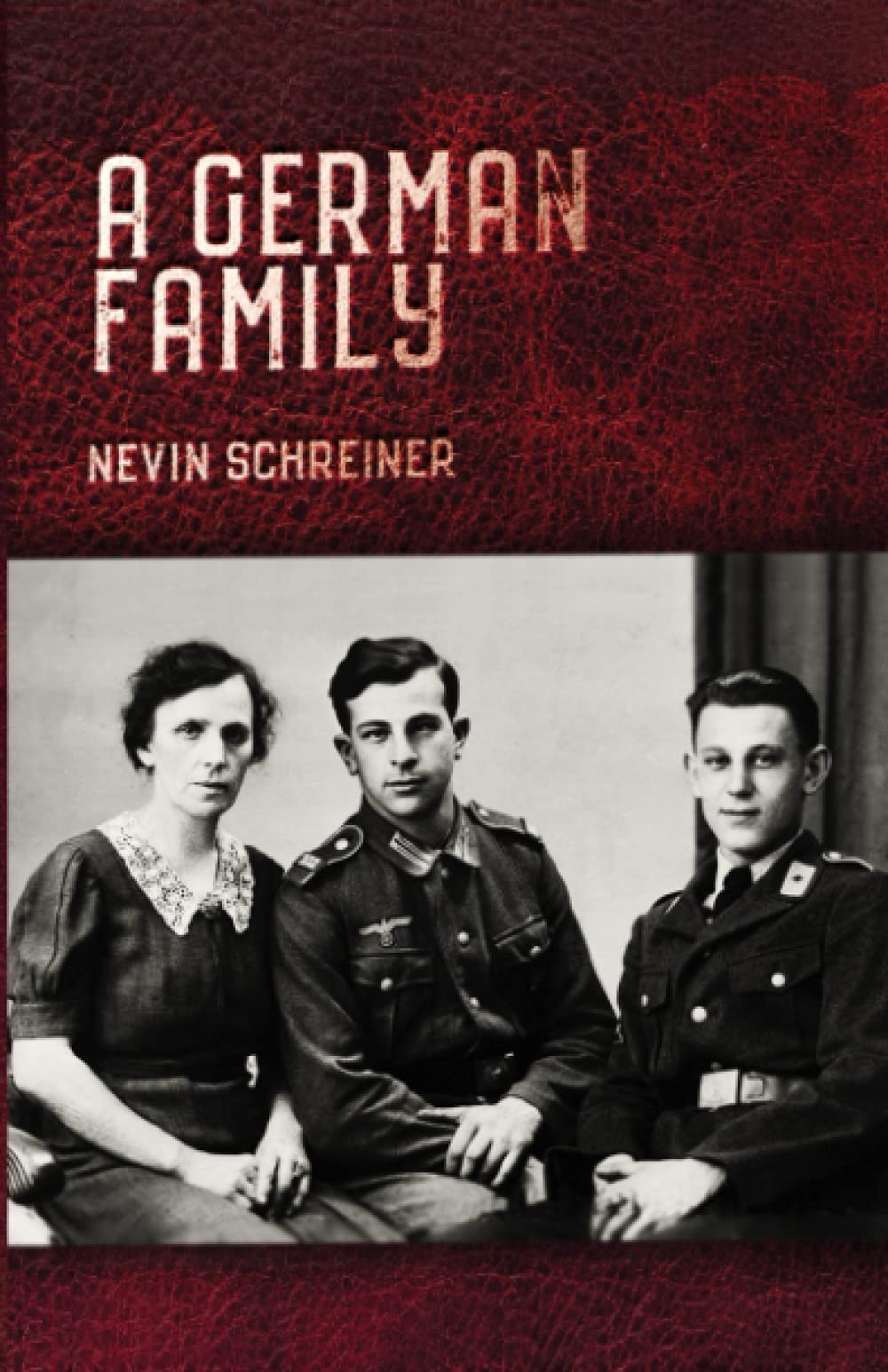 Somewhere Deep Inside You: On Nevin Schreiner’s “A German Family”