By: Howard A. Rodman

On May 4, 1971, I was arrested for jaywalking in Washington, D.C., taken to a police station, thrown in jail. Like tens of thousands of others, I had come there with the intent of shutting the city down: if the government would not stop the war, we would stop the government. It was an instance of what John Lewis would later term “good trouble, necessary trouble.”

To prevent the government from being shut down the District police, over the course of three days, scooped up more than twelve thousand of us, the largest mass arrest in US history. Some, like me, were charged with minor crimes; others, simply tossed into Robert F. Kennedy Memorial Stadium, surrounded by National Guardsman. It was the Nixon/Mitchell/Kleindienst era, and the precedents that held preventive detention to be unconstitutional were not uppermost in their minds.

Even as I was demonstrating I was covering the event for the Cornell Daily Sun, of which I had just stepped down as editor-in-chief — and was, as such, credentialled by the District of Columbia, complete with badge and lanyard. (As we used to say: forgive us our press passes.) I’d assumed, naively, that my laminated ID would make me immune from arrest and detention. In that, as in so much else, I was mistaken.

In the police van, on my way to who-knows-where, I did what I could to fend off my terror. All sense of future had abruptly vanished. I did not know whether this new life, and the one that had been mine, would ever reconverge. The one thing I knew about jails was that people died in them.

As it turns out, time I spent in custody was cheerful and uneventful. I ate baloney sandwiches on white bread. I chatted with my cellmates, most of whom were, like me, white, longhaired, antiwar, countercultural. Those who were there for unrelated reasons viewed us with tolerant bemusement. Eventually I was taken from my cell to the courthouse, arraigned, and released.

Upon my return to Ithaca I wrote about the incident, first for the Sun, then for The New York Times). That piece, which they entitled “Jaywalking with a Two-Time Loser” and published with the accompaniment of a lovely Ed Koren illustration, was humorous, or at least intended to be. Re-reading it I’m in equal measure proud of, and embarrassed by, the cocky kid who wrote it.

Its publication marked the beginning of two careers: as a writer, and as a professional troublemaker (what The New YorkTimes once termed a “behind the scenes firebrand.”) The article garnered some attention, and upon graduation I received queries from the Los Angeles Times and from LIFE about joining their staffs. I chose instead to live in basements and write unpublishable novels, radical in their politics and their sensibility, believing — and again, mistakenly — that I could return to journalism at a time of my own choosing or when I needed to pay for a root canal.

The piece also caught the eye of the ACLU, which was filing a class action suit on behalf of the detainees — and on the basis of the Op-Ed, included me among the plaintiffs. The suit maintained something novel at the time: that federal officials did not have absolute immunity for their actions. The suit wound its way up and down the courts, but eventually we prevailed. (Fifty years later, even Justice Clarence Thomas agrees that you can sue federal officials for damages when they violate your rights.)

The suit resulted in a settlement. In the mid-’70s, on the brink of going back to school or doing something useful with my life, I received a check for a few thousand dollars, which subvented another eighteen months of hovel rent and two additional novels. The settlement enabled me to pursue my writing, when I otherwise would have given up. I now have a career as a screenwriter, novelist, professor — none of which would have happened absent the compensation for my day of good trouble.

When I cavalierly rode down to D.C. thinking my credentials would confer upon me some kind of immunity, I was wrong; and in fact press passes still offer scant protection from state violence: just weeks ago journalists, including those working for CNN and the New York Times, were sprayed with chemical irritants, arrested, thrown to the ground and beaten by police officers while covering protests in Minneapolis.

But in the larger sense, a half-century worth of perspective tells me I was right. The immunity was conferred less by official certificate than by race and class. Which is to say, if you are a person of color without sufficient documentation, you can still be thrown in jail for jaywalking — but while I was out by the next morning, Javier Castillo Maradiaga spent 15 months in detention.

Over the course of the 50 years subsequent to my arrest, my record has never been a hindrance: in fact, like my time as a Lower Manhattan post-punk guitarist, it burnished my persona rather than tarnished it. The activities of one’s youth (see Justice Kavanaugh’s assault of Christine Blasey Ford, his escapades with PJ, Tobin, and Squee) are looked at one way if you come from privilege, another way if you don’t. On April 20 of this year it was Kavanaugh — gutting longstanding precedent, and denying to others the shot at redemption so readily available to himself — who delivered the Court’s opinion in Jones v. Mississippi that even 15-year-olds can be sentenced to life without parole.

The Brett Kavanaughs of this world are given a second chance. The Brett Joneses of this world are not. I understand at 70 what I could not have grasped as a 20-year-old radical in the back of a police van in a militarized city: that as the child of ambitious and successful white parents, as an Ivy newspaper editor, being thrown in jail would not be the end of life’s possibilities, but rather their beginning.

Howard A. Rodman, a previous contributor to LARB and BLARB, wrote the novels The Great Eastern and Destiny Express, the films Joe Gould’s Secret and Savage Grace. He is past president of the Writers Guild of America West, and a professor at the University of Southern California. 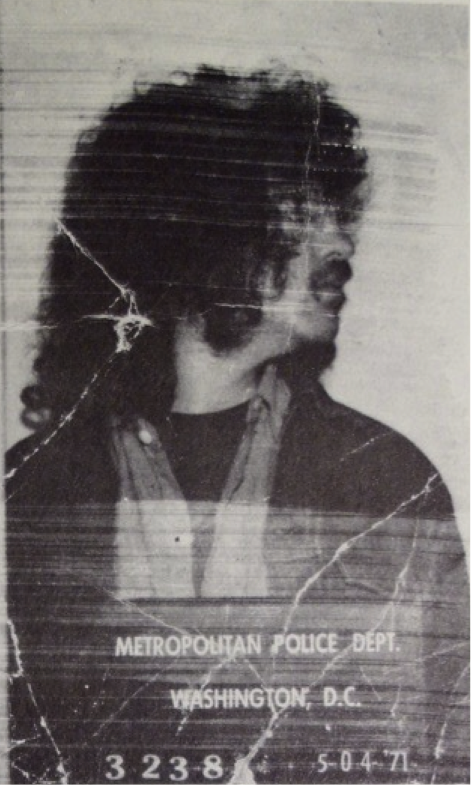