MY L.A. IN FOUR LOCATIONS »

My L.A. in Four Locations: A Jazz Tour

My L.A. in Four Locations is a running feature in which Angelenos share the story of their city through four specific places. This week, writer and photographer Lynell George explains how her early view of Los Angeles was permanently shaped by the noctural beat of the jazz landscape.

553 S. Central Avenue — Packing up his flashy suits, his fountain-penned scores, and his hubris, the great New Orleans composer and piano player Jelly Roll Morton landed in Los Angeles in 1917. Offered a gig by Lovey Joe Woodson at the Cadillac Café in Los Angeles, Morton began to build a loyal Angeleno following. After his wild gigs, he’d pile into his car and head to Watts to play all night long in roadhouses. I’d hoped to find something left. I had to squint. Use my imagination. 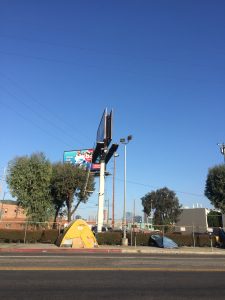 1608 N. Cahuenga Boulevard — Growing up, our radios — home console and automobile pre-sets — were tuned to the old jazz station KBCA FM. I remember the rich, floor-trembling voice of deejay Chuck Niles, back-announcing cuts from LPs: “That was Bill Evans, live at Shelly’s Manne-Hole.” As a kid, I envisioned Shelly’s Manne-Hole as just that: a place that you could access only by lifting a heavy cover and descending by ladder into a smoky room. Alas, not quite, but someone must have had the same feeling: I love the tribute that stands in its place today. 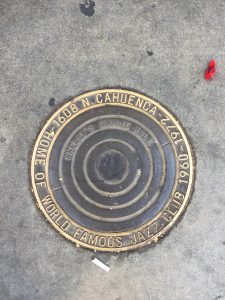 3219 Central Avenue — When I first interviewed jazz musician Buddy Collette— bandleader, composer, woodwind player, and teacher— we’d planned to discuss the historic amalgamation of the American Federation of Musicians Local 47 and Local 767 in the early 1950s. While we did spend the bulk of our time discussing the desegregation and union efforts, the conversation inevitably spun into vivid Central Avenue stories. And while he touched on clubs like the Alabam, The Downbeat, and the grand Somerville Hotel (later Dunbar), his memory held on Jack’s Basket Room, an after-hours joint: “It was where people came together after their gigs — to eat, to cut up, to play until sunup. Everybody who was in town. Everybody!” I imagined sitting in the Basket Room, instead of our booth at Nibbler’s, trying to have this conversation, as jazz royalty blasted through: “Amalgamation,” said Buddy, “was already happening there.” 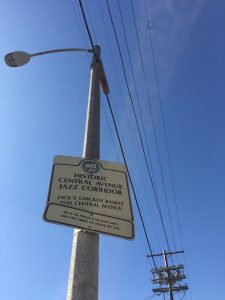 Corner of Washington Boulevard and La Brea Avenue — There were spots around L.A. that became adulthood goals for me. One of them was the Parisian Room. It was just “up the hill” on the corner of La Brea and Washington, but my parents would prepare for the journey as if they were meeting dignitaries: my father — suit, tie, and pocket square; my mother — hose, high heels, and dangle earrings. They’d leave a trail of fine cologne, setting off to see the people we’d hear spinning on the hi-fi — Nancy Wilson, Jimmy Witherspoon, Eddie Lockjaw Davis, and Joe Williams. Grown-folks’ wisdom. It’s long gone now, and, of course, I didn’t make it, but if it has to be a Post Office, one named for Ray Charles is wildly appropriate. 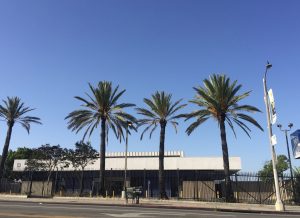 Lynell George is the author of the recently published After/Image: Los Angeles Outside the Frame. 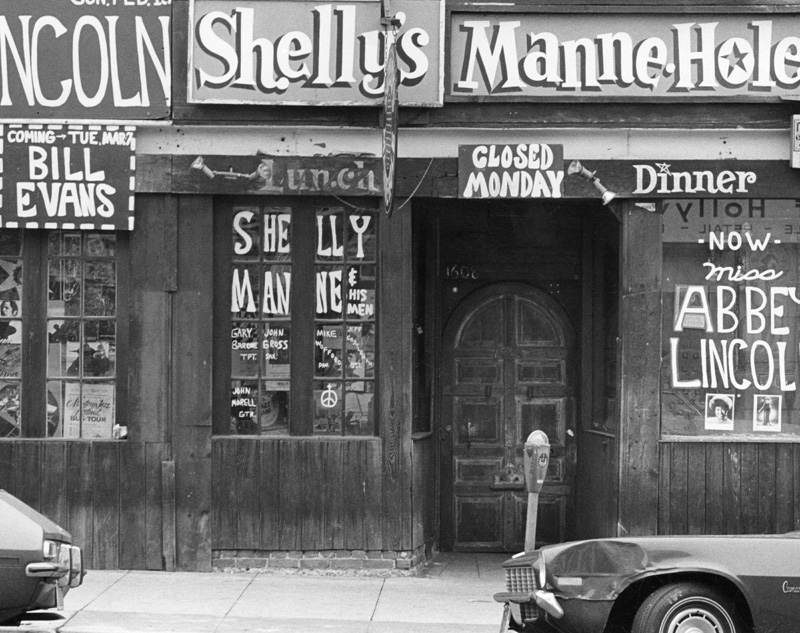 My L.A. in Four Locations: A Jazz Tour