Tom Zoellner is the author of five nonfiction books, including Train: Riding the Rails that Created the Modern World. He is the co-author of The New York Times bestselling book An Ordinary Man, and his book Uranium won the 2011 Science Writing Award from the American Institute of Physics. His writing has appeared in Harper’s, The Atlantic, Time, Foreign Policy, Departures, The Wall Street Journal, Men’s Health, the Oxford American, and many other places. An Associate Professor of English at Chapman University, he lives in downtown Los Angeles.

“Which Stranger Are You?”: On Gregg Mitman’s “Empire of Rubber: Firestone’s Scramble for Land and Power in Liberia”

Tom Zoellner reviews the new book by Gregg Mitman, "Empire of Rubber: Firestone’s Scramble for Land and Power in Liberia."...

A State of Unwholesome Fermentation: On William J. Bernstein’s “The Delusions of Crowds”

A neurological and historical comparison of mass panics and euphorias....

“Nation-Building Is No Mean Task”: A Conversation with Khin Zaw Win

A prominent scholar and dissident speaks out about Myanmar’s military rule....

The WPA Guides as a Literary School

An engaging history of the nation’s most unlikely travel series....

He Loved Everyone in Trinidad: On Martin J. Smith’s “Going to Trinidad”

A Colorado doctor put his town on the map for gender confirmation surgery. The town didn’t celebrate it....

One of Africa’s most dangerous dictators also happens to be the one most beloved by the West....

Dread and Disunity in Las Vegas: A Report from the Nevada Caucuses

Los Angeles lost a beloved local writer and his friends remember him....

All About Awe: A Conversation with Peter Heller

An adventure novelist talks about fishing, kayaking, friendship, and God....

Another Heart of the Matter: An Interview with Nii Ayikwei Parkes

What Is Good in Man Is Love: An Interview with Elias Khoury

A lion of Lebanese literature reflects on art, religion, memory, and pain....

Doomed to Survive, but Not Live: An Interview with Joumana Haddad

A Lebanese essayist speaks out against the domination of the body....

Making It in L.A.: An Interview with Joe Donnelly

Joe Donnelly talks about L.A. culture, the art of the interview, the formalism of celebrity profiles, and his ideal partner for a long road trip....

The Serial Killer as a Marketing Genius

Tom Zoellner on the Zodiac Killer and the man who's still searching for him....

Where It Happened: Documenting the American Places We’d Like to Forget

A gorgeous photo album of America’s unvisited places of its troubled past....

Pulling the Fire Alarm: The “L. A. Times” Editorial Board Versus the Bully-in-Chief

The “L. A. Times” editorial board indicts the 45th president....

Above and Below the Fruited Plain: On Edward McPherson’s “The History of the Future”

A trip through the contemporary American landscape featuring portraits of eight different cities by a creative writing professor....

Tom Zoellner talks to Simon Birch about his new exhibition, "The 14th Factory."...

You’re The Puppet: Trump, the Death of Truth, and the Silence of the Left

Tom Zoellner and Michelle Chihara on recreating a shared vision of a progressive nation....

Orange County’s local distinctions can be traced to the time when the orange was monocultured king, and the local economy arranged around it....

A brief survey of gold mining literature across the Americas....

Where Criticism Is Counterrevolutionary: Tania Bruguera on Cuba and the Fight for Free Speech

An exclusive interview with Tania Bruguera following the Havana Biennial exhibition of art....

Why Won’t Keirstead or Rouda Bow Out, Open Door for Rohrabacher Defeat in CA 48? 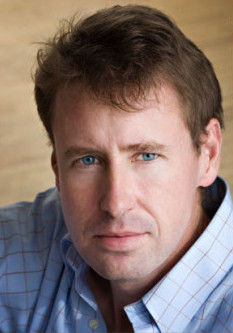