THE AMAZON is burning. Newscasters habitually describe the rainforest as “the earth’s lungs” and try to convey to viewers the specific impacts a burning Amazon will have on climate around the world. As I hear the stories, my imagination does a rapid-fire zoom, conjuring a scene like that depicted in the French nature film Microcosmos but far more frantic. Instead of seeing a vast and abstract rainforest burning, in my mind’s eye I see small creatures, a teeming galaxy of them, toiling, courting, resting, and then all of them extinguished. The multitude of worlds in peril seems personal.

Of course, the Amazon is not our only problem. We have daily news of hurricanes, searing heat waves, disappearing coral reefs, devastating wildfires.

When nature is threatened, writers often feel called upon to give expression to the costs. Walden was inspired by the fear that industry was separating people from the natural world. Silent Spring alerted its public to the threat of environmental pollution. Dire times, in short, tend to inspire worthy books about nature in crisis. It follows, then, that over the past 15 years, we have witnessed a resurgence of nature writing, both in terms of memoirs (Rebecca Solnit’s A Field Guide to Getting Lost, Helen Macdonald’s H Is for Hawk) and of books analytically spelling out the stakes, like Thomas Friedman’s Hot, Flat, and Crowded and Elizabeth Kolbert’s The Sixth Extinction.

Every book about nature is a type of protest book.

Earlier this year, an essay in Esquire called this a golden age for nature writing, which it is. In the books featured in that piece, people interact with the natural world to discover something about themselves — nature as edifier or clarifier. Those books follow the tradition of the Romantic poets and Thoreau. While that’s a noble tradition, the books featured here are different, in part because they blend art and nature. These books are about what the natural world does when humans aren’t around.

Perhaps unsurprisingly, they have European origins, offering up their authors’ fascination at the intricacy of it all, the daily toil and ardent courtship involved, even the DIY artistry of plants and creatures. Brought to life by incredibly talented illustrators and photographers, they soar, slink, unfurl, and float off the page as Darwin’s gorgeous little angels and demons.

Emmanuelle Pouydebat’s Atlas of Poetic Zoology is an odd, idiosyncratic compendium, a quirky, highly personal encyclopedia of sorts. On the cover, Julie Terrazzoni’s arresting illustration of a pygmy seahorse peeking out from pink sea coral gives a taste of what’s inside. Her illustrations alone pop with color and texture throughout this book, making the book well worth its cost.

Occasionally, Atlas feels like a children’s book reimagined for adults. Translated from the French by Erik Butler, the publisher had it handsomely bound in Portugal, which contributes to the artful aspect of Pouydebat’s menagerie. The animals are categorized according to her own system (“Camouflage, Protection, Defense,” and “Seducing to Live”). The scientific terminology aside, she is an author eager to express her enthusiasm for her subjects, including for the Blue Dragon Sea Slug (Glaucus atlanticus), the Red-Lipped Batfish (Ogcocephalus darwini), the tardigrade (Jesus, the tardigrade). To this end, she uses exclamation marks liberally — sometimes two exclamatory sentences in a row. She is not holding back.

In one passage, she writes, “[P]icture the depths, 30 meters down, off the coast of Amami-Oshima, an island in Southern Japan. Here, the pufferfish does something that has puzzled researchers for years.” If the author’s breathless prose can be cloying at times, it’s also hard not to get carried along: the pufferfish actually does do something wondrous and strange, creating an intricate pop-up construction that has a startling kinship to what an art and architecture collective on the side streets of Silver Lake might do.

The book is also full of dire warnings about the impending demise of these species, more imminent in some cases than others. Accompanied by Terrazzoni’s illustrations, the author’s rapturous attention to every detail of a few select insects, fish, birds, and mammals does exactly what she intends: it leaves the reader feeling awestruck, avidly wanting to protect these creatures and their rites and rituals. In her otherwise celebratory conclusion, she reminds us that “[e]ighty percent of the insects in Europe have vanished — along with 30 percent of the birds that rely on them to exist.” Referencing these tragedies, the majority having occurred during her short life, she writes, “[M]y words are like tears.” Is she writing an artful, playful compendium or a book of obituaries? She is clearly wondering herself.

Peter Wohlleben’s The Hidden Life of Trees is an insider’s look at a parallel world. It is also translated, this time from the German by Jane Billinghurst. Wohlleben is a forester who now manages an academy as well as an environmentally friendly woodland. Just writing that makes this all seem like a precious affair, but his book is anything but. This edition of Hidden Life is an excerpted coffee-table-style book — with realistic and beautiful photos. When paired with Wohlleben’s text, the images enable a kind of sensual readerly immersion. Carefully and poetically describing the symbiotic nature of the forest, he shows how fungi connect trees, enabling them to communicate with, and even help, one another. The forest, in other words, is a true network. To be sure, Wohlleben’s habit of anthropomorphizing trees can be annoying (he describes them “screaming” in pain), but his passion and vast knowledge excuse him.

Indeed, The Hidden Life of Trees has been a quietly groundbreaking book, revealing a previously unseen and deeply mysterious network of tree communication that makes a strong case for trees leaning on each other (sometimes literally). It’s the kind of book that comes up in conversation, is quoted in liberal churches, and was the inspiration for Richard Powers’s Pulitzer Prize–winning novel The Overstory. It holds up the tree system as something we should aspire to. Pointing out the terrifying consequences of environmental change and degradation, it also, more hopefully, describes trees’ resilience to adversity. In short, it’s far more than a typical coffee-table book; after reading it, no hike or walk in the woods is ever the same.

Sometimes our fears of what we might lose can trigger a renaissance in nature illustrations as well. One of the most consequential and best examples of this has been Robert Macfarlane’s The Lost Words: A Spell Book. A sensation in the United Kingdom, it won the Children’s Book of the Year at the British Book of the Year Awards, which in turn helped spawn a slew of donation campaigns and even a folk album.

Macfarlane and illustrator Jackie Morris introduce the book as an ode (and, as the title states, “a spell”) to conjure back words that were dropped from the Oxford Junior Dictionary in favor of words connected to technology — like “cut and paste” and “broadband.” It is almost impossible to believe that the word fern, immortalized by E. B. White in Charlotte’s Web (a book that has possibly subconsciously spawned an army of bacon-averse vegetarians), is going missing from children’s bookshelves. The Lost Words is as much for adults as it is for children, and the sumptuous illustrations — a rabbit resting in heather (heather being the lost word), a dandelion seemingly torn out by its roots but lofted up as if expecting to be crowned — are so breathtaking that the book almost begs for its own pedestal, in the way of Bibles of yore.

And why not? The Bibles were given pedestals to ensure that they were first on everyone’s minds — elevated, distinct, worthy of daily meditation.

Macfarlane’s poems are more directly geared toward children: “Otter enters river without falter — what a / supple slider out of holt and into water!” The images here — as in all three books — remind us that a human-centric approach robs us of genuine appreciation for the elegance and beauty all around us. The authors are determined to drive home the fact that nature is not an abstraction — but rather that these micro-universes are parallel worlds, possibly as complex as, if not more, than our human one.

In general, this resurgence in nature writing returns the natural world to the center of human perception. We are encouraged to observe, wonder, and stand in awe of its functions and artfulness. These books, and a few currently waiting in the wings, show flora and fauna to be part of ancient systems, most of them existing long before our species’s dominion. The gist of these three books is that we need to use our own vast resources to help — radically and immediately — or watch them inexorably die one by one, or all at once. And then it will be us.

Sara Scribner is an L.A.-based author and librarian. Her articles have appeared in a wide array of venues.

The Hidden Life of Trees 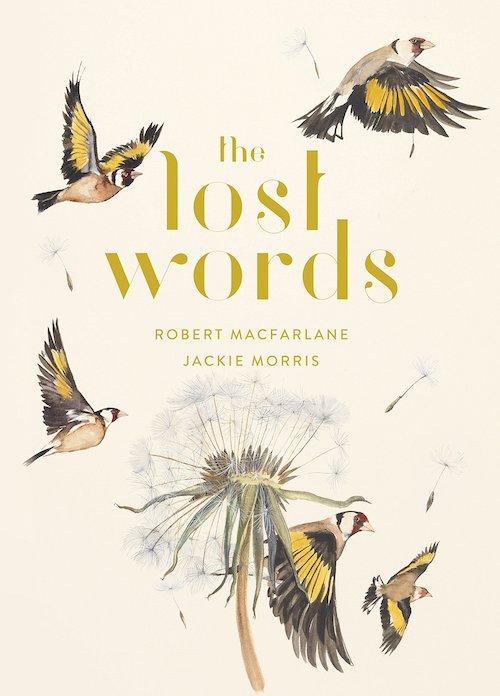