GERMAN NAZIS and their collaborators murdered six million Jews, including some 165,000 who were German citizens. This systematic barbarity was preceded by a crescendo of malicious discrimination and harassment, beginning with Adolf Hitler’s appointment as chancellor of the Reich — he called it the Third — in January 1933.

Within weeks, the persecution of the Nazis’ political opponents began — Social Democrats, communists, leftist journalists, pacifists — but also of Jewish citizens and eventually others considered misfits, such as Sinti and Roma, homosexuals, the mentally impaired, and Jehovah’s Witnesses. Of the half-million Jews who lived in Germany in 1933, 350,000 had managed to escape by 1941, many of them to the United States, Palestine, Great Britain, Central and South America, and to Shanghai in Japanese occupied China. Why would thousands of their children or grandchildren now move back to Germany?

This question is at the heart of the new nonfiction anthology A Place They Called Home: Reclaiming Citizenship, edited by Donna Swarthout, who moved to Berlin in 2010 and began blogging about the experiences of a German-American Jewish family. Her answer is that “claiming the right to once again become a full member of German society is a powerful form of restorative justice for the families that were persecuted.”

This is not a sentimental book. But every essay shows that Germany was a home in a more profound sense than merely geographic. Many of the exiles longed for it, even though its government had gone insane. Dena Rueb Romero avers that even “in loss, Germany was part of our home.” Her father brought a bag of earth from his village in Germany to mix into the soil around the family’s house on the Connecticut River.

The refugees were culturally, patriotically, and sentimentally German. Some remained so even in the country that took them in. “Although I was born in the United States, I was raised as a European by Europeans,” writes Peter Meyer. “Many immigrants to the U.S. fully embrace their new country but my parents (and grandparents) never did.” Ruth White writes:

What we ate, how our house was furnished, what my parents read, and the music they preferred — none of it was shared by my friends’ parents. My home was a German one. The food, the expected deportment, the style of dress, the mannerisms, the language around me, the nursery rhymes, my parents’ friends — all German.

Back in the early part of the 20th century, Rabbi Kevin Hale’s grandfather

embraced the newly formed nation-state of Germany with all the enthusiasm of a young boy, with all his heart, soul and resources, which in his last years he invested in German War Bonds. He was proud to be German, proud to live in Hamburg, proud to have a seat at the Hamburger Börse.

Those who got out — almost all before the 1938 November pogroms — were the lucky ones.  Mainly young, middle-class, cultured, secular, urban professionals, they found new careers rather quickly in their new countries. It is their children who are writing the stories that are touching throughout. Most parents would never have thought of reclaiming German citizenship — and would not have consented to their children doing so. In many households, German products were boycotted. “Alarmed older members of the tribe still see Germany as A Very Bad Place” and want nothing to do with it, notes Maya Ergas Shwayder, whereas younger ones view their German citizenship as testimony that the Nazis did not win after all.

All take their new German passports, that are also those of the European Union, as a token of restitution. The number of Jews living in Germany now is about 250,000, of whom 100,000 are organized in over 100 Gemeinden (communities).

The contributors, all of whom have reclaimed German citizenship, report unexpected encounters with non-Jewish Germans, whether helpful consulate staff, archivists, or filmmakers. “Germany is no longer a place of fear,” writes Hale, and Berlin is a place that “speaks to me like no other,” observes Nancy Krisch.

Yermi Brenner, together with his Croatian wife, moved to Berlin from Israel after both finished their studies, because, compared with New York or Tel Aviv, they find it “affordable, more mysterious and interesting.” Many municipalities have invited their expelled citizens back for formal events, and the reports are poignant. There is also the story of a Stolperstein — a commemorative brass plaque — installed in the sidewalk outside the house or apartment of someone deported and killed by the Nazis. It is a powerful reminder of what Germans did to their fellow citizens. How their cruelty benefited those countries that took in those mercilessly expelled is a question in the background of this illuminating book.

The last chapter is a detailed list of facts and figures. It follows an extraordinary collection of personal essays that are both unsentimental and ultimately hopeful. But they are also a testimony to the fragility of politics. In the Federal Republic of Germany, decency emerged from the profoundest of evil.

Franz Baumann, PhD, is a visiting professor at New York University, who focuses on the governance of climate change. Prior to entering academia, he worked for the United Nations for over 30 years in many places and capacities. As an Assistant Secretary-General, his last assignment was special advisor on the Environment and Peace Operations.

A Place They Called Home

Reclaiming Citizenship. Stories of a New Jewish Return to Germany 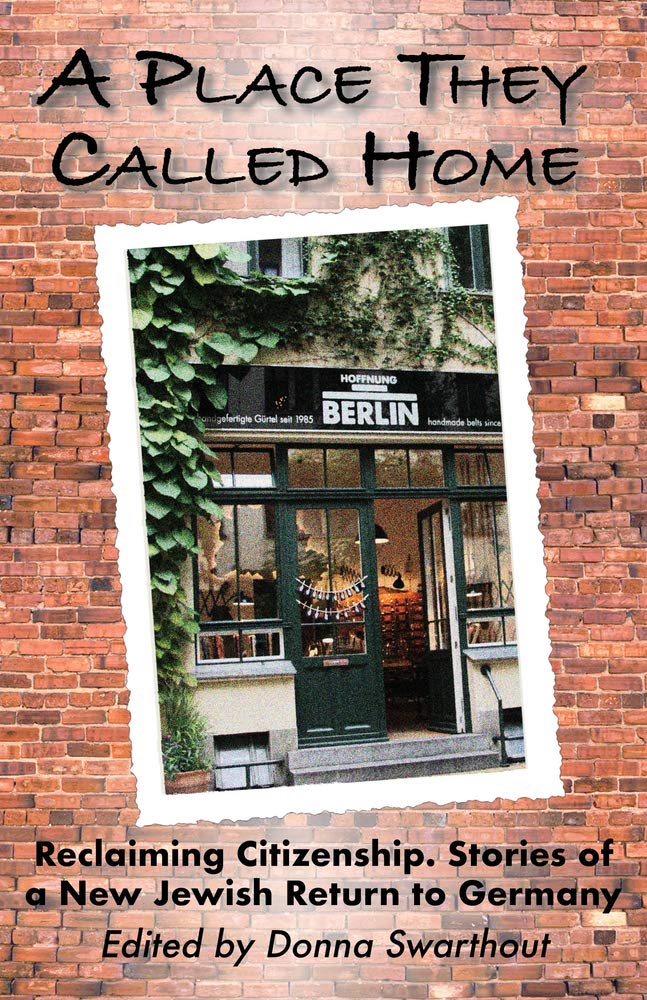