WILLIAM GIBSON NOTICES THINGS others miss. While his science fiction novels are often described as prescient, what defines Gibson’s body of work is the extraordinary refinement of his focus on the present.

When everyone is talking about the features of the latest Silicon Valley gadget, he might peer at the physical thing itself — from what materials is it constructed? How does it feel cupped in the palm of a hand? What do the awkward lines of its design call to mind? Who might have access to the data it collects? When Wired asked him to write an essay about Tokyo in 2001, he spent a sleepless night wandering the interzone of Roppongi, noting how a particular sex worker looked like she might have stepped straight out of a neon-saturated, hustler-filled, pre-Bubble version of the city. By exploring the ragged edges of things, Gibson consistently manages to shed new light on the strange world we inhabit, coining terms like “cyberspace” and making oft-repeated observations like, “The future is already here — it’s just not evenly distributed.”

In his new novel, Agency, the future is very unevenly distributed. The book weaves together three interacting story lines: the first is set in an alternative 2017 San Francisco where — among other things — Trump didn’t become president. The second story line takes place in an apocalyptic American South that may or may not be in the process of renewal; the third occurs in a high-tech, post-apocalyptic 22nd-century London. All three story lines evolve along their own independent timelines as they indirectly influence each other. The characters, plot, and world are kinetic — spinning off ideas as they hurtle into something new. The story grapples with literally revisionist histories, the branching, unpredictable nature of all the possible futures that splay out from the fulcrum of our present, and just how difficult it is to achieve “agency” in a culture spiraling out of control. Agency reflects how aggressively weird life has become as we embark on the century’s third decade. Reading it feels like gazing into our collective Instagram feed, sans filter.

In the following conversation, we discuss how Gibson tracks reality’s “fuckedness quotient,” how to avoid terminal shortsightedness, and the creative process behind Agency.

ELIOT PEPER: What is Agency’s origin story? How did it evolve from the first glimmer of an idea to the book I’m holding in my hands right now? How did events change the shape and direction of the novel?

WILLIAM GIBSON: The original working title was Tulpagotchi, from tulpa, an occultly projected humanoid thought-form, and Tamagotchi, the handheld digital pet circa 1996. My publisher didn’t seem fond of it at all! The story seemed to me to be a romp of sorts, a sort of upbeat digital Thelma & Louise.

As ever, I wanted to avoid writing any sort of second part of whatever most recent book was in danger of becoming a trilogy, something I’m yet to succeed in escaping. Verity, Eunice, and Joe-Eddy’s apartment presented themselves, more or less as they are at the start of Agency, and I imagined some snarky parodic transit through the sleazier depths of Silicon Valley. A number of characters were developed for that, never to be used. Then Donald Trump descended that escalator, to announce his candidacy, and I experienced a disturbance in the world’s fuckedness quotient (as Milgrim thinks of it in Spook Country). The FQ went up yet again with the Brexit Referendum vote, then entirely off the chart with the outcome of the presidential election. My proposed romp looked merely silly, and the zeitgeist I’d started it in gone, the new one profoundly unfamiliar.

Eventually, I began to feel as though we were in something like a stub in The Peripheral, a disrupted timeline, and finally I saw Verity and Eunice as inhabitants of a different stub, the creation of tinkering from the 22nd-century London of The Peripheral.

Which you’ll know took a while, if you advance-ordered Agency when it was first announced.

“Agency” is what many of the characters, human and AI alike, are seeking over the course of the story: agency in a strange, confusing, rapidly changing world. What did you learn about what it means to find agency in our own lives and world from inventing theirs?

I think I’ve learned that we need, individually, to find those areas in our lives where we do possess agency, and attempt to use it appropriately. And it seems to me that’s evidenced most attractively in maintaining an operative sense of humor.

You’ve said that while science fiction might appear to be about the future, it is actually about the present. What has tracking the “fuckedness quotient” of the present taught you about the future? How has it changed your understanding of the past, and the historical counterfactuals that might have been — or might be our stubs?

I’ve long assumed that historical fiction is fundamentally speculative. We revise factual history as we learn more about the past, and we alter our sense of how the past was in accordance. Our sense of what the Victorians were about bears little resemblance to our parents’ sense of that. If the Victorians were able to see what we think of them now, they’d consider us mad. Given that, the creation of an imagined past is like the creation of an imagined future, but even more demanding. The most demanding form of science fiction, it seems to me, is alternate history, of which I’d offer Kingsley Amis’s The Alteration as a singularly successful example.

What have you noticed in the interstitial spaces of our aggressively weird world since putting the final touches on Agency? Now that the book is working its way out of your system, what is catching your attention?

It hasn’t really worked its way out, alas. It’s dormant still. I’ll start to have a different sense of it in January, when I tour it. I find that reading it aloud to live audiences has a very profound effect on me. It reveals itself to me for the first time. In the meantime, I’ve had the very uneasy experience of watching an actual crisis affect Qamishli, the Syrian city whose name becomes familiar to readers of Agency, and the bittersweet minor luxury of not having to dream up Lowbeer’s eventual explanation of why the United Kingdom’s failure to actually Brexit still resulted in the terrible history she’s lived through.

“Terminal shortsightedness” seems to be at the heart of the multifaceted, slow-motion catastrophe of the jackpot, and of the authoritarian klept. How can taking the long view be more effectively encouraged? Might doing so on an institutional scale require some form of “Adjustor,” whether clandestine like Lowbeer or transparent like Eunice? What’s an example of a difficult, important choice you struggled with in your own life where you ultimately sacrificed the short-term in favor of the long-term?

I have a nagging suspicion that evolution (a wholly random process, though too few of us understand that) has left most of us unable to grasp the idea of an actual apocalypse being possibly of several centuries’ duration. The jackpot began one or two hundred years ago, it seems to me. I myself can dimly recall a world before utterly ubiquitous injection-molded plastics. Toys were of metal, wood, rubber. Styrene was as exotic as Gore-tex, briefly. I’m yet to discover any record of a culture whose imagined apocalypse was a matter of centuries. I doubt anyone has ever stood out on a street corner wearing a sandwich board reading, “THE WORLD IS COMING TO AN END IN A FEW HUNDRED YEARS.” Even before we became as aware as some of us now are of climate change, and of the fact that our species has inadvertently caused it, we seemed to be losing our sense of a capital-F Future. Few phrases were as common throughout the 20th century as “the 21st century,” yet how often do we see “the 22nd century”? Effectively, never.

What did writing Agency teach you about the craft of writing fiction? How are you different for having written it?

Not to give up. To keep writing. I have to relearn that each time, but this time was really something else. 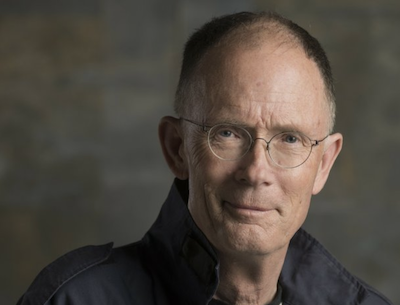