… one can never wrestle enough with God …

MARY FLANNERY O’CONNOR described herself as having been a “pigeon-toed child with a receding chin and a you-leave-me-alone-or-I’ll-bite-you complex.” The writing she produced in her short life still astonishes, and the greedy among us have hankered for more. Now that wish has been granted. A new O’Connor text, a fervent journal she kept as a 20-year-old, has come to light. It’s an intimate document of self-construction and spiritual supplication.

According to the publisher, “nobody had ever noticed before” that the brief journal was tucked “inside a bundle of papers.” In 2002, O’Connor scholar William Sessions found it while researching a biography. The journal was written in a Sterling notebook, a facsimile of which comprises the second half of A Prayer Journal, providing a peek at O’Connor’s earnest-looking, tidy handwriting (described by one observer as “very Palmer Method”).

A Prayer Journal was written between 1946 and 1947, during O’Connor’s stint in the Iowa Writer’s Workshop, where her penmanship was considered a good deal more legible than her speech. Her Southern drawl was so thick that workshop members resorted to reading her stories aloud for her when it was her turn for critique, as few of her peers could decode her molasses-mouthed pronunciation. (If you’re curious about what O’Connor’s voice sounded like later in life, you can listen to a couple of recordings online. Likely her accent is milder in these audio clips than it was back when she was freshly arrived in Iowa from deepest Georgia.) In his biography Flannery, Brad Gooch says that during their initial meeting the director of the Iowa Writer’s Workshop had to ask O’Connor to write down what she was trying to say, after prompting her to repeat herself twice and still failing to understand her.

O’Connor was thus thrice an outsider in Iowa: instantly identifiable as Southern, a profoundly observant Catholic, and a writer so gifted that she stood out even in the rarefied company of the Writer’s Workshop. She may have been the only workshop member who went to mass every day. She was almost certainly the only student to arrive in Iowa toting a 15-pound muskrat coat as a hedge against the coming Midwestern winter. During her time in Iowa, she often writes about being lonely.

Also, O’Connor reckons strenuously in her journal with what were (arguably) the two most powerful forces in her life: her faith and her prodigious, as-yet-unplumbed literary gifts. Her writing genius and her faith are inextricably linked, because for O’Connor nothing is possible without God. “God must be in all my work,” she declares. “I want to be the best artist it is possible for me to be, under God.” “Don’t ever let me think, dear God, that I was anything but the instrument for Your story — just the typewriter is mine.” If one wanted to be glib, one could say that the journal positions God as the ultimate ghostwriter: “If I ever do get to be a fine writer, it will not be because I am a fine writer but because God has given me credit for a few of the things He kindly wrote for me.” She continues dryly, “Right at present this doesn’t seem to be His policy.”

To read A Prayer Journal is to witness a young writer coming into her genius. She scrutinizes herself on every page, sometimes roughly, as both believer and fiction writer. Her journal is characterized by plenty of self-admonishment. She fears being “mediocre.” She berates herself as “lazy.” One gets the sense she intuits her incredible literary potential, but she is wary, alert to the pitfalls of self-deception and arrogance. Occasionally she even second-guesses herself: after making a joke about heaven she writes, “But I do not mean to be clever although I do mean to be clever on 2nd thought and like to be clever & want to be considered so.” Now downcast, now optimistic and determined in her writerly aspirations, she appeals to God for grace as prerequisite to any real accomplishment. Perhaps all artists require some mysterious force as focus of devotion — a deity of sorts — some sacred flame to warm their souls by the light of, to humble themselves before, to beseech, to scourge themselves with, to hold their work up to as loving or terrified offering.

As a devout Catholic intellectual, O’Connor seeks God’s active participation in her quest to rustle up the guts and seriousness required to make great fiction, praying simultaneously to achieve deeper and deeper belief, always characteristically relentless with herself. “Dear God, I cannot love Thee the way I want to. I do not know you God because I am in the way. Please help me to push myself aside.” “Give me the grace to adore You,” she prays “with the excitement of the old priests when they sacrificed a lamb to you.” She is as intensely ambitious as spiritual being as she is as artist.

Alive with the energy of a hyper-bright 20-year-old on the cusp of her destiny, the O’Connor of the journal is almost shockingly vulnerable. As you read you feel her rising to meet her fate, her voice already crisp, witty, brilliant. This is a journal of restless reverence, of revving up, heart in hand, to total and dual commitment: except if a man cannot serve two masters, how is Flannery to be the handmaiden of her beloved writing as well as her adored religion? She can achieve this as servant of art solely and always through God. For O’Connor, nothing less would do.

Regardless of his or her relationship to faith, anyone who has ever felt or longed for a true “calling,” will probably find O’Connor’s yearning to be a “fine writer” resonant. At one point she moans, “I will always be staggering between Despair & Presumption…” At another juncture she makes an observation any artist can understand: “When something is finished, it cannot be possessed. Nothing can be possessed but the struggle.”

Beginning on page 30 in A Prayer Journal there is a breathtaking entry, one of those not addressed directly to God; two and a half pages on spiritual, temporal, supernatural, and erotic love. Though of a piece with the rest of the journal, in many ways, the prose here leapt out at me; perhaps because I have special interest in this subject, and because, in this entry, the rhetoric is especially heady. The passage may also have struck me because it strongly foreshadows O’Connor’s emphatic voice in her mature essays. Additionally, this particular piece is a great example of her unique, exalted admixture of the spiritually passionate, the acutely observant, the cerebral, and a kind of in-your-face straightforwardness that exists in her fiction. She begins by making a bold statement:

To maintain any thread in the novel there must be a view of the world behind it & the most important single item under this view of world is conception of love — divine, natural & perverted. It is probably possible to say that when a view of love is present — a broad enough view — no more need be added to make the world view.

When at Iowa, assailed by arguments and doubts from within and without, O’Connor quickly realized she had to respond to all questions about the relationship between her faith, her intellect, and her fiction to her own exacting satisfaction. And she knew, though not entirely comfortable in the university milieu, though her environment was peopled by professional skeptics and their skeptical apprentices, that she must do so both publicly and privately. “At every point in this educational process, we are told that it [faith] is ridiculous, and their arguments sound so good it is hard not to fall into them.” She bolstered herself not only by going to church daily, but by reading important Catholic thinkers (of whom she was becoming one) alongside secular literary writers, including Kafka (whom she pitied in her journal, saying, “I feel his problem of getting grace”). It’s fascinating to observe her using the journal to create an ideology, to build her personal credo on the Catholic artist’s responsibilities to God, the Church, herself, her art, and her readership, views she articulated with resounding certainty in beautifully reasoned essays a decade or so later, such as “The Church and the Fiction Writer” and “Novelist and Believer.”

One can read A Prayer Journal buoyantly, with a good deal more cheer than was likely felt during its writing. One can savor it, without feeling the sort of pity O’Connor professed to feel for “Mr. Kafka,” despite the fact that it’s a chronicle of sincere spiritual struggle. Perhaps this is because we know some things the 20-year-old Flannery did not. We know that her lofty sense of mission was entirely realized — that her work became and remains a gold standard in fiction. Thanks to our omniscient hindsight, we also have the benefit of knowing that though she was quite ill much of her life, succumbing at 39 to the same nasty autoimmune disease that had killed her father when she was 15, Flannery O’Connor never lost her talent or her faith.

Amy Gerstler’s most recent books of poetry include Dearest Creature, Ghost Girl, Medicine, and Crown of Weeds. She teaches at University of California at Irvine. 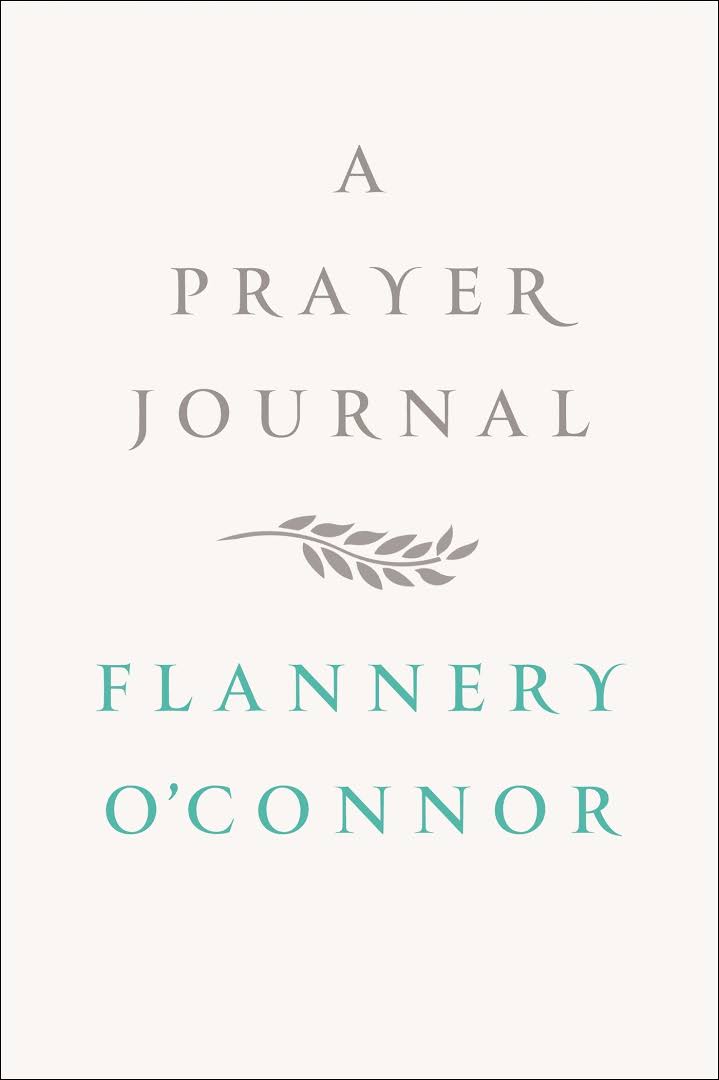