CONCEPTUAL ARTIST Jenny Holzer is most famous for the short statements she calls Truisms, which she wrote to resemble existing maxims and clichés. She began the series in 1977, and by 1979, she had written several hundred one-liners: “ANY SURPLUS IS IMMORAL,” for example, or “ABUSE OF POWER COMES AS NO SURPRISE.” Holzer projected some of these Truisms onto skyscrapers. The series uses shape-shifting voices to express a wide range of biases and beliefs. One moment it is easy to agree heartily, the next to turn your lip up in disgust. The fast-moving provocations have the rhythm of truth yet only reveal that reality is relative, and viewers must think for themselves about which notions are legitimate or corrupt.

I was reminded of the fraught and disorienting nature of Holzer’s Truisms while reading Rafael Chirbes’s gorgeous novel Cremation (Crematorio, 2007), translated into English by Valerie Miles and released by New Directions in 2021. Cremation opens with the death of patriarch Matías, a former anti-Franco revolutionary whose demise prompts a rich and powerful assortment of characters to meditate on their trembling self-certainties. “What you can’t solve is not a problem,” one character says, Holzer-like. “Only worry about the problems you can actually solve.” Cremation is a post-Franco epic about a family involved in the real estate boom along the Mediterranean coastline of Spain. It is a study of hyper-capitalism presented in poetic prose, and it puts the reader in a constantly unnerved position trying to sort the reasonable from the absurd. “An elite is finite by definition,” another character’s Truism offers. “It aspires to exclusivity.”

Cremation is told in a rotating stream-of-consciousness style across a constellation of characters who were connected to the late Matías, a proponent of green issues, and his older brother, Rubén, who dreamt of being an architect but instead grew up to be a property developer. “I can’t identify anything made in the spirit of pure genius,” Rubén says. “Genius rises above material limitations, above the enigma of technique, and today the materials and the techniques have already been figured out. Everything is already solved.” Rubén’s false modesty while emitting grandiose statements obscures his self-interest. The rambling historical setting of the novel features traffic jams, coastline demolition, and uncontrolled urban growth. Rubén says, “Our main problem is that everyone wants a more luxurious apartment than the one they already have and a second home in some exclusive neighborhood with views of the sea or a snowcapped peak.”

Valerie Miles’s translation is a real feat: she makes the grandiosity of the freeform contemplation musical in its persuasiveness. Despite the traveling consciousness and the sweeping narrative that covers years, Chirbes’s language, via Miles, keeps the reader anchored, and a great deal of the profundity of this sweeping book comes from its fierce attention to particulars. Take, for example, the material involved in the rapid coastline construction. In an early passage, Chirbes writes about the prior century’s invention of “reinforced cement, […] its advantages over other materials, […] its strength, its durability, its reduced cost and ease of production.” He goes on:

[T]he component materials of reinforced cement can be found everywhere, within arm’s reach; it’s easy to work with, requires no specialization; it’s highly ductile and adapts to a wide variety of forms; it’s stronger than natural stone. It resists corrosive conditions, particularly in marine environments.

In the spirit of Holzer, the poetry of this cement advertisement brushes past many material realities: for example, cement produces large volumes of greenhouse gas and causes damage to the surrounding environment. But Rubén puts the case for cement with self-assured poise, quoting Frank Lloyd Wright, who said that, “thanks to the invention of reinforced concrete, a building could be designed to look like a flag held in the fingertips of outstretched arms.”

In a blog post on Chirbes’s work, Chad W. Post highlights a notable survey by Spain’s daily newspaper ABC, “carried out among a hundred writers, editors, literary agents and cultural figures.” In first place for best Spanish-language novel of the 21st century was Mario Vargas Llosa’s 2000 La fiesta del Chivo (The Feast of the Goat, 2001). In second place was Crematorio. “In a true tête-à-tête with the winner, the work of Rafael Chirbes stands out enormously,” the survey says. “Using a realist point of view it has understood how to depict the profound (economic, moral, almost total) crisis of Spanish society in a painful and accurate way.”

Some characters in Cremation profess to revile the unchecked capitalism that surrounds them. Take Silvia, Rubén’s daughter by a previous marriage, who describes the (fictitious) town of Misent as “an insipid theme park, a stupid place for a vacation.” “There’s quality of life, but only relatively,” she says. “[U]uncontrolled development is crushing the city, half-built structures in use all over the place, construction sites everywhere, it was built for a population only half its size off-season and a fourth of its size in summer.”

As with Holzer’s Truisms, though, the reality of the situation comes constantly unfixed. Even Silvia, an art restorer by trade, accepts money from the uncle she condemns. There are no saints under capitalism. In post-Franco Spain, the Integrated Development Plan of the new urban classification system upended the country’s land title structure. One character explains that ownership went “from being in the hands of small farmers to a mafia made up of twenty corrupt builders.” Chirbes quotes Karl Marx saying that capitalism is born by destroying the private property it purportedly defends: “Only by sweeping up private property can the primitive accumulation of capital take place.” As Rubén’s right-hand man, Ramón Collado, an arbiter of the dirty work involved in the real estate boom, explains,

[W]e did what we had to do given the circumstances, what those classical economists used to call primitive accumulation of capital, the country had to establish a new class after Franco, but didn’t have the resources to do it; and now that class is closing its borders, the quota’s full, now it’s time to hinder social mobility, no more shimmying between classes, no more permeability. Absolute porousness is confusing, and a confused society is condemned to bankruptcy.

The family in Cremation has plenty in common with the dysfunctional owners of a global media conglomerate in HBO’s Succession. The Roys, like the family in Cremation, are almost as frightened of acquiring the power they chase as they are cutthroat about chasing it. Both stories feature characters vying to replace the patriarch, as well as the utter spiritual emptiness and loneliness of becoming king. These stories of the ultra-rich are deliberately challenging and littered with self-contradicting epiphanies, and they leave their audiences feeling fraught, drawn as much toward the dubious as the righteous.

“Day will rise and you or someone like you will try to make something up about it,” Rafael Chirbes writes in this stunning, sweeping novel. “I’ve already made enough up. I’m tired of contriving meanings for things that don’t have any.”

Nathan Scott McNamara is a nonfiction and fiction writer whose work has also been published in The Atlantic, The Washington Post, The New York Times, The Village Voice, Poetry Foundation, Literary Hub, and more. 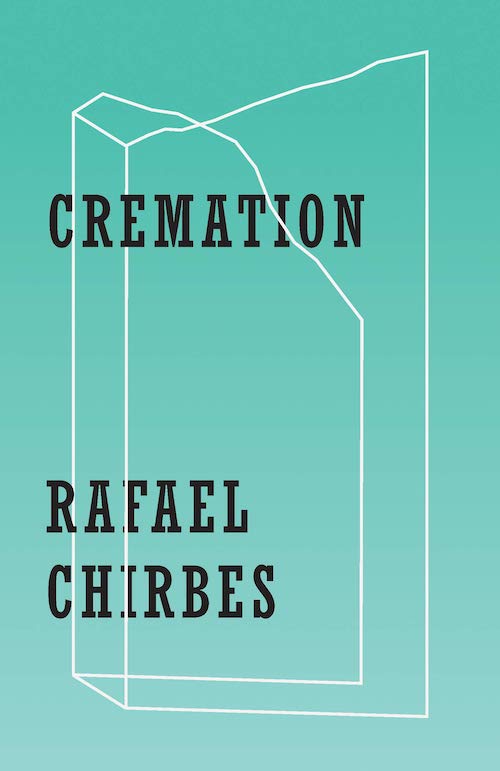