INDIANS HAVE BEEN in all the headlines about the protests against the Dakota Access Pipeline. But unfortunately, most of the stories haven’t been about Indians at all.

The protests included presidential hopeful Bernie Sanders, and celebrities like Mark Ruffalo and Shailene Woodley, who was arrested last fall. Countless others took to social media to proclaim, “We Stand with Standing Rock. #waterislife.”

The narrative here is so timeworn as to be banal: every epoch of American history has featured the callous removal of indigenous obstacles to the expansion of corporate capitalism. A march on Washington earlier this month made the symbology plain: circling the Washington Monument were a phalanx of white teepees, erected by indigenous protesters and allies who descended on the National Mall for a four-day long protest against the Trump administration and its policies. The tableau presented by nearly every news outlet was stark: this was American Indians versus the federal government; Big Chiefs versus Big Oil; spirituality versus capitalism. But the optics of the protest have been misleading.

Indians have simply functioned far too long and incoherently as ciphers for anti-establishment and anticapitalist idealism, and not just for white liberals. The phenomenon has been a national tradition of sorts at least since the Boston Tea Party, when the aggrieved subjects of a fledgling nation donned Mohawk disguises to toss their pecuniary burdens into the sea. Twenty-first-century Tea Partiers similarly protested Obama’s tax plan while garbed in homemade headdresses, warpaint, and signs that read “On Warpath Against More Taxes!,” “Paleface Taxes Too High,” and “Let Little Brave Keep Wampum” (this last directive affixed strategically to the shirt of a protester’s young child). Indians have been irresistible victim-symbols for anybody who wants to join a struggle against colonial-capitalist aggression.

But Indians have always been held to unfair standards of representation — expected to function as foils for not just our hopes but our deepest fears as Americans. While liberals have understandably partnered with the indigenous cause at Standing Rock, conservative pundits leaped at the chance to condemn Native Americans for their inveterate decision to stand as outsiders of polite society.

In a recent Forbes article, David Blackmon derides the “deadbeat protesters” for their “illegal” and “shameful conduct,” leading to the costly cleanup of the demonstration camps — a twisted irony given the potential ecological devastation that the protesters tried valiantly to curb. Seizing on the unfortunate fact that several dogs were left behind after the evacuation, Fox News took an uncanny turn as PETA-style animal defenders, tacitly censuring the protesters for the “extremely sad” condition of the mange-ridden and frostbitten animals.

These dizzying rhetorical moves are at least as old as America, where Indians have always been Janus-faced symbols for our shifting fortunes and values. It should be no surprise that the indigenous motif has resurfaced in the wake of our revivified crises of faith and capitalism following the election of a corporate mogul by the poorest, angriest sectors of our nation.

In 2010, Alexandra Harmon, a professor at the University of Washington, published a brilliant scholarly monograph that made brief but temporary waves in American Indian studies. Rich Indians: Native People and the Problem of Wealth in American History attempted to combat the narrative of the helpless, impoverished Indian with several case studies of wealthy, entrepreneurial individuals and communities over the past four hundred years. These stories are fascinating in their own right, not just for debunking the myth of the crippled and inherently anticapitalist Indian, but also because they remind us again and again of how willfully both Native and non-Native Americans cling to those stereotypes.

Affluent Indians who made their fortunes through oil, lumber, mining, and real estate have been routinely chastised for their ambitions, or actively stripped of their profits in strategic political and economic operations designed to reaffirm settler colonial and racist logics of subordination. Following a long line of economists and historians at least since Adam Smith, Indians have simply been equated with poverty; not only do they lack the innate capacity to become rich, the assumption goes, but they don’t even crave it.

Harmon’s case studies tell a radically different story: not only did Indians participate in American capitalism, but in many cases, they also helped to shape it. A chapter of particular interest to our immediate moment relates the experience of the Oklahoma Osage Tribe, who discovered that their minuscule corner of residual territory was perched atop massive oil deposits. The tribe began oil production in 1897, and by 1923, had earned over $27.6 million in revenues. Tribal members purchased luxury items, automobiles, and other goods with abandon and relish; they also suffered high rates of crime, murder, and exploitation by both community members and white outsiders, as documented in David Grann’s highly anticipated history of the Osage Killers of the Flower Moon, to be released this month.

Harmon deftly uncovers other examples of similarly thriving and ill-fated Indians: “precisely because stories of wealthy Indians deviate from the familiar chronicle of economic decline they deserve to be told,” she avers, and “their stories, including the reactions they provoked, should afford new insights about Indians and non-Indians who dealt with them.”

And yet, they haven’t — not really. Even armed with knowledge from studies like Harmon’s, or other recent historical forays following suit, it still often surprises many Americans that Indians run massively successful casinos, or that they once owned plantations and slaves in the antebellum South. We prefer our Indians — and our protests — to be cleaner, simpler, more cathartic.

Our unwillingness to see these histories clearly prevents us from more balanced acts of contemporary witness and coalition. We have barely acknowledged the fact that many Native Americans and their tribes did not board charter buses to North Dakota, but have instead hitched their own wagons to the new administration, eager to see if the president’s commitments to self-determination will extend to Indian sovereignty. Tribal leaders from the Navajo Nation, the Choctaw Nation of Oklahoma, and the Tlingit-Haida of Alaska have all voiced enthusiasm for the administration’s stated goals of energy development, job creation, and educational reform. Several Oklahoma nations have requested meetings with the new president to discuss ways to work toward their common objectives.

Trump’s own history of casino ownership has proven especially appealing for tribes keen to launch their own gaming enterprises, such as the Mashpee Wampanoag of Massachusetts, who have struggled to develop their first casino since winning a protracted federal recognition battle in 2007. In a statement posted on the tribe’s website, Chairman Cedric Cromwell announced, “The president has vowed to put America first. We are poised to assist the president in turning his words into action.” Jason Giles, member of the Muscogee Creek Nation in Oklahoma and executive director of the National Indian Gaming Association, likewise announced, “We’re going into this with open arms.”

These open arms have managed to shrug off Trump’s abundant incendiary remarks about Native Americans, including repeated references to Massachusetts Senator Elizabeth Warren as “Pocahontas.” More insidiously, Trump’s advisors have announced a plan to privatize oil and mineral extraction on reservation lands, which would essentially eradicate nearly a century of federally protected tribal sovereignty. Such a move promises a legal firestorm far more sweeping and enduring than the DAPL conflict. And yet, despite obvious opportunities for exploitation, the increased competitiveness could actually benefit many tribes’ coffers.

One of the proposal’s main supporters is Markwayne Mullin, co-chair of Trump’s Native American Affairs Coalition — himself an enrolled Cherokee tribal member. What drives such partnerships, ultimately, are the more immediate and tangible prospects of economic and social development in indigenous communities plagued by inordinately high poverty and crime rates, or very simply looking for their belated opportunity to take back and get ahead in ways that privileged Americans cannot always comprehend, and certainly should not judge.

Some might say that any sympathetic media coverage of Indians — even if it makes lazy assumptions — is vital, particularly in these days of increasing racial polarization. But the line between comradeship and cooptation is frustratingly dim. It is not fair to the complexities of Indian political economy and citizenship to launch a new “Iron Eyes Cody,” the famous crying Indian of 1970s television ads who paddled and wept his way down a garbage-strewn river. But it is equally unfair to excoriate the “shameful Indian” for being unworthy stewards of the United States’s waterways and abundant waves of gold.

By donning yet another mascot for a noble cause or sinister ill, we fail once again to see American Indians for the complex people they really are, who have politics as unpredictable as the residents of an average swing state. The best way to fight the excesses of corporate capitalism is not to prop up Indian scouts or enemies, but to consider how deeply entrenched we all are in the fight — not as anachronisms or spiritual buoys, but as human beings, vulnerable to capitalism’s abuses as well as its promises.

Melanie Benson Taylor is an associate professor and chair of Native American Studies at Dartmouth College, and a Public Voices Fellow. She is the author of Reconstructing the Native South: American Indian Literature and the Lost Cause (Georgia, 2012). 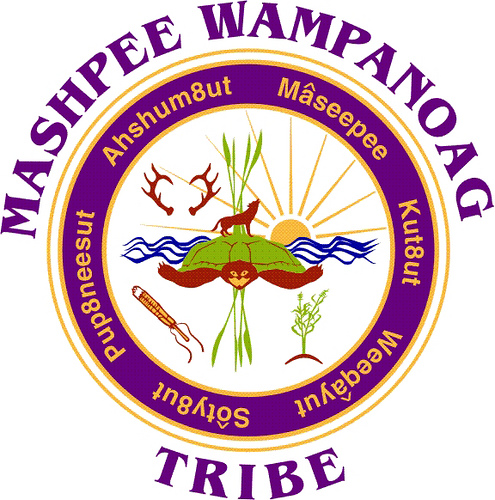 The Convenient Indian: How Activists Get Native Americans Wrong