LET ME BEGIN with my own heresy. I recently published a book called Poets of the Bible: From Solomon’s Song of Songs to John’s Revelation. There are poems lurking everywhere in our two Testaments and yet, the iniquity is in collating the whole Bible into one concise poetry anthology. Poetry is often concealed in prose, as we know — think of Whitman, who found his paradigm for free verse in scripture. There were many before him of course, including John Milton, and many after, like Emily Dickinson and Dylan Thomas. Poems abound in the Bible like spring blooms. My task, as I saw it, was to liberate hundreds of them from Genesis to the astounding Revelation. I was thrilled to try to turn so much beauty, tale, and thought into English verse. Tip off the inquisitors, but a holy tree and poetry resides in Eden:

So the lord God casts a deep sleep on the man
And he sleeps. Then he takes one of his ribs
And closes up the hole with his flesh,

And the rib the lord God takes from the man
He makes into a woman and brings her to the man.
And Adam says, “She is the bone of my bones.”

My heresy is, of course, quite different from what the early translators of the Bible went through — the men who did the pioneer dirty work of turning Hebrew and Greek scriptures into English rather than the authorized Latin. The heresy there was opening up the text to commoners, who would be able to read the Bible on their own for the first time. The history of these early Bible translators is like the history of religious wars: two sides in horrible conflict over religious choice. Likewise, these early translators lived and died according to prevailing doctrine. For their iniquity, the brave decoders were often mortally punished, though today these vile scholars are celebrated.

The history of Bible translation is as terrible as it is enthralling. Terrible because of the courageous translators’ torture and death and enthralling because in the history of the translator, as in war, we observe deadly battles over ideas. War, of course, dominated the European continent for much of early modern history. In Western Europe, from 1524 to 1648, religious wars continuously roared on between Roman Catholics and Protestants: we have the Eighty Years’ War in the Lowlands (1568–1648), the French Wars of Religion (1562–1598), the Thirty Years’ War (1618–1648), and the English Civil War (1642–1651). These civil and international wars annihilated national and daily being; populations suffered and diminished. Losses in the millions were not uncommon during those years: three million people died during the Crusades, the great war between Christianity and Islam.

At the same time, clergy and scholars were waging a hot war over Bible translation. The clergy wished to maintain exclusive knowledge of the text while scholars sought to open the Bible to the common reader. These scholars, however, even if they were professors at Oxford or Cambridge, were completely unprotected by their institutions. One of these men was John Wyclif (ca. 1330–1384), master of Balliol College at Oxford. Wyclif, known as the “flower of Oxford scholarship” ventured the first translation of the Bible into English. Poor sap — to be so virtuous and courageous! Wyclif actually knew no Hebrew or Greek, so relied on Saint Jerome’s Latin Vulgate to make his way. This blasphemous act — making the Bible heard and read in common English, not Latin — made him a criminal.

In 1401, Archbishop Arundel fumed at Wyclif: “The pearl of the Gospel is scattered abroad and trodden underfoot by swine. […] This pestilent and wretched John Wyclif, of cursed memory, that son of the old serpent!” Wyclif only escaped prosecution by dying just in time. His Oxford colleagues however were all burned alive. Even 40 years after his death, his bones were dug up, burned, and thrown into the River Swift. And yet, in some ways, he had the last laugh. After his death, Wyclif’s manuscripts were twice as popular as Chaucer’s Canterbury Tales. (Lordy, what he endured in life!)

A century later, linguist William Tyndale translated scripture directly from Hebrew and Greek into English: a mammoth “do not.” Tyndale followed and imitated the scholar Erasmus, saying that he wished “the word to reach the eyes of all women, Scots and Irishmen, even Turks and Saracens, and especially the farm worker at the plow and the weaver at the loom.” Tyndale was roundly denounced. Sir Thomas More scorned the traitor: “The devilish drunken soul […] this drowsy drudge hath drunken so deep in the devil’s dregs that if he wake and repent himself the sooner he may hap, ere aught long, to fall into the mashing-vat, and turn himself into draf, as the hogs of hell shall feed upon.” (It’s surely worth dying to enjoy such magnificent slander.)

Tyndale did at least manage to translate most of the New Testament into beautiful common English by 1525, but he did not live to finish his overall project. Henry VIII decided that Tyndale had violated canon law: Latin alone was the accepted tongue for scripture in translation. While Tyndale was perfecting his knowledge of Hebrew to bequeath us the Old Testament (the Tanakh) he was captured by Henry’s troops. Tyndale was then strangled and burned at the stake. Horribly, Tyndale’s death was sentenced by the king who would eventually legalize the translation of the Bible into vernacular English. Once Henry converted to Protestantism and established the Church of England, it became okay to translate Bible into English — as Luther did into vernacular German. The dead Tyndale was not only the king’s hero, but the Tyndale Bible also became the most popular book in England.

Once the Church of England came to dominate the empire, it established a measure of peace, if not Catholic freedom or joy. When King James ordered 47 translators to work on a new translation of the Bible, they completed their work without fear. Of course, those translators gave us the magnificent King James Version of the Bible, which was completed in 1611. Like Shakespeare’s plays, the King James is a vast source of story, thought, and speech and it is further proof to the skill of the people who shaped it: the great translator creates great literature.

Even in our modern times, translation can still be a fraught and difficult job. Wars have not diminished and translators — those who allow us to communicate between enemy lines — are often caught in the crosshairs. Translations of the Bible in particular are still strangely contested. In 1930s Texas, a school board voted to publish the Bible in Spanish for young Latino school children. Governor Ma Ferguson shot them down. Holding up the King James Version, she famously (supposedly) stated, “If the King’s English was good enough for Jesus Christ, it’s good enough for the children of Texas!”

Am I threatened today? No luck. I’ve missed my century of fire. I could even translate the Bible into Pig Latin if I wanted to. I might be called a nut, but no one would give an unholy damn. It almost makes me yearn for more perilous times — now one is judged by the quality of work. But it seems like my racket of translating the Greek and Hebrew Bible is safe even if I prefer plain literary English in place of Bible-speak — the pious jargon that prevails in our endlessly revised “Revised Versions.”

Yes, today, alas, my bones will not be dug up and burned. So be it. I pray instead for the translators and poets who came before me and who allowed the poetry in the Bible to breathe and see light.

Willis Barnstone, professor, poet, and scholar, is the author of eighty volumes, including The Restored New Testament, The Gnostic Bible, The Poems of Jesus Christ, The Poetics of Translation, and Mexico in My Heart: New and Selected Poems. He lives in Oakland, California, and Paris. 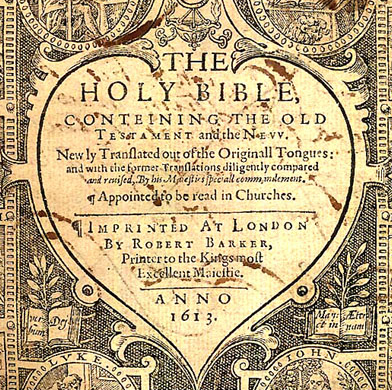 The Bloody History of Bible Translators