A COUPLE OF WEEKS AGO, I broke my iPhone. It slipped from my too-full hand as I was wrangling my daughter out of the car on the way to nursery school. When I retrieved it, its screen had cracked in a pattern resembling tiny chrysanthemums, which chipped painfully into my fingertips. Fortunately, I was reading Adam Minter’s Junkyard Planet: Travels in the Billion-Dollar Trash Trade at the time, and although the book is in no sense a self-help manual, it provided swift solace. A few days later I got online and Googled “Sell iPhone Cracked Screen.” I clicked a few promising entries from the countless services that offer redemption in the form of cash for abused electronics and settled on a $70 offer from an outfit called iCracked, whose name suggested it could sympathize with my mental state. Now my phone is on its way across the world, probably to the Chinese city of Guiyu, to be mended, reprogrammed, and resold to someone who can’t afford a new iPhone or else to donate its still-vital organs so a new machine might be born.

The afterlives of discarded digital devices are just a tiny — if shiny — piece of the much larger story of global recycling. Minter reports that story so masterfully that by the book’s end, I was convinced that the best vantage point from which to view the forces of globalization might well be atop a pile of trash. Last year the United States exported some 46 million metric tons of paper, scrap metal, and plastics to 160 countries around the world, which it sold for close to $40 billion, and that’s only a portion of the on-the-books US trash trade. China, which is by far the world’s largest recipient of cast-offs from other countries, is now also the world’s largest generator of garbage, though the US is still four to five times more wasteful on a per capita basis.

As Minter is persistent in pointing out, this is a story that tends to be viewed in the United States through an individual, moral lens. Recycling bins, daubed with their trinities of mutually supportive arrows, promise to confer virtue upon the person feeding them, with every non-land-filled yogurt container or Patagonia hoodie made of old Coke bottles a path to merit. Cities that recycle more, like San Francisco, are enlightened. Those, like Houston, which do not, benighted. To export trash to other countries (even if it comes from those very same virtuous green bins) is to dump the debris of our sinful lives upon the helpless poor of the developing world.

Minter — who grew up working his family’s scrap yard in Minneapolis — finds such beliefs simple-minded and degrading to the heroes of his story, the “scrap grubbers” who make the waste industry far more industrious than it is wasteful. In today’s world, trash is a commodity — actually hundreds of individually priced, individually traded commodities — and where it winds up and who benefits depends far more on the interdependent markets of our globalized world than on the actions of well meaning backyard recyclers, whose household bins account for only a small fraction of the country’s total trash harvest to begin with.

The reason most US trash flows to China is not, as is popularly believed, because of China’s low cost of labor and weak environmental protection (or, at least, not primarily). If it were, Minter says, we’d send our trash to Sudan, and Sudan wouldn’t be sending its trash to China. Minter first traveled to China in 2002, around a decade after Chinese buyers first came calling at his father’s scrap yard. One fairly obvious reason China imports the most trash is because its booming factories require raw materials, and these are often more cheaply and easily obtained through recycling than they would be otherwise. Take copper: China consumed over nine million tons of it in 2012. If its manufacturers didn’t buy 50 percent of that back in the form of used objects like shredded Christmas tree lights, they would have to mine it, which, Minter argues, would be both financially and environmentally far more costly. Moreover, because the United States imports so much more from China than it exports, the container ships that deliver the goods to our shores would return to China empty if we didn’t fill them with something. The trip back to China is essentially already paid for, which means, as Minter explains, that to ship a container full of scrap paper from Los Angeles to Shenzhen costs a quarter of what it would to truck it to Chicago. Densely populated coastal cities with big ports thus recycle a lot, in part because it’s profitable to do so, whereas cities like Houston, whose sprawl makes it costly to collect trash and where land for dumps is cheap and plentiful, do not.

“The clean, crisp picture of waste dumping that exists in the West,” writes Minter in one of many comments to this effect, is an illusion:

Rather, it’s something more complicated: the emergence of a truly global market in old goods. […] All of this globalized scrap, every last hunk, moves according to who wants it most, and who can ship it most cheaply.

And, Minter argues, it was ever thus. During the first boom in news media in the early 20th century, the United States imported shiploads of filthy rags from Europe to make newsprint. During War II, we imported scrap metal and harvested it from patriotic households willing to give their refrigerators to the war effort.

Minter’s skillful compilation of trade statistics in and of itself would make Junkyard Planet a strong book. But what tips it into greatness is the confident, sympathetic voice in which he narrates his peripatetic odyssey through the world’s junkyards, places whose scent — “tangy like metal and thin like a wire” — reminds him of his grandmother, who taught him the business over microwaved kosher hot dogs in the family junkyard. He travels not only extensively in China — visiting cities devoted to the recycling of plastics and electronics — but to other parts of Asia, including India and Malaysia. He crisscrosses the United States with a Chinese scrap buyer, meets an American steel tycoon who got his start picking rags and sorting mill scale with his bare hands, and interviews a man who can tell how much metal is in a pile of shredded cars just by looking at it. Minter also gives vivid, well paced accounts both of the machines that sift, sort, and “granulate” American trash and of the huge human-powered operations that continue those complex, lucrative processes in the developing world.

At some moments, Junkyard Planet’s celebration of the ingenuity of the scrap grubbers and swipes at environmental and labor advocates can feel like an overly enthusiastic embrace of an economic system that distributes justice far less efficiently than it does junk. But the virtue of the clear, detailed picture, which Minter so ably provides, of the forces pushing our trash around and around the globe, is that it may yet help us decide what to hold onto and what to throw out.

Susan Jakes is the editor of ChinaFile, an online magazine published by Asia Society’s Center on U.S.-China Relations.

Travels in the Billion-Dollar Trash Trade 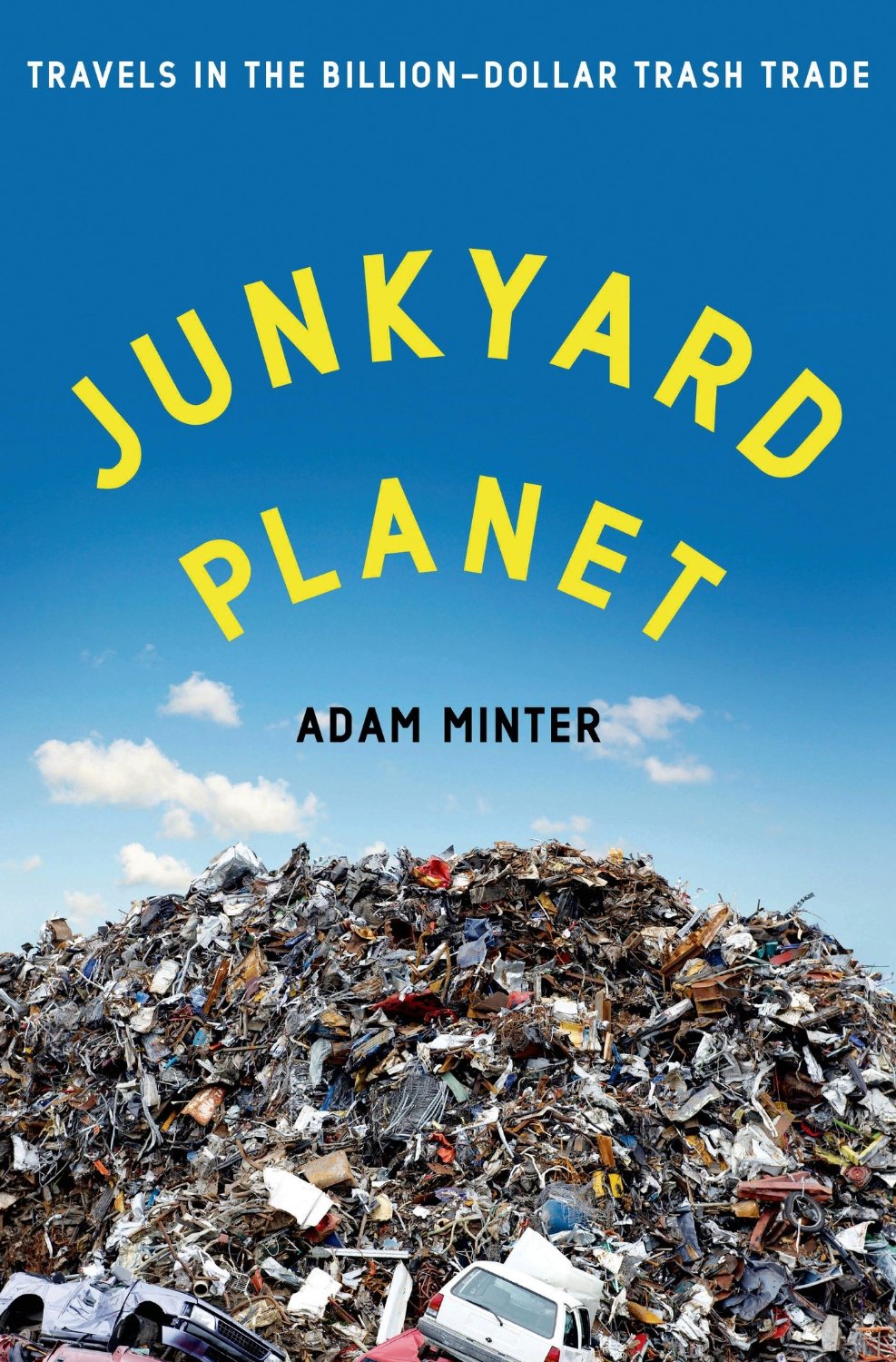