2. Bob Dylan, “Murder Most Foul.” His first release of self-written music since the devastating Tempest in 2012, a 17-minute fever dream of the first Kennedy assassination — and really, the true story of this song, before it’s barely begun to live its life, to make its way into the world, is in the noise around it. “Rock ’n’ roll forms its own society,” Dylan said to Ron Rosenbaum in 1978. Here it’s as if a single song has done that. The have you heard’s. The what do you think’s, from all over the world, from people you’d never imagine wanting to talk about a Bob Dylan song. The hundreds of instant and definitive Captain Midnight Decoder Ring analyses of every word, among the most representative tying the entirety of the performance down to its last syllable to (a) a specific online JFK conspiracy lecture (with references to sliding down a banister and Gerry and the Pacemakers’ “Ferry Cross the Mersey” deciphered as references to the Jim Garrison assassination suspects Guy Banister and David Ferrie) or (b) the immemorial Masonic conspiracy (with a reference to watching the Zapruder film 33 times signifying the overriding significance of the numeral three in Masonic lore — though, maybe because it was just too obvious, the author neglects to mention that in 1965, in an interview with Disc Weekly, Dylan claimed to have 33 guitars), each piece completely convincing and all of them dedicated to the proposition that there is a one-dimensional explanation for anything. The videos of historical footage people have laid over the tune (clips from the Zapruder film and Tommy, photos of Etta James and Jelly Roll Morton), all of which seem to diminish it, to bring it back to that one dimension. The cover version that went up on YouTube the day after the number appeared for free on Dylan’s website, and the day after that a serious publisher proposing a book on the song with a word count up to 40,000 words and a publication date in 12 months. Gideon Coe’s three-hour April 9 BBC radio “Bob Dylan Murder Most Foul Themed Show” — “Bob Dylan Bingo!” Coe crowed before turning the litany of performers and songs called out in “Murder Most Foul” into a hydrogen jukebox where the line “Play John Lee Hooker” came out as more than 10 minutes of “Boogie Chillen” from Hooker and Canned Heat, Elvis Presley’s “Mystery Train” never sounded more like a miracle, and newsbreaks on the coronavirus cracked the sense of time of singers calling out to each other from their graves (Presley, 1935–’77; Bob “The Bear” Hite, 1943–’81; Al “Blind Owl” Wilson, 1943–’70; Henry “Sunflower” Vestine, 1944–’97; Hooker, 1917–2001; Larry “The Mole” Taylor, 1942–2019) but didn’t break it. A singer barely two months short of his 79th birthday reaching number one on the Billboard singles chart for the first time in his 58 years as a recording artist. Like the release of the Beatles’ Sgt. Pepper’s Lonely Hearts Club Band in 1967, a one-record pop explosion, where a record appears and in an instant it can feel as if the whole world is listening, talking back, figuring it out, and playing with it as if it’s a cross between the Bible and Where’s Waldo. In the strange way the song can hardly be heard once without sparking anyone’s need to hear it again, a world gathering around a campfire of unanswered questions, and it takes everyone around the campfire to hear the whole song.

3 and 4. Neil Young with Crazy Horse, “Shut It Down 2020” and John Legend and Sam Smith, “Stand By Me,” from One World: Together at Home (Global Citizen, ABC-CBS-NBC, April 18). When Young gets to the list of What about the’s in the middle of the number — “What about the animals, what about the birds and bees?” is mandatory, “What about the bookshelves, what about the histories?” isn’t — this repurposed 2019 climate change protest is frightening and absolute: you really can feel it all slipping away. And when Legend reached the heart of Ben E. King’s seemingly inexhaustible 1961 love ballad — “If the sky, that we look upon, should tumble and fall / And the mountains, crumble to the sea” — the song suddenly changed, as if it had never before been sung when you could hear those lines not as a nice romantic metaphor, but as a fact.

5. Randy Newman, “Stay Away” (KPCC-FM, Los Angeles). When the weary misanthrope says, “Stay away from me,” it can feel as if you’re hearing him tell his own honest truth. But as a PSA this is really a love song, where love is a balm to resignation, and resignation is part of love.

6. LiberationAsOne, “San Francisco — Sheltered In Place” (YouTube). Set to Radiohead’s “4 Minute Warning,” a three-minute-and-55-second bird’s-eye view of San Francisco freeways and streets: the car chases from The Lineup and Bullitt with no cars.

8. The Knnackk, “My Corona,” tribute vocals by Kanye West and Kid Rock, new lyrics by Jared Kushner (#Liberate). No reunion, as Knack leader Doug Fieger died in 2010 of cancer, but this homage —

Ooh, my little pretty one, my pretty one
When you gonna give me some time, Corona
Ooh, you make my motor run, my motor run
I’ve gotten a lot smarter about this, Corona
Never gonna stop, in this life you’re on your own, I guess

— fully lives up to the sensitivity of the 1979 number one. No royalties to the Fieger estate, though, because the song has been requisitioned on an emergency basis for morale-building purposes under the 1950 Defense Production Act.

9. Barry Franklin writes in (April 8): “After a lengthy phone call — replete with the usual frustration — to Apple this evening, to determine how they could possibly sell us an iPhone without a SIM card, rendering it a non-iPhone, and having been stuck on hold several times (where we opted for classical music), I asked the Service Rep if the ‘This call may be monitored or recorded for quality purposes’ also applied to the music-while-on-hold, because I was pretty sure the first violin, third chair’s (on whoever’s version of the Vivaldi’s The Four Seasons) instrument was out of tune.”

10. Bob Dylan, “I Contain Multitudes.” A second new single in under three weeks: set to the melody of Dylan’s own “Nettie Moore,” from Modern Times in 2006, but trading that song’s parlor-tune gentleness for a hardboiled defiance. But only on the surface. The way he sings the title phrase at the end of the last verses, in its tone, its inflection, what the song says is direct: everybody does.

With Werner Sollors, Greil Marcus is the editor of A New Literary History of America (2009). This spring the Folio Society is publishing a new and illustrated edition of his 1975 book Mystery Train, and on April 28 Yale is publishing his Under the Red White and Blue: Patriotism, Disenchantment and the Stubborn Myth of the Great Gatsby. He was born in San Francisco and lives in Oakland. 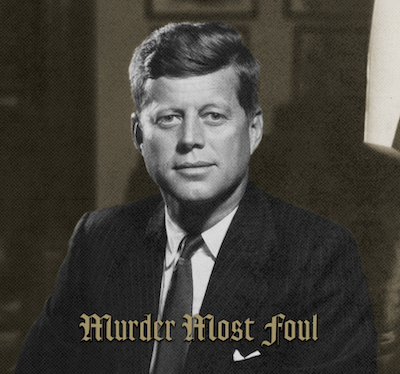