CYNTHIA PELAYO’S WRITING displays a wickedly delightful depth of folklore and fairy-tale knowledge. In Children of Chicago, she gleefully puts the expurgated gruesome back into Grimm. Throughout the novel, we get discussions of the Grimm brothers’ bloody hits: Cinderella’s sisters lopping off bits of their feet to squeeze into the glass slipper, the excavation of bones from the Juniper Tree — all a vivid reminder that modern horror owes so much to folk tales.

An accomplished author, Pelayo has been nominated for a Bram Stoker Award for her stories, and her poetry collection, Into the Forest and All the Way Through, is based on true crime. A Chicago native with multiple degrees from Chicago universities, Pelayo is well positioned to tell this thriller debut from the perspective of a knowing native. The city plays a prominent role in the national psyche, with stories often involving violence, education, or an intersection of the two. Pelayo mines Chicago’s vicious vein for both maximum discomfort and extreme reading appeal.

When we first meet homicide detective Lauren Medina, she’s surrounded by work complications, abandonment issues compounded by survivor’s guilt, and the task of solving the murders at the heart of her job. Hypercaffeinated, Lauren’s demeanor is gruff and sometimes grating, with begrudgingly friendly repartee between her and her partner Washington. Lauren is struggling personally and professionally: not only was Washington her deceased dad’s partner, but her dad also suffered from dementia and just recently died. Washington stayed on to shepherd Lauren onto the force, but now he’s retiring and heading to Florida. In the meantime, Lauren senses that her new partner, Van, harbors ill-concealed antagonism toward her.

Add to this a toxic crime scene involving three teenage victims, two assaulted and one murdered. Lauren thinks “children risked their lives by being children in this city.” She suspects the jeering crowd of spectators is hostile toward her. We learn Lauren is unwelcome in the Humboldt Park neighborhood. An unnamed witness tells her: “Folks out here aren’t real happy with you right now. A cop who’s a little too loose with the trigger. You should’ve been fired.”

This complication, a nod to police brutality, adds another layer to our protagonist and forces the reader to wonder if we should hedge a bit in rooting for this detective. Should we position ourselves against her, or is Pelayo underscoring the complicated psychology of being in a fraught and violent profession?

In either case, Lauren has a shuddering reaction to spotting the tagging that spells out “Pied Piper.” While her partner speculates it’s one of those new gangs, Lauren’s emotional response signals to the reader that she knows more about this tag and the surrounding attack than she’s willing to share with the force. Even though she has repressed memories, she realizes the Pied Piper has something to do with her sister Marie: “So sweet. So innocent. So long dead.”

Upon introducing Marie, Pelayo slips from vivid, graphic police procedural into a world of horror. Lauren broods on her memories of Marie: “Her lips, once red, twisted up in rage, and when her mouth opened from it erupted black and brackish water. […] She coughed and for a moment she could smell the rotten, stagnant water.”

Pelayo threads mystery and horror, crime and the macabre, following Lauren’s investigation alongside the story line and interior world of Evie Baez. A high school freshman, Evie is befriended by two other students, Finley and Mo(hammed), who bond over an intriguing book of fairy tales. Finley has intricate plans of her own, related to the book’s mysteries. This particular, rare edition has a mysterious black page, which may or may not evoke the presence of a rapacious killer, willing to do the bidding of the summoner. Are Finley and Mo in some kind of folie à deux and intent on entrapping Evie?

This same book sets off alarm bells in Lauren’s mind, in the unrecovered memories she’s been years in counseling to access — and starts off another leg of her investigation, involving her ex-husband, too wounded and emotionally exhausting for her to be capable of loving, and back to the original in the Newberry Library. This mysterious book sets off menacing and ominous memories in the narrator’s mind and plunges the reader into the intoxicatingly disorienting world of gruesome fairy tales.

Our antagonistic protagonist is intent upon alienating everyone close to her. At 25, she’s the youngest homicide detective on the force, with a history of violence against suspects, at times avoiding Van’s suggestions at tracking down her sister’s murderer — yet desperate to find a specific book that she read when she was younger.

After a second murder, Lauren realizes she is hunting for a killer that reenacted what happened to her own sister: missing, abducted, later found murdered in a body of water. She feels her past is haunting her; she feels deep dread that buried with her memories there is a payment due. Despite outreach from her department and partner, Lauren snappishly insists she can find the murderer, and perhaps the clues that will lead back to the killer of her own sister.

Pelayo keeps the reader on their toes with a breathless pace and wonderful tension. We waver between concern, admiration, and horror as we trace Lauren’s movements: as she befriends Jordan, a key witness, by posing as a literacy coach; as she threatens violence against a young suspect. With a dynamic, complex opening, an unapologetic protagonist, and provocations from all directions, this novel is utterly gripping. The stakes of her little sister’s unsolved murder that echoes in the present are chillingly vivid, as well as the ominous figure that she sometimes senses or fears that she actually sees.

The city is also a marvelous backdrop, with architectural literary anecdotes woven into the lurid present. Pelayo’s depictions of Chicago create a formidable character in itself, from the evocative description of buildings with fantastical elements to parks as brooding and ominous as the Black Forest.

[Lauren] eventually realize[s] that in Baum’s tales the children overcome the greatest evil of all, the Wicked Witch. In Grimm’s, the children never conquered the source of evil. Tossing the witch into her own fiery stove, killing the big, bad wolf and the wicked stepmother did not mean you had defeated all the cruelty in the world. It was still there after you turned the last page.

Just as in the world Pelayo has created for us.

Some minor quibbles: We are given names of characters to hang in our minds, but rarely descriptions. I had little sense of what each character looked like. Often the word “children” is used when “teenager” would be more accurate, yet I wonder if this is Pelayo’s way of signaling empathy and concern for this demographic.

Nevertheless, this is an utterly compulsive read. Pelayo conveys the thrill of horrified pleasure when relationships and reality go upside down and what we worried about or suspected, in the novel, turns on its head. Family ties and intense friendships and enmities interlock, unravel, and start all over again. Here Pelayo has combined the most gruesome elements of fairy tales with horror and mystery to create a tale distinctively her own.

Désirée Zamorano is a California-based short story writer, novelist, and playwright. She is the author of the novels Modern Cons, Human Cargo, and, most recently, The Amado Women. 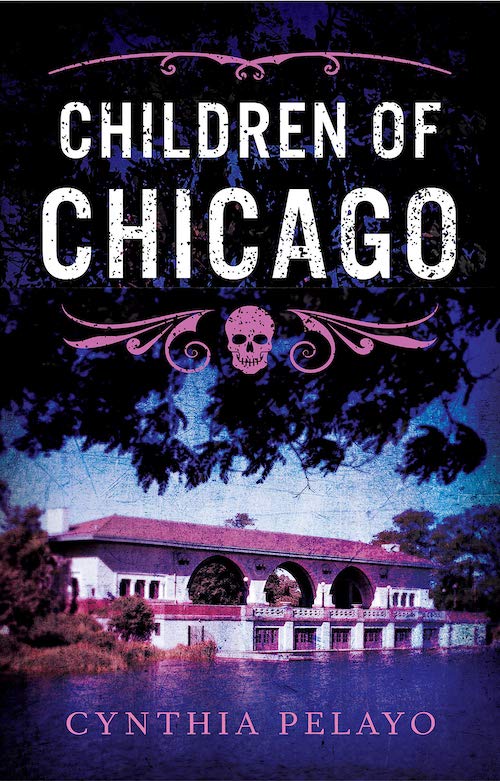