KNOWN FOR MIXING social satire and deadpan absurdity with an oddly empathetic sensibility, Sam Lipsyte is celebrated for wielding a masterful command of language to build hilarious stories with an acerbic bite. He has been aptly described as a “puppeteer of delusional creatures” by Akiva Gottlieb, and “the poet laureate of overeducated American loserdom” by Jennifer Schuessler, which is all part of his charm. If a role akin to the Lord of Misrule existed for authors, Lipsyte would certainly be a hot contender.

Though he produced the story collection The Fun Parts in 2013, it’s been nearly a decade since Lipsyte has published a novel (The Ask came out in 2010). Readers will be delighted to know that, with the release of his fourth novel, Hark, the wait is finally over.

Addressing the commodification of ideology, faith, partisan politics, and self-help regimenting, Hark is as ambitious as it is delightfully ludicrous. It is a work of profane enchantment that comes with a full set of teeth. Early hullabaloo about the novel assured readers that they were in for a hysterical portrayal of the absurd and poetic rhetoric flooding our social and political spheres today. On that promise the book, without a doubt, delivers.

Arguably Lipsyte’s most pointed commentary to date on our modern American social milieu, Hark confronts a smorgasbord of issues that are only too familiar: political upheaval, cultural discord, environmental degradation, inflammatory public discourse, and exploitative philanthropy. Lipsyte brilliantly captures a society overrun by syncretistic stimuli, and where the veil of diplomacy has been torn to soiled tatters. The characters face a “future” America dominated by a demagogic president, radically polarized political parties, vitriolic social media platforms, and money-hungry tech moguls masquerading as champion humanitarians.

Here, we meet Hark Morner, a failed comedian turned accidental guru thanks to a focusing technique he developed called Mental Archery, which is built from an eclectic smattering of oblique and disorganized teachings. With archery as a central visualization metaphor, the technique haphazardly ventures from mindfulness to dubious historical analysis, improvised mythologizing, and the occasional yoga pose. It’s as incongruous as it sounds. The satirical ingenuity of Mental Archery, of course, is in its self-defeating nature, as illustrated by this snippet from a Hark lecture:

One aims at the future, but not a static future. One shoots where the stag, the target, one’s chance for fulfillment, are about to appear. You lead your prey. You don’t dress for the job you want. You dress for the job your child will someday be denied. A glass tureen of sour-cherry soup slides off the table and you catch it, centimeters from the floor. How did you do that? The body anticipates. The body remembers. The body is drenched in sour-cherry soup. Because all time is now.

Hark’s lectures have no cohesive message or object. They are nonsense at best since practitioners are told to build focus by casting their attention in several directions at once, effectively defeating the purpose.

Mental Archery quickly gains an enormous following and inspires a quasi-religious movement called Harkism. Always quick to deny any cosmic underpinnings to his message, Hark can never seem to shake the zealous piety of his followers. Each one is looking for a messiah cast in his own image, and as a result each seems to follow his or her own form of Harkism.

With the exception of a handful of sections from the perspectives of a political extremist and a very “influential catfish,” the narrative is assembled mostly through the perspectives of Hark’s earliest devotees, a motley ensemble of damaged personalities that becomes his inner circle of trust. There’s the intellectual, Teal, whose presence lends credibility to the movement despite her past conviction for embezzlement; there’s the benefactor, Kate, a young heiress with daddy (and mommy) issues; and there’s the token Lipsytian sad sack, Fraz, a laid-off middle-school teacher and quotidian failure who becomes Hark’s all-purpose “elderly” advisor at the ripe age of 46. Touring with their heartthrob frontman, Hark, the small team spreads Harkism across the United States, bickering all the while like children competing for their father’s attention.

Since it was invented without any agreement on what the movement entails, Harkism is an empty vessel that can be filled with any belief, idea, or agenda. It is spiritualism, patriotism, consumerism, entrepreneurism, vanity, and ambition all rolled into one, and any exclusion or addition does, in fact, apply. Hark has nothing to do with the creation of Harkism, nor does he agree with the vast majority of the principles his followers try to claim for the movement throughout the book. Quite the contrary: he must constantly remind his followers that he has no message — an admittedly confusing assertion given his consistent lecture-ending mantra, “I have pamphlets for sale.”

If Hark really has no message, then what’s in the damn pamphlets?

Like the rest of Lipsyte’s oeuvre, Hark is consistently hilarious, but it’s also much more than that. The comedic elements are artfully piercing in their cynicism, lingering like stingers beneath the skin. The novel’s humor does not come simply from cheap irony or wit — it also comes from the discomfort of implication. The laughter is aroused by distress, as if by an unexpected whack to the funny bone.

Some easy criticisms of the novel have already emerged: the plot is ludicrous, the characters are unlikable, the attempts at magical realism are hokey. These criticisms all have one thing in common: they miss the point almost entirely. Miscategorization of social satire often exposes a bias that favors realism. One of the greatest mistakes a reader can make when approaching Hark is to force a realist(ic) interpretation. Expectations of rationality — or the common desire that a work be “believable” — are bound to result in disappointment. Satire at its best inflates the very real problems that go unnoticed in our world. For this reason, satirical worlds like Hark’s are almost always unsettling, even if they make us laugh. Lipsyte’s use of comedy equips the reader to engage the world with a greater sense of control and awareness.

With Hark, Lipsyte invites the reader to join him in the thing he does best: play. Any work of satire, even one with the sharpest of barbs, desires to romp with its audience. The novel’s frivolity anchors its credibility and becomes the foundation for its most lacerating observations. Hark rewards the reader’s engagement with an incisive portrait of where and when we find ourselves.

For those who might miss the meaning behind the one-word title, Hark opens by addressing the reader directly with a straightforward command: “Listen.” That is, pay attention, take heed, mindfully engage. We have reached a level of technological connection in the new century that few could imagine or anticipate, and the speed of the achievement has come at a cost. With immediate access to the World Wide Web, rapid-fire newsbreaks, social media, and feeds that filter out ideas that challenge our own, we have outpaced our ability to engage in thoughtful and receptive dialogue. A society that can’t focus can’t listen, dooming us to interminable miscommunication at best.

On that happy note, perhaps Hark really does contain the solution we’ve all been looking for. If focus is the way to reclaim our ability to truly listen to one another, then maybe Harkism — that empty vessel — illustrates the emergent space we need to practice that focus together, regardless of their petty ideological differences. Rendered this way, the Harkist movement might be more than just another cultish fantasy. It may, in fact, be something to aspire to. And perhaps Hark proves that Sam Lipsyte is post-modern society’s greatest prophet.

Ryan Smernoff is a writer who has worked as an assistant editor at Henry Holt, Knopf, and Norton. He holds an MFA in Creative Writing from Columbia University. 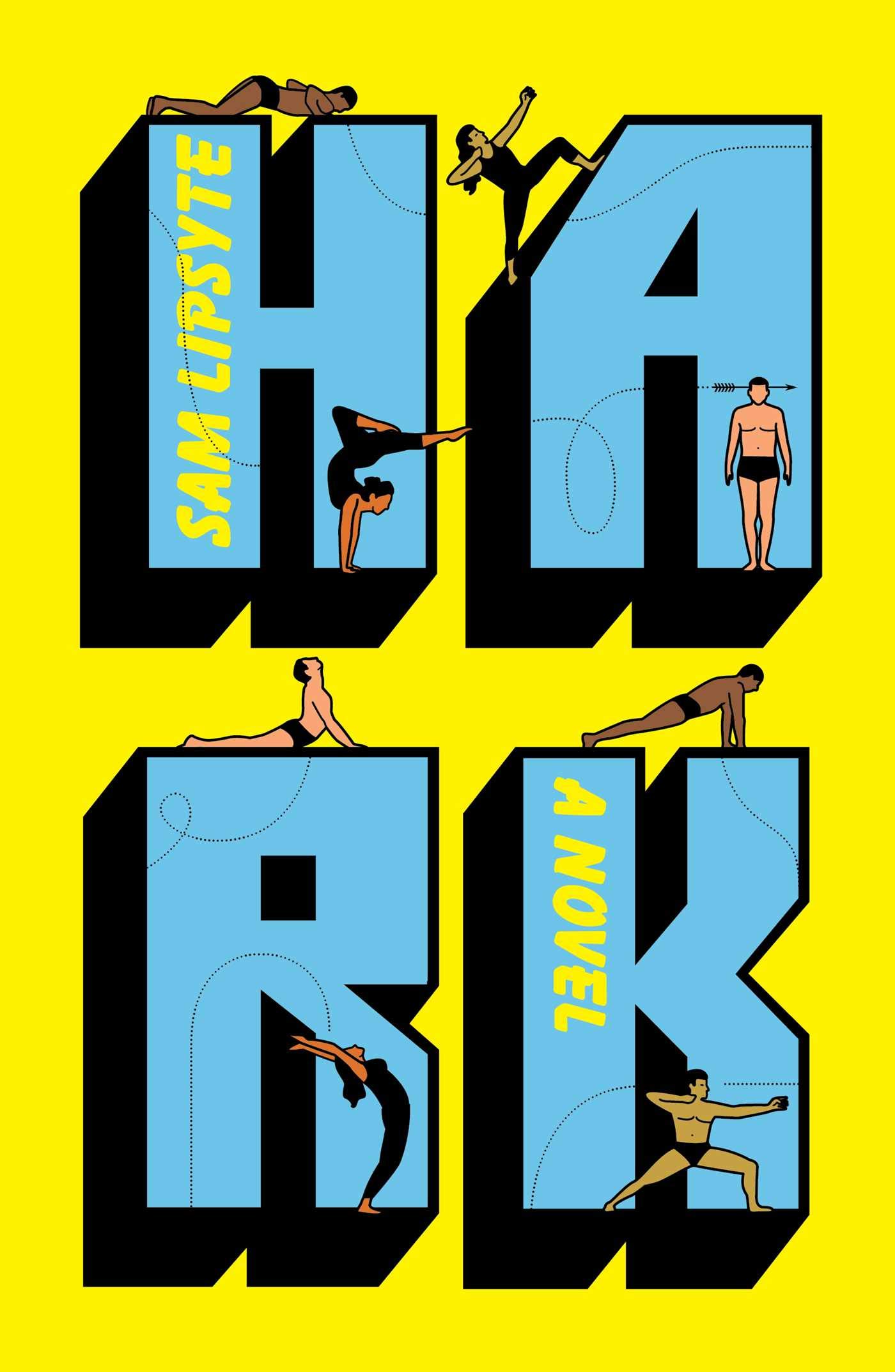