WALLS COMING DOWN, barriers dismantled, curtains or clothes lifted, all hold a promise of clarity, freedom, and — think Herrick’s “brave vibration each way free” — ecstasy. Yet when the gates of Checkpoint Charlie opened on the evening of November 9, 1989, and Maxim Leo, then a 19-year-old East Berliner, stepped across the white line that separated what had always seemed to him the gray East from the glittering West, and a cheering man tried to hug him, Maxim rejected the embrace. He wanted to observe, not dance, and to do so with that traditional aid to contemplation, a cigarette. Lucky for us that this is how he rolls, for, almost a quarter of a century on, Maxim Leo has produced a lucid, dispassionate, and altogether extraordinary account of three generations of his German family as Big History kicked them around and they, for the most part, made sterling attempts to kick back.

One grandfather, Gerhard, is a half-Jewish German refugee, on the lam after 1940, who became a hero of the French resistance, and the other, Werner, was a soldier of the Wehrmacht who “liked order [and] punctuality,” was “very keen on National Socialism,” intriguingly described Nazism as “posh Communism,” and wound up as a POW — it sounds like a preposterous but engaging movie pitch, but it happens to be the kick-start material of Leo’s East German saga.

This is one of those family stories where long-kept secrets and hidden lives emerge into the light only after an inquisitive child or grandchild starts prodding his elders for information and poking around in places that he shouldn’t or normally wouldn’t: drawers, diaries, letters, archives, and, in Maxim Leo’s case, Stasi records. What he wants to know, in addition to the expected “What did they get up to?,” is “What were they thinking?” This is a question with special amplitude when we are talking Fascism and Communism.

The Soviet Union experienced more fire and rain than any other state during World War II: 20 million died in the conflict with Germany, and at the end of the war it was Soviet troops that liberated the greatest number and the very worst of the concentration camps: Majdanek, Bełżec, Sobibór, Treblinka, Auschwitz, Ravensbrück, Stutthof, and Sachsenhausen. Grandpa Gerhard was only one of millions in the East whose consciousness was shaped for decades by opposition to Fascism and Nazism and who remained deeply suspicious of the “reformed” Nazis who somehow found their way into important positions in the German and then West German governments after the end of the war. Other than the world’s Jews, it might be the Soviets and their satellite states that understood what Germany had wrought better than anyone else. Certainly better than the Americans, who were so intent on Cold War politics that, unless they had no choice in the matter, frequently decided to look the other way where former Nazi scientists and functionaries were concerned.

After the war Gerhard worked as a journalist for the Communist Party newspaper Freiheit, but he soon began to live a double life ferreting out former SD and SS members working in West German politics and administration. These men were uncovered not for purposes of punishment but to be blackmailed into becoming informants on the interior workings of the newly formed West German secret service. In his role as spymaster, Gerhard ran one ex-Nazi who had tortured and murdered both partisans and Jews, and who, as Leo points out, would undoubtedly have done the same to Gerhard if given the chance. In Gerhard’s secret Stasi file, one of his overseers notes the “almost unconscionable burden” that this collaboration imposed on Gerhard. Still, the hard needs of the state trumped the soft demands of the individual psyche.

Meanwhile, grandfather Werner, adaptable and more of an opportunist than an ideologue, completed a fairly smooth transition from loyal Wehrmacht soldier to dogged Socialist citizen. As Leo writes, “Perhaps Werner was a person who would have worked well in more or less any system, in any role. He would always have made the best of things.” In East Germany, “making the best of things” for Werner involved a solid refusal to acknowledge problems in the GDR, and, in one of the few characteristics that he shared with Gerhard, a commitment to the Utopian premise of the GDR. Both men, Leo writes, swapped old suffering for new faith.

Move one generation down, to Leo’s parents, Wolf and Anne, and we find the ties to the state loosened but not severed. The GDR practices its own version of Marcuse’s repressive tolerance. Wolf can be a punk artist, Anne a journalist with the occasional liberty to offer critical thought — the insidious workings of the state are more subtle and elastic when applied to the generation born after the war. Wolf can define himself in opposition to the more absurd strictures of Communism, while Anne, deeply committed to what she perceives as the uncorrupted values of her country, can over time develop a skeptical view without immediate repercussions. It is in regard to Anne and Wolf that the deeply diabolic workings of the GDR’s security state are revealed. For, it turns out that the state regards those who are disillusioned but not entirely disaffected, or “critical but committed,” as crucial targets for employment as informers or go-betweens. In 1976, when Anne and Wolf are in their early 30s and Maxim is six, they receive a visit from “Rainer” a “member of staff from the Education Department of the National People’s Army.” The young man is appealing, friendly: seductive without being threatening. In a way they can hardly explain to themselves, rebellious Wolf and uncertain Anne quickly agree that their mailing address can be used as a letter drop by Rainer’s people (presumably the Stasi), and yes, Rainer’s colleague may also use their phone when they are not at home to make certain long-distance calls. In the end they register some resistance and the relationship peters out, but Anne and Wolf remained baffled by their own capitulation because “it doesn’t fit with the image they have of themselves.”

The East German spy network was huge, with four million dossiers in its files; that is, one-quarter of the country’s population under surveillance. The Stasi employed 80,000 full-time snoops and another 170,000 hired informers — there has rarely been such intense and near-universal scrutiny of the lives of others.

However, for the most part Anne and Wolf were not confused about their politics, and if you have spent your life defining yourself in opposition to a system, what do you do when that system collapses? When the wall came down, Wolf, like many East Germans, found himself a person without contours. He struggled with his new freedom, his art lost its edge, and he floundered. Anne, who eventually separated from Wolf, and whose character had been sharpened and developed from inside the system, fared better. She became a noted historian, dissecting “the country she had loved, and which had caused her such pain.”

For Maxim Leo himself the shift was also perplexing. His childhood in East Germany had been a happy one; the canopy of the state had plenty of holes where the sun got through, and it was not until close to its demise that it began to lay hands on him. (He was arrested for distributing leaflets.) This was something that, when the wall came down, people in the West couldn’t get a grip on:

They talked about the GDR as if it were a cholera zone. They said we’d been corrupted by dictatorship, that we had weak characters and were badly educated. I took that personally, which made me additionally insecure, because I actually didn’t want to have anything to do with the GDR. But suddenly, there it was, this feeling that I hadn’t known before. This “we” that I’d found it so hard to say. I think I never felt so close to the GDR as I did after its downfall.

Is this simply nostalgie de la boue or something else? The lost domain of childhood, with its serried pleasures, mysteries, and frights, is a staple for the literary imagination (think Alain-Fournier or Nabokov). Wolf and Anne owned a little weekend and summer house with a big garden in Basdorf, north of Berlin. Life there for Maxim was “an endless holiday,” even though, or rather partly because, not far away, through a beech wood and near a lake, top members of the Politburo including Erich Honecker, East Germany’s biggest honcho, sunbathed and swam in a walled-off area guarded by soldiers with submachine guns. “I thought restricted areas were exciting,” Leo writes. More than 30 years later, he rented his family’s old home back from a West German who had reclaimed the property after the fall of the wall. He goes there with his own kids, and regards the place as a “museum of childhood, like a piece of the GDR that has outlived everything.” It’s a good piece, too, unless you want to focus on the activities of the adults who were on the other side of the wall; on the lies, the lives distorted or ruined, by men who said they were constructing a Utopia and instead built a corrupt and ignominious police state.

Jonathan Wilson’s work has appeared in The New Yorker, Esquire, The New York Times Magazine, and Best American Short Stories, among other publications.

The Story of an East German Family 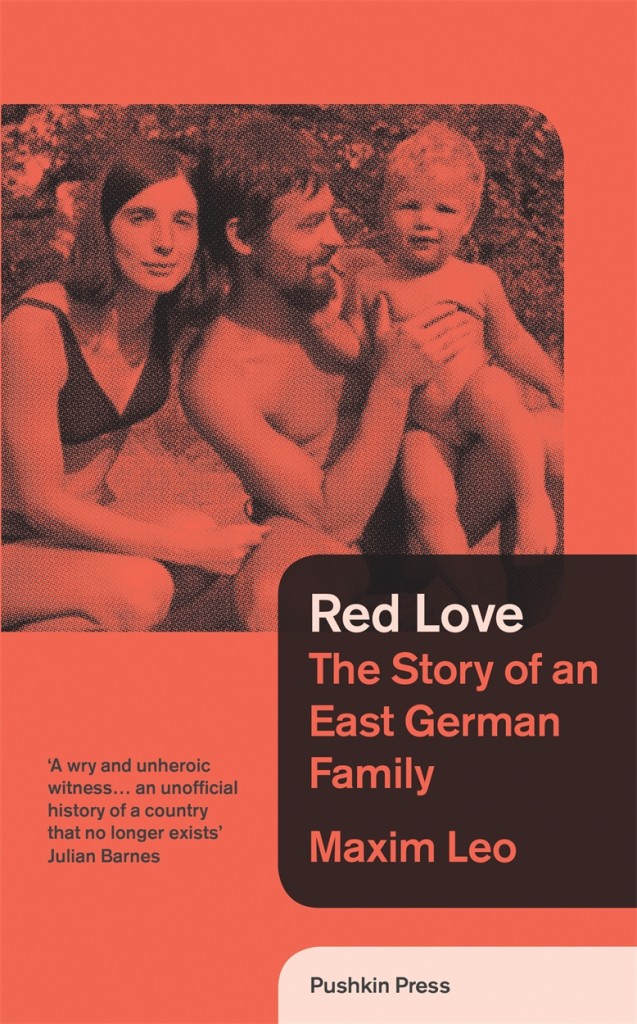