THE 1982 DOCUMENTARY Koyaanisqatsi features speed-altered shots of American landscapes and cities, a pulsing soundtrack by Philip Glass, and a focus that weaves between spectacular beauty and chaotic squalor. The word “Koyaanisqatsi” is from the Hopi Indian language and it approximately means “crazy life,” or “life in turmoil,” or “life out of balance” or “life disintegrating,” or “a state of life that calls for another way of living.” The movie manipulates scale and time to create an effect that’s earthly and specific but also intergalactic. It’s a soothing way to be overwhelmed.

Barn 8 deftly weaves between this galactic scale and the gritty particulars. Janey, the first character we meet in Barn 8, has just stepped off a bus in southern Iowa, “a gray land of truck stops, crowded prisons, and monocrop farming,” to find her birth father, who she learned about for the first time on her recent 15th birthday. She is stubborn, willful, and wants to make her father pay for abandoning her by sticking around in town for a while. While Janey is away from home and living with her father, her mother dies in a car accident back in New York. She finds herself stuck in southern Iowa and enrolled in the local high school. Unferth writes, “She might have found a place for herself had she made an effort, but she did not. She walked the hallways in a bubble, sank into the back row.”

In a spirit akin to Koyaanisqatsi, Unferth captures the continuity between the individual unit and the churn of the universe. Take Janey’s first job in rural Iowa with a massive shipping facility:

She made the same repetitive movements nine hours a day, four days a week, while all over the country people clicked buttons and summoned to their doors pink backpacks, noise reduction headphones, discount T-shirts, sets of wooden spoons, and it was Janey’s job to ensure that trucks took off across the land.

Later, she gets a job with Cleveland, a woman her late mother had babysat before she was born. As an adult, Cleveland is now head of the Iowa layer hen farm audits, “a true believer in a middling cause.”

Barn 8 resembles Nell Zink’s debut The Wallcreeper in the way its protagonists slide unintentionally into environmental terrorism. Both of their slippery slopes begin with a single rescued bird. Zink writes of the southern European wallcreeper, soaring haphazardly through her protagonist’s apartment: “It flew like a giant butterfly, or a tiny bird of paradise, or a nylon propeller fluttering from a kite.” Cleveland, in Barn 8, begins with a single escaped chicken: “The hen was fast. She dodged, weaved, but Cleveland cornered her by the wheel-cleaning station and snatched her up.” Both characters get hooked when adding the additional discordant element of the natural world into their disordered lives. “That was the last time she took any hens for a while,” Unferth writes about Cleveland after a security camera spots her. “Until she couldn’t stand it anymore and took three more.”

Barn 8, similar to Koyaanisqatsi, finds permanence between natural order and human turmoil and the way that they shape and reshape each other. In one chapter, Unferth writes about the primal intelligence of the hen: “In the wild chickens have complicated cliques and distinct voices […] Adult chickens have over thirty categories of conversation, each with its own web of coos and calls and clucks and struts. Chickens gossip, summon, play, flirt, teach, warn, mourn, fight, praise, and promise.” But, for all creatures, intelligence and awareness get corrupted by distorted conditions, like an economy that produces over 75 billion eggs a year in the United States. Chickens grow used to living in cramped, small cages. At the moment caged chickens are set free, they gather themselves into a clump and try to huddle into the middle, scared of the surrounding space. If left to their own devices, many suffocate and die.

The Hopi word for “life out of balance” can be applied to the macro systems of mass agriculture throughout Barn 8, and it can also easily apply to all of Unferth’s characters, who continually live amid disaster. But this personal chaos makes Unferth’s characters great ideological drivers for an attempt at a shockwave to industrial farming. In the spirit of a cult, animal rights movements are gathering places for people who have often been re-routed from more traditional spaces in the world. Many of these cast-outs are unruly and petulant. “[T]hey were Napoleons every one,” Unferth writes of the assembled chicken-heist team in Barn 8, “quitting, crying, breaking equipment, punching walls in a temper tantrum, fighting or falling in love with each other, disappearing, reappearing to yell one more taunt or piece of paranoid nonsense.” Together they all clumsily and quickly stumble into an ill-conceived plan to steal a million chickens. Even a bad idea can give a person a purpose. “Say you have been trying to dim your own lights, take it down a notch,” Unferth writes about Cleveland. “Lessen longing. Lessen rage. Lessen. Say that has been going on for years and then this happens — you find this and you ride along. You revive a bit, that’s all. You lessen the lessening.”

Unferth often writes about people who are scraping rock-bottom. Take one of Unferth’s masterpieces short stories, “Voltaire Night” from her 2017 collection Wait Till You See Me Dance. A heavy drinking, depressed, and slightly deadbeat teacher proposes a competition to her adult-ed writing class over a final night of drinks: everyone tells the story of the worst thing that ever happened to them, and whoever tells the worst story wins. It’s a morbid hit that becomes a tradition. It turns out that everybody has a terrible story to tell, and everybody takes a strange thrill in telling it. The title game recurs with each six-week class cycle. It’s not enough. “Voltaire night was the one night I looked forward to, all of that sitting around feeling sorry for ourselves,” the teacher says. “I would have liked to do it every night.”

Unferth excels at telling rich stories about ill-advised and partially self-generated disasters. Consider her 2011 memoir Revolution: The Year I Fell in Love and Went to Join the War, where she tells the story of how she dropped out of college in 1987 and went to Central America to engage in revolution. Unferth skipped around, joined protests, and volunteered for assorted jobs related to the uprising. Much that obviously could go wrong — food and water shortages, parasites, dysentery, running out of money — does. Eventually, the relationship that carried her into guerrilla warfare disintegrates too.

In Barn 8, Unferth again captures the hysteric effort of living. “We always think it’s over for us — and it is over—” Unferth writes, “then it starts again. Reincarnation in this lifetime.” 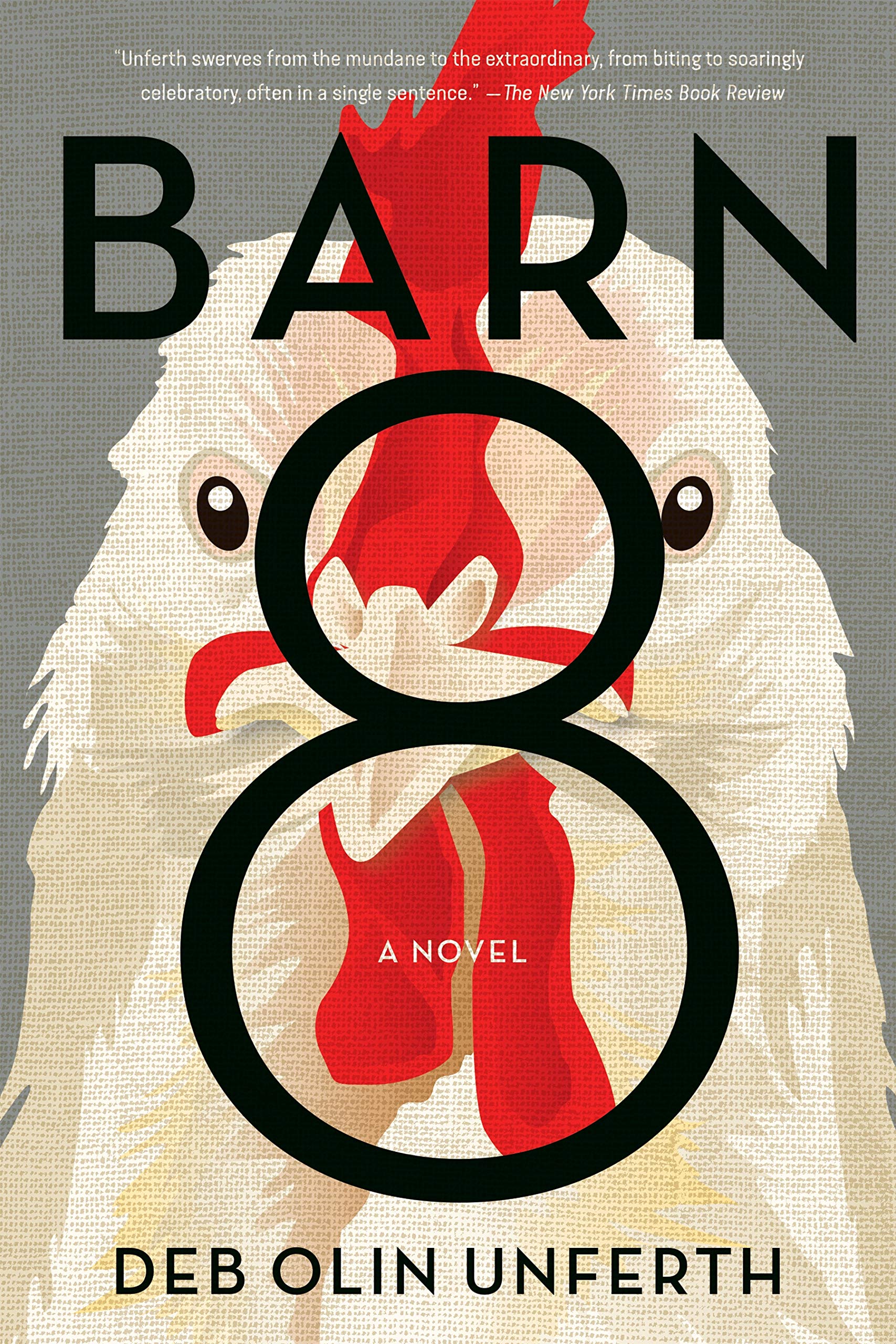