ONE AFTERNOON, just as light is beginning to pale in the crescent window under the rafters, a woman going through old boxes in her grandparents’ attic comes across a sheaf of photographs: in them her grandfather tenderly embraces a child she doesn’t recognize. Or she finds a torn envelope, soft from handling: inside is a letter to her grandmother from “Ralph” apologizing “for the bad trouble I put you all through.” Who is that child? Who is “Ralph”? What bad trouble?

Suddenly the woman (it’s so often a woman) realizes that she’s always suspected something has been left out of the stories she’s been told: always she’s wondered about Grandpa Louie who died during the Depression, or about Aunt Margaret, erased from family photos after Pearl Harbor — or always she’s wondered why she’s never been told any stories at all. And now here it is — a clue, a key — a balcony ticket to history, a show that has always been playing, she just didn’t know she had a role in it, too.

One fragment leads to questions, and then to more fragments held in more boxes: expired passports, train schedules, bank drafts, draft cards, dance cards. Attic junk that becomes treasure, information about a life no one else ever thought to find interesting. Now a search must be undertaken, a search that becomes an “obsession,” if it’s to be chronicled in a book. Dedicated sleuthing follows — plane flights, visits to libraries and archives, interviews with sad-eyed old people in failing health but with remarkably good memory — a few strokes of amazing luck, dark moments of self-doubt, and then eventually the mystery is somehow “solved.” Usually, though, the solution is anticlimactic, the writer forced to acknowledge the limitations of her discoveries. The search itself, she realizes, was the point. And the real discovery is always the same: What we can truly understand of the past is as small and contained as a box in an attic.

Several years ago I wrote a book very like the one just described, an experience that instead of answering my questions left me, not surprisingly, with more. In particular, I began wondering why so many writers these days are drawn to solving family mysteries, an endeavor that requires persuading ourselves that our detective work is necessary, relevant, even when we know (or should know) that the “true” story can never be recovered. What are we trying to find when we go after the stories of lost people, particularly of those who suffered trauma? Is it narcissism that drives an obsession with family history — the hope that by discovering a connection to personal or historical periods of dramatic upheaval and stress, we ourselves will become more significant? Or is it a deeper longing, the desire for something more multidimensional, more prismatic and richly hued than the plain glass of the present?

I began mulling over these uncertainties again while reading Paper Love by Sarah Wildman, which focuses on her search for a young Czech woman her grandfather met in Vienna in the 1930s, but then “lost” after he emigrated just before the Anschluss. As a girl, Wildman worshipped her grandfather, a dashing doctor in Pittsfield, Massachusetts, an affluent “well-traveled émigré […] who lived with the joie de vivre of a man who had never been oppressed by hardship.” And she thought she knew all about him, handsome, charismatic Dr. Karl Wildman — his lucky flight from Vienna, his “phoenixlike” assimilation into America — never pausing to wonder how a Jewish émigré could have managed easy integration or preserved his joie de vivre given his “escape” from Europe in the 1930s. But some years after her grandfather’s death, Wildman does start asking questions, prompted first by her grandmother’s announcement that she’s burned all her husband’s letters and then by the discovery of an old photo album that holds pictures of a girl named “Valy.”

Tucked into the album is also a note dated May 5, 1939, pasted with more photographs of the same girl. Confronted with these photos, Wildman’s grandmother “bitterly” identifies Valy as her husband’s “true love,” and refuses to say more. Wildman questions other family members and from a great-aunt learns that Valy had been a “brilliant student,” Karl’s classmate in medical school in Vienna, and that they had been in love when he fled to New York six months before the Anschluss. Valy stayed in Europe. For years, that’s all Wildman knows.

Until one day, after her grandmother’s death and the sale of her grandparents’ house, she finds the inevitable box, labeled with her grandfather’s name, sitting in a corner of her parents’ basement. Inside is a carton marked “Correspondence, Patients A–G,” and inside the carton, a packet containing “hundreds of letters” dating from 1938 to 1941 from “Jews desperate to save themselves, to save each other” — all people Karl had known in Europe — including “Valy,” who turns out to be Dr. Valerie Scheftel, born in 1911, “the girl he’d left behind.”

By the time Wildman finds Valy’s letters, she has become a journalist. Intrigued, scenting a story, she begins what is almost always called “digging.” In her case, she’s able to get herself to Vienna on various assignments and grants, and travels around Germany, and some of this time she spends hunting for information about Valy. “I wanted to use these small clues, these pieces of paper to rescue Valy’s memory — retrace her steps from birth through school through the years she wrote her letters and, perhaps, even find her again,” she writes. Her search becomes more focused; she spends days in archives only recently unsealed, most of which are chaotic, uncataloged, nearly impossible to navigate. Wildman is pregnant at this point, carrying “a little Jew,” as she refers to her unborn child; her research becomes physically as well as emotionally taxing. The narrative reaches its greatest poignancy, for me anyway, when she visits Buchenwald and meets the director of its memorial foundation. Surrounded by a preserved death camp, he defines an archive as “an original, authentic expression of what happened in history. It is, in a way, living history.”

But Wildman is a reporter, not a poet; her interest in vibrant contradictions like these is fleeting. Nevertheless, I kept waiting for her to ponder why she was going to such extraordinary lengths to uncover information about Valy, her reason for visiting a place like Buchenwald. In what has become a subgenre, the story of a search, where the process matters more than the product, one has to keep interrogating oneself. And perhaps narratives that focus on what has been lost should pay equal attention to what has survived and, more essentially, the cost of that survival.

For instance, by “finding” her grandfather’s lost “true love” (and for a while she seems convinced, despite overwhelming odds to the contrary, that Valy might still be alive), what or whom was she hoping to “rescue”? Him? The lucky phoenix who, going by the evidence of those hundreds of letters from people he could not help, was hiding a lifetime of guilt behind that mask of joie de vivre?

This question goes largely unanswered as Wildman tracks down Valy’s birthplace, discovers Valy’s mother’s identity, learns where they both worked in Berlin, interviews acquaintances, hunts down leads, pores over old records in “official databases of the dead,” rereads Valy’s letters and her wrenching pleas to her former lover, reconstructs Valy’s bids to save herself, digging and digging, and the result is Paper Love, her exhaustive attempt to exhume one more forgotten person from the incomprehensible horror and devastation, the mass grave that is World War II.

It is an admirable piece of detective work. And Wildman accomplishes what she eventually realizes is her purpose: Dr. Valerie Scheftel is a bitter, bitter reminder that we must never forget what happened during that terrible period.

But is a reminder enough? With so many ghost stories out there, how to decide which ones to tell? Even when the subject is the Holocaust — a word that whistles through the mind like an icy wind down a chimney — even then, is finding a lost story worth a whole book?

I don’t have an answer, of course. We tell the stories we think we can tell. We rescue what we think is in our power to rescue. And we hope that our subject is “representative,” of the times, of a place, of other stories that will never be told. Our family past is our connection to the general past. What we want from family secrets — the intricate hardships of other people’s lives — is access to history, which is largely the theater of tragedy, and access to a world that is ongoing despite being populated by ghosts, “a huge meadow,” as Faulkner calls it, “which no winter ever quite touches.” How well we navigate this endless garden, once we find the door in the wall, is another matter, one that depends entirely on whether we understand what we’re looking for.

Suzanne Berne is a novelist who lives outside of Boston. She is also the author of Missing Lucile: Memories of a Grandmother I Never Knew.

Searching for the Girl My Grandfather Left Behind 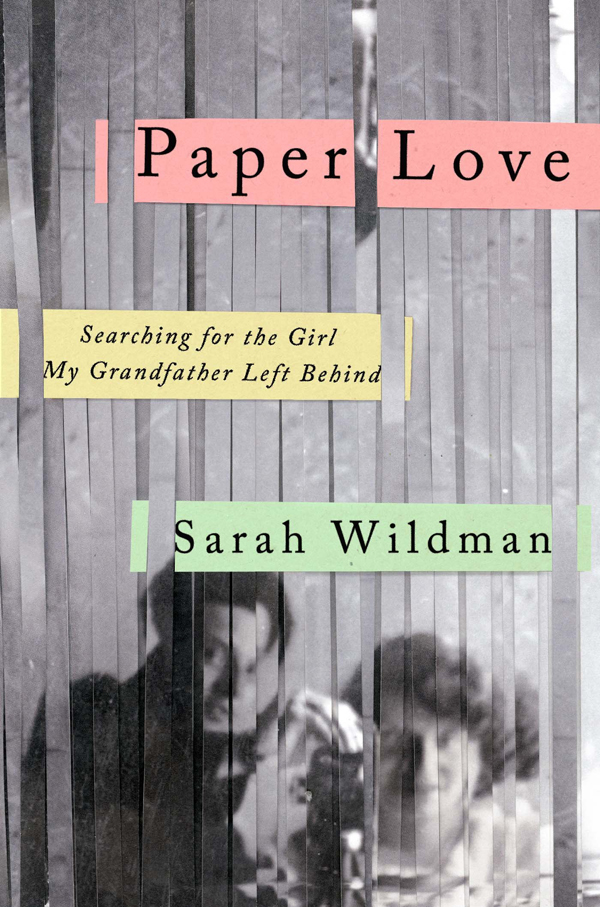