ON ST. VALENTINE’S DAY in 1947, George Orwell expressed his misgivings about the 240-year-old marriage between England and Scotland. There were distinct rumblings, he said, and if they weren’t addressed, a violent divorce would be the outcome.

Orwell put down these thoughts in “As I Please,” the wonderfully wide-ranging column he wrote for the socialist magazine Tribune. He opened by printing an excerpt from a letter sent in by an irate Scotsman who referred to the English as “brigands in bowler hats.” The reason for the man’s anger was the manner in which thousands of Polish exiles had been “cast aside and dumped” in Scotland, now that their war usefulness was over. (The Polish migrant vote has been actively wooed by the Yes and No campaigns.) The exiled Poles, he wrote, had become disillusioned with England and her false promises, something the Scots knew a thing or two about:

Dear, kind little England! It is time for all Poles to shed any ideas they may have about England as a champion of freedom. Look at her record in Scotland, for instance. And please don’t refer to us as ‘Britons’. There is no such race. We are Scots and that’s good enough for us. The English changed their name to British, but even if a criminal changes his name he can be known by his fingerprints . . . Scotland experienced her Yalta in 1707 when English gold achieved what English guns could not do. But we will never accept defeat. After more than two hundred years we are still fighting for our country and will never acknowledge defeat whatever the odds.

The letter-writer, reflected a startled Orwell:

hates us as bitterly as a devout Nazi would hate a Jew. It is not a hatred of the capitalist class, or anything like that, but of England. And though the fact is not sufficiently realized, there is an appreciable amount of this kind of thing knocking about. I have seen almost equally violent statements in print.

Orwell’s most articulate admirer, the late Christopher Hitchens, never tired of reminding the world of his hero’s prescience, how Orwell was right on the three defining political questions of the 20th century: empire, communism, and fascism. Orwell loathed all three systems for their injustice and cruelty and for the way in which they trampled on individual liberty. As it turns out, he was also prescient about the yearnings of Scotland to be free, and though the independence of Scotland may not be one of the epic issues of the century, it is of monumental importance to the United Kingdom.

In his column, Orwell swiftly got to the crux of the discontent. Scotland, he said, had a valid case against England:

On economic grounds it may not be a very strong case. In the past, certainly, we have plundered Scotland shamefully, but whether it is now true that England as a whole exploits Scotland as a whole, and that Scotland would be better off if fully autonomous, is another question. The point is that many Scottish people, often quite moderate in outlook, are beginning to think about autonomy and to feel that they are pushed into an inferior position. They have a good deal of reason. In some areas, at any rate, Scotland is almost an occupied country. You have an English or Anglicized upper class, and a Scottish working class which speaks with a markedly different accent, or even, part of the time, in a different language. This is a more dangerous kind of class division than any now existing in England. Given favourable circumstances it might develop in an ugly way…

As is evident from this paragraph, Orwell, though understanding of Scotland’s desire to peel away, clearly wanted them to stay. His reservations about the economic feasibility of an independent Scotland were particularly valid then, since this was a good thirty years before Scotland’s oil reserves were discovered.

Orwell’s personal relationship with Scotland, was, at best, notoriously ambiguous. A girlfriend, Kay Ekevall, told the BBC that he so disliked Scotsmen he preferred to cross the road rather than be introduced to the poet Edwin Muir. “He just had this blind prejudice because of what he called the whisky-swilling planters in Burma that he’d met,” she said. “So he lumped all Scotsmen together.” Orwell was known to say things like the Empire gave trade monopolies to “gangs of Jews and Scotchmen,” which do him no favor. Critics have noted, somewhat unfairly, that a few of his less loveable characters are Scottish, such as the “dull lout” Macdougall, mentioned in passing in Burmese Days, and more complexly, Gordon Comstock, the deluded poet in Keep the Aspidistra Flying, who declares war on the Money God and vows never to succeed. Orwell’s antipathy to all things Scottish is amply clear in the way he introduces his angry hero:

Gordon Comstock was a pretty bloody name, but then Gordon came from a pretty bloody family. The “Gordon” part of it was Scotch, of course. The prevalence of such names nowadays is merely a part of the Scotchification of England that has been going on these last fifty years. “Gordon,” “Colin,” “Malcolm,” “Donald” —  these are the gifts of Scotland to the world, along with golf, whisky, porridge, and the works of Barrie and Stevenson.

Later in his life, to his credit, Orwell admitted to being embarrassed by the crudity of this novel, and instructed his publishers not to print any more copies of it or of A Clergyman’s Daughter. The novelist Anthony Powell, who was his close friend, said that he took on the name “Orwell” — after a river in Suffolk — “partly because he disliked the idea of family origins in Scotland.” (His family name was Blair). “In his early days,” wrote Powell, “he was irritated by what he regarded as overemphasis on kilts, tartan, bagpipes, sand so forth, and above all by the comparatively recent innovation in popular journalism of writing ‘Scottish’ for ‘Scotch.’”

Bafflingly, then, given this strong distaste, Orwell chose to rent a large but primitive farmhouse called Barnhill in the Hebridean island of Jura. He had lost his wife Eileen in 1945, and was quite desperate to escape from London to a quiet green spot where he could think and write. The remote and austere conditions of Jura worried his friends, who feared the harsh climate would aggravate his weak lungs, but Orwell was adamant about going. He ended up spending some of the happiest months of his life there, along with his little son Richard and sister Avril. It was in Jura that he composed – between fishing trips and trying to raise “strong and cunning” pigs – his bleak masterpiece, Nineteen-Eighty Four. Perhaps as a nod to his Celtic surroundings, he slipped in a reference to Kipling’s most famous Scottish poem, the lyrical “McAndrew’s Hymn,” an ode to the maritime steam engine. Aware that he was facing death, he worked feverishly at the novel for hours at a stretch and managed not only to finish it but also single-handedly type it out. By the end, he was coughing blood, and had to be moved to a sanatorium in Gloucestershire.

This Tribune column was written after he had experienced the magic of Jura — his first trip was in 1945 — and reflects a greater sensitivity to Scotland’s grievances. One way for England to address these, he said, was to show more respect for their language. In this, his old employer, the BBC, could show the way by extending its Gaelic programming. With characteristic honesty, he acknowledged how his own views had changed:

At one time I would have said that it is absurd to keep alive an archaic language like Gaelic, spoken by only a few hundred thousand people. Now I am not so sure. To begin with, if people feel that they have a special culture which ought to be preserved, and that the language is part of it, difficulties should not be put in their way when they want their children to learn it properly. Secondly, it is probable that the effort of being bilingual is a valuable education in itself. The Scottish Gaelic-speaking peasants speak beautiful English, partly, I think, because English is an almost foreign language which they sometimes do not use for days together. Probably they benefit intellectually by having to be aware of dictionaries and grammatical rules, as their English opposite numbers would not be.

In the run up to the Scottish vote, Orwell has often been quoted by the No camp as someone who thought of nationalism as a disease. He also thought empire was a disease — though, paradoxically, in the case of Scotland, he believed that if its concerns were justly addressed, the Unicorn should continue to disport with the Lion on Great Britain’s coat of arms. Orwell anticipated the move for autonomy, but he didn’t foresee that the option would arrive through the civilized route of the ballot box. His own predictions, made in the shadow of World War II, were slightly more dire:

We should pay more attention to the small but violent separatist movements which exist within our own island. They may look very unimportant now, but, after all, the Communist Manifesto was once a very obscure document, and the Nazi Party only had six members when Hitler joined it.

Nina Martyris has written for several publications including The Times of India, The Guardian, The New Republic, Slate, Salon and The Millions. 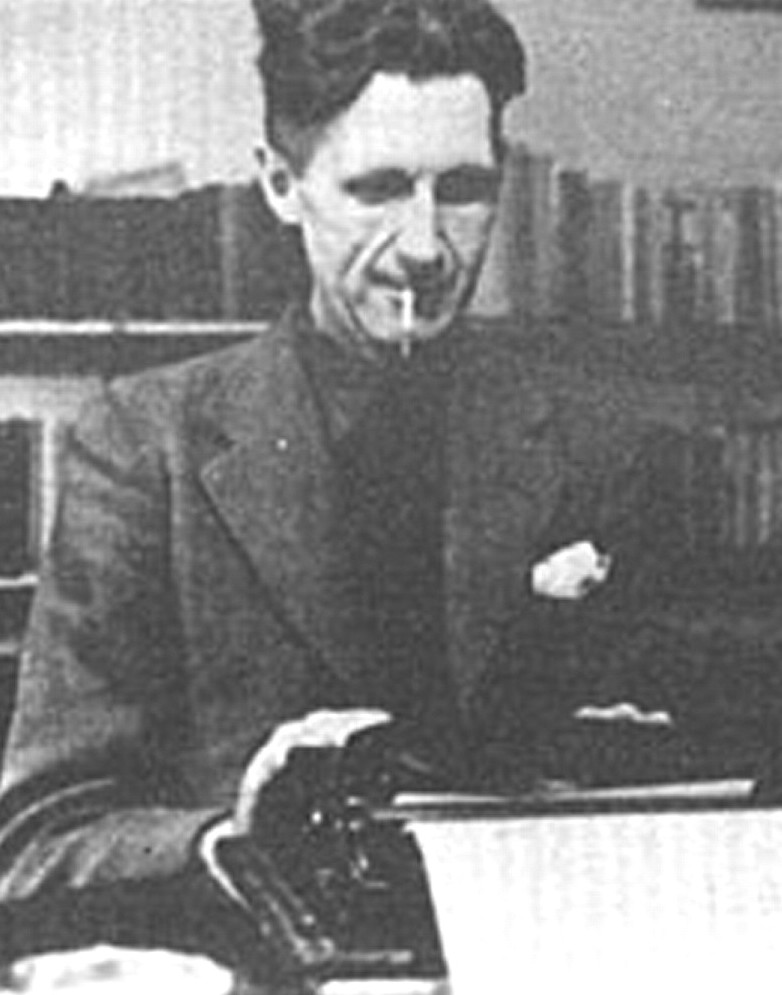