SUSAN HARRIS IS the editorial director of Words Without Borders, an online magazine of international literature founded in 2003. Over the last 15 years, WWB has published poems, short stories, and essays in over 100 languages — an amazing feat. The magazine’s work has not only been transformational in a literary sense, building bridges between authors, translators, and publishers, but also as a larger humanitarian enterprise. In the current political climate, WWB tries to bring walls down rather than build them up.

Along with its impressive accomplishments, WWB holds a special place in my heart for publishing a series of essays that my husband and I wrote together in 2010. The essays, which explored the relationship between literature, historical memory, and landscape in Catalonia, were part travelogue, part literary history, part tribute to some of our favorite authors. Despite not fitting into any genre, the pieces found a home with WWB, who stood by and supported the project fully. WWB is the rare magazine brave enough to operate on the literary frontier, bringing us stories from around the globe, from the borders, from countries under siege, and exposing us to literature penned in stateless languages.

In this interview, Susan Harris and I discuss the importance of translation, its impact on our political and social consciousness, and her favorite translations of Catalan literature.

AZAREEN VAN DER VLIET OLOOMI: Can you tell us a little bit about the history and mission of Words Without Borders?

SUSAN HARRIS: Words Without Borders was founded by Alane Salierno Mason, Samantha Schnee, and Dedi Felman and launched in 2003. Nearly 16 years later, we’ve published over 2,500 pieces by writers from 136 countries, translated from 116 languages. WWB expands cultural understanding through the translation, publication, and promotion of the finest contemporary international literature. Our mission is to cultivate greater global awareness by expanding access to international writing and creating a bridge between writers, translators, and readers.

How did your relationship with Catalonia begin, both personally and as the editorial director of Words Without Borders? Who are some of your favorite contemporary Catalan authors?

I knew very little about Catalan writers, aside from the few we’d published, before we did our first Catalan issue in October 2007, when Catalonia was the guest country at the Frankfurt Book Fair. Some of my favorites: Quim Monzó, Teresa Solana, Mercè Rodoreda, Empar Moliner. And some of my favorite Catalan translators: Peter Bush, Mara Faye Lethem, Mary Ann Newman, Martha Tennent.

It may seem like an obvious question, but why does translation matter and who does it matter to? Why does it seem like translations matter less to reviewers and publishers?

Translation matters because it’s the best way for those of us who can’t read in other languages to learn about the rest of the world. We know much of the world through a strictly political prism; literature provides access to the lives of people in other cultures and countries.

But publishing literary translation is challenging for several reasons. Most English-language editors don’t read foreign languages, and so have difficulty evaluating texts. Literary fiction and poetry are financial risks even without the additional costs of translation. Add the handicap of an (often) unavailable or non-English-speaking author, which then limits promotional opportunities, and many publishers are simply unwilling to try. Happily, we have a phalanx of new publishers dedicated to translation. Reviewers often don’t mention or acknowledge translators, which is particularly maddening when they praise a book’s language; this is often because they haven’t (or can’t) read the original, so have no way of judging how well it represents the author’s intentions, and also because some reviewers don’t understand what’s involved in translation.

What emotional and aesthetic resources do you think a great reader of translations is equipped with? What are their standout qualities?

Great taste, of course! But, largely, the same characteristics as great readers of literature in general: curiosity about the world, desire to learn, open-mindedness, imagination, receptivity, empathy.

Do you think a reader of works of translation needs to fully comprehend the sociohistorical context surrounding the text? And if so, should their experience ideally mirror that of readers of the original text?

I think that would be ideal, but just about impossible. It would be a rare reader whose experience of a book in translation would equal that of readers of the original culture: every reader brings her own knowledge and background to a work. A native Argentine, for example, will grasp much more in a novel on “the disappeared” than a typical US reader. But the best literature is universal, and while knowing the sociohistorical background enhances understanding, it’s not crucial to enjoying a book. And with luck, readers are encouraged to read more on the topic.

Definitely: translations expand both the language and our sense of what can be done with it. English and the literature written in it would both wither without infusions from other languages.

Can you recommend three or four stories, essays, or excerpts you’ve published in Words Without Borders as a kind of starting kit for readers interested in exploring Catalan literature?

We have so many terrific Catalan pieces: several by Quim Monzó and Mercè Rodoreda, to name two big names; also a hilarious story by Empar Moliner, “The Invention of the Aspirin.” We also have four poems from Ernest Farrés’s wonderful collection of ekphrastic poems in response to Edward Hopper’s paintings. And a raucous story narrated by a master of hyperbole, Borja Bagunyà’s “You’ve Likely Never Been to a Party This Big.”

In your opinion, how might Europe’s current political and economic tensions influence translation trends in the coming years? And how might translations influence the circulation of ideas across national borders and the canonization of great works of literature in the future?

It’s an interesting point. UK translation publishers, I suspect, are Remainers, and will continue to scout and acquire as they do now; and readers will, if anything, be more dedicated to discovering new voices. Translated literature is inherently political, but it can also evade politics by describing situations and providing information that is otherwise only partly available to us or not accessible at all.

Azareen Van der Vliet Oloomi is the author of the novel Call Me Zebra, winner of the 2019 PEN/Faulkner Award for Fiction. Her work has appeared in GRANTA, Guernica, The Paris Review, BOMB Magazine, and the Los Angeles Review of Books. 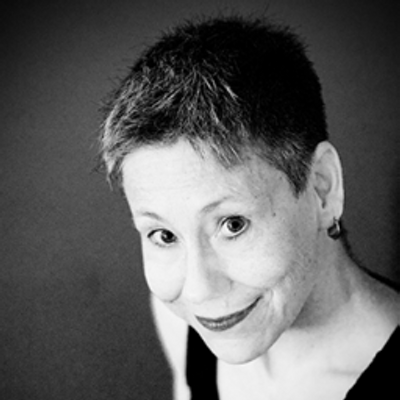 Creating a Bridge: A Conversation with Susan Harris, Editorial Director of “Words Without Borders”