IT WAS A TRUTH universally acknowledged, at least at the time of its original publication, that the ending of Henry James’s The Portrait of a Lady is inadmissibly abrupt. Acknowledged by all, that is, except Henry James. He had chided George Eliot for spelling out the conclusions of her novels in far too much detail (and in fact, if one reads the final chapter and epilogue to Adam Bede one gets a sense of what James means); he did not intend to make the same mistake himself. To defend the opinion of the masses, however, who insistently demanded more of the Portrait, it could very well be that James used his critical judgment of Eliot to excuse himself from spinning more of a yarn that had, after all, reached a difficult impasse.

At the end of the novel, we are left with the same question we have had all along, the question also of Ralph Touchett, and indeed of James himself as he began to write the novel: namely, what will Isabel Archer do? It is now, as it was then, a fascinating question. In Mrs. Osmond, the Irish novelist John Banville has endeavored to answer the question that James answered only in part. This is an extension of Isabel’s story, and a convincing one at that.

This is not the first time Banville has riffed on a previous work of literature. Writing under the moniker of Benjamin Black, in 2014 Banville penned The Black-Eyed Blonde: A Philip Marlowe Novel, which is not so much a discontinuous entry in the Raymond Chandler universe (as all Chandler’s novels generally were) as it is an endearingly melodramatic extension of The Long Goodbye. This and other works under the name of Black are considered by Banville to be experiments in the novelistic form where plot actually matters, unlike the novels written under the name Banville. These latter Banville books, such as The Sea and The Blue Guitar, are modernistic if only in the sense that what actually happens in them doesn’t matter much. They are rigorously narcissistic explorations of the rather aimless peregrinations of one consciousness as it confronts nature, finitude, art, and its own moral turpitude. The point is: If Banville is to have plot, it is usually to come from somewhere else.

Mrs. Osmond is a special and new illustration of this principle. The plot is in some ways borrowed from Henry James and in some ways is Banville’s own invention; even that invention, however, has as its impetus a deep familiarity with James’s novel. Yet extending a novel by Henry James also gives Banville artistic possibilities not present in the plots he has previously borrowed, which come from thrillers or hard-boiled detective fiction. What makes Mrs. Osmond new is that borrowing from Henry James (and not, say, Agatha Christie or Edmund Crispin) allows Banville to combine an intriguing plot with the alluring effusion of language and sinuous introspection his own novels are known for. The result is a kind of synthesis of Banville’s efforts to this point; it is a book with both plot and panache.

All of this is evident only in the cool light of reflection. It hardly matters to a reader first sitting down with the book. She will simply want to know what happens to Isabel. And rightly so: Isabel Archer is far more important than the twists and turns of John Banville’s own artistic journey, which I am tempted to say is only important to the extent that it has prepared him to do this task, and to do it well.

It will comfort readers to know that Isabel is in good hands. Banville has a knack for devising unexpected yet thoroughly characteristic acts. In the days after her beloved cousin Ralph’s death, for instance, Isabel refuses to wear proper mourning garb. She is roundly chided by Staines, her servant — yet she finds herself simply unable to abide this all-too-expected social grace. It does not fit her feelings for Ralph. Banville offers some speculations as to why it doesn’t fit, but this is hardly necessary, as the act matches Isabel’s person perfectly — though it is difficult to say why. It simply feels right, as does Isabel’s shame at the revelations proffered by the Countess Gemini (even though Isabel herself is the one who has been wronged) and her rather ingenious solution to the problem named Madame Merle.

Despite Banville’s evidently considerable gift of intuition in regard to what Isabel will do, it does take a great deal of time for us to find out what that is. Not in the little instances like mourning garb, mind you, but in the large matter of Isabel’s marriage to Mr. Gilbert Osmond. At the start, this delay gives the novel suspense, but Isabel herself spends so long suspended that the forward drive of the narrative suffers. Before casting this book aside, however, one should note that the stall in Banville’s plot mirrors what Isabel herself is enduring — a vast indecisiveness, before she finally rolls the dice and we at last find out what Isabel Archer will do.

If I were to reprove Banville, it would be to say that the famous 42nd chapter of The Portrait of a Lady, where Isabel spends a night in front of the fire simply thinking, mulling over her fate and her limited choices, is successful only because it is just that — a chapter. It does not occupy a large portion of the book. The larger part is rather taken up with what is chiefly responsible for making The Portrait of a Lady great: witty, energetic, and psychologically profound dialogue. Banville does show himself quite capable of writing such dialogue later on in the second part of his novel, especially in the positively crackling encounter between Isabel and Mrs. Touchett, but this skill is less evident in the indulgently introspective Part I.

Another reason not to lay the book aside — and, in fact, why probably few who have picked it up will do so — is that all this time we are being positively enchanted by Banville’s language. Those who have read him before will know the siren song he weaves; it doesn’t even matter if one wants to put the story aside, one simply cannot. This is true in Mrs. Osmond not only when Banville is describing a Tuscan landscape, like the magnificent opening page of Part II of the novel, but also in perfectly crafted phrases that clarify his urtext in ways that surprise and delight.

In these phrases, Banville shows himself a more than capable interpreter of James’s book. For example, around her father, Pansy Osmond’s face wears an “accustomed mask of filial obedience”; the Countess Gemini reveals the hidden secret of Madame Merle and Gilbert Osmond to Isabel out of a kind of “irritated compassion”; in running away from Caspar Goodwood and his kiss, Isabel remarks that, to her, “he was a form of infernal paraclete”; when imagining the consequences of her broken marriage, Isabel’s inner eye lingers upon “that special form of posterity she imagined the rest of her life would be.” In these and many other instances, one walks away from Mrs. Osmond with a better understanding of the characters and plot of The Portrait of a Lady itself.

This ability to interpret is also key to the success of the concluding action of the novel, when we at last get an answer to the question of Isabel’s destiny, the answer that readers have been longing for since 1881. For this concluding action has precisely to do with a perceptive interpretation of what The Portrait of a Lady has always been about — the freedom of a young woman. The novel asks: What would liberty look like for such a woman? What are its terms? What are its costs? How can it be thwarted? And how can it be restored? The profundity of Banville as an interpreter of James depends not merely on brief descriptive phrases, then, but in the intuition that it is precisely this that is most fundamentally at stake in The Portrait of a Lady. And, commendably, Banville does not shy away from giving answers to the questions just enumerated. Those answers are mainly given in the final third of the novel, and once one reaches these pages, the thrill of the plot returns.

The conclusion to Isabel’s story — not to be spoiled here — is still an open-ended one. Banville has not violated James’s scruple by spelling everything out. Yet one does get the sense, much more than in James’s original novel, that we leave an Isabel who is now fully formed, completely herself, free from the delusions that have haunted her and free for meaningful action. It hardly matters whether or not she has a man by her side for these actions; we are satisfied to know that she has become who she wished to be: that is, a woman who is at liberty to be intelligent and who is free to use that intelligence out in the world for the benefit of others. Banville has given us a great gift. We now, thankfully, know what Isabel Archer will do with herself, and — despite all her suffering — we are happy for her. Isabel’s story is assuredly one of triumph, as it should be, and now is.

Thomas J. Millay is a PhD student in Theology at Baylor University. His fiction has been published in The Blotter. 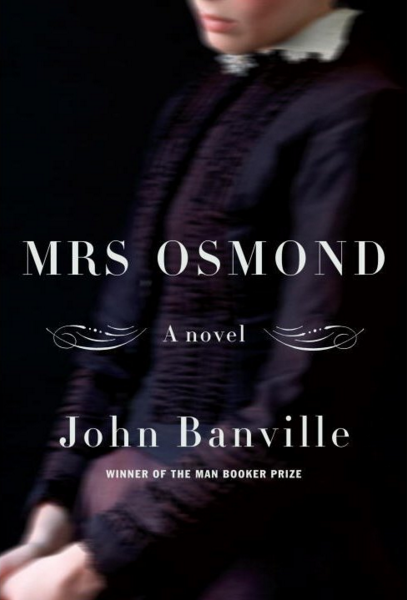