YOU’VE PROBABLY HEARD of the Fibonacci series. The multiplying rabbits? If you haven’t heard of it before, trust me, it’s fun — and I’ll explain it in a second. Before that, you should know that the “Fibonacci” after whom it was named wasn’t called Fibonacci until 500 years after his death. And, irrespective of his name, the series wasn’t something he either invented or discovered.

That said, as Keith Devlin demonstrates in his new book, the achievements of the real Fibonacci — known in his lifetime (from about 1180 until at least 1241), and for centuries afterward, as Leonardo Bigollo, or Leonardo Pisano (Leonardo of Pisa) — were even more astounding. Rather than inventing a number series that solves a rabbit population problem (and, curiously, also describes a number of natural phenomena), he brought numbers to the people of Europe.

You may also have heard of Devlin — NPR’s “Math Guy,” author of 35 books, popularizer of math and science. Well, in 2011 he wrote a book about this mathematician known as Fibonacci, outlining some of the Italian’s achievements. And now he has just written a flawed but fascinating book about his own years-long quest to find the man who became Fibonacci. Along the way, Devlin tries to convince us — with some success — that Leonardo was the Steve Jobs of the 13th century.

In short, here’s his argument. Leonardo went to North Africa as a young boy to work with his father. While there, he absorbed from local merchants the Arab mathematics that they, in turn, had adapted and developed from the early Indian mathematicians. As a merchant’s son with a good education on both the north and south shores of the Mediterranean, he was ideally placed to synthesize a whole new set of practical mathematical tools. His book, Liber abbaci (Book of Calculation), appeared at a time and place — the port of Pisa in the early 13th century — from where it could spread by land and sea trading routes throughout Europe.

Devlin suggests that this large Latin book — introducing the Arabic numerals 0–9 and a myriad of examples to demonstrate the solutions to different practical problems (three men need to buy shares in a horse) — was the model for the thousands of much smaller books that radically changed the European economy and culture. These hand-copied abacus books, including text from Liber abbaci and a lost later book of Pisano, proliferated in the Italian and other vernaculars in the subsequent centuries, up to this very day.

So, for Devlin, Leonardo’s three striking achievements are founding a genre of book that still flourishes (now visible as children’s arithmetic books); changing the basic numeracy of Europe’s thinking so fundamentally that the ways of thinking that preceded it are literally inconceivable to us today; and revolutionizing European and world trade.

The trouble, for posterity at least, is that Leonardo’s legacy was hidden for most of that time. Luca Pacioli’s well-regarded Summa de arithmetica, geometria, proportioni et proportionalità from 1494 mentions him. And the writer Guillaume Libri calls Leonardo out in 1838, but renames him Fibonacci — a version of the self-nomination filius Bonacci (son of Bonacci), which Leonardo uses in the introduction to Liber abbaci.

Since the 19th century, Leonardo has been known for the Fibonacci series. He includes it as one of his examples in Liber abbaci, but it was a familiar story by then. This famous mathematical conceit, Devlin points out, “dates back at least to the Indian mathematicians in the early centuries of the Current Era” — probably to the Chandahshastra (The Art of Prosody), written by the Sanskrit grammarian Pingala sometime between 450 and 200 BCE.

Here Leonardo explains the problem that, ironically, would make him famous:

A certain man had one pair of rabbits together in a certain enclosed place, and one wishes to know how many are created from the pair in one year when it is the nature of them in a single month to bear another pair, and in the second month those born to bear also.

The general rule for deriving a Fibonacci number is that each successive number comes from adding the two previous numbers. But the simplicity of that derivation is belied by the complexity and frequency of its appearance in nature. The number of petals on a flower is unusually often a Fibonacci number, the spirals on sunflowers and pinecones have Fibonacci numbers going both ways, and the manner in which leaves are distributed on stems (phyllotaxis) to maximize sunlight is, again, disproportionately often based on the Fibonacci sequence. The Fibonacci sequence is also related to the Divine Proportion (also known as Φ, phi, or the Golden Ratio) upon which much aesthetic speculation about ancient and renaissance art and architecture has been based. If you divide each successive Fibonacci number by the previous one, you end with a new series that tends asymptotically toward the Divine Proportion (Φ, phi is an irrational number whose decimal expansion begins 1.61803 but continues forever).

The Fibonacci series does, kind of, show the power of the Liber abbaci, but, from our historical remove, not really. Our perception of reality is so hard baked with numbers and arithmetic that it is almost impossible for us to think of a world where we don’t have 20 toes, where time is practically only a function of daylight, and where only specialized tradesmen could work out anything but the simplest trading transactions and, even then, would have no record of their calculations.

Working through the rabbit problem — or any of the others — without numbers or algebraic notation is so alien to us that we can barely imagine it. Indeed, our best chance of imagining what a shift Liber abbaci’s introduction of numeracy represented at the time is to try and imagine what a shift it would be to leave numeracy behind. It affects everything we do, from something as basic as buying a cup of coffee for $2.99 with a $15 Starbucks gift card before a 9:00 a.m. meeting.

Unlike in his 2011 book, Devlin approaches Leonardo autobiographically. He recounts how he and four contemporary researchers wove together the history of Leonardo and his influence through a series of almost independently conceived yet interdependent projects. The archivist who found a crucial manuscript; a professor of finance who turned his attention to a historical “financial revolution”; a husband-and-wife team of mathematical translators tackling Liber abbaci; and Devlin, the science writer and popularizer, all play their part in reclaiming Leonardo’s legacy.

The trouble is that, historically speaking, it’s all somewhat speculative — and rhetorically, slightly less than compelling. Devlin is an accomplished and highly accessible explainer of mathematics, but he’s self-avowedly a beginner at the kind of writing that engages with the human heart of the story. His own Italian research forays feel like mouthwatering vacations, while the accounts of his comrades vary from overly deferential (Rafaella Franci, the archivist) to overly technical (William Goetzmann, the finance professor). It’s only really when he discusses the moving story of the translators that the tone, the evidence, and the plot all seemed to be pointing the same way.

Still, taken in toto, 2011’s The Man of Numbers and 2017’s Finding Fibonacci do much to restore Leonardo to his proper place in contemporary Western culture. Thanks to Devlin’s work, Leonardo’s legacy is, at least arguably, no longer a series of multiplying rabbits but rather the explosion of trade that underpinned the European Renaissance and changed the direction of global history.

Dan Friedman is the executive editor of Forward.com. 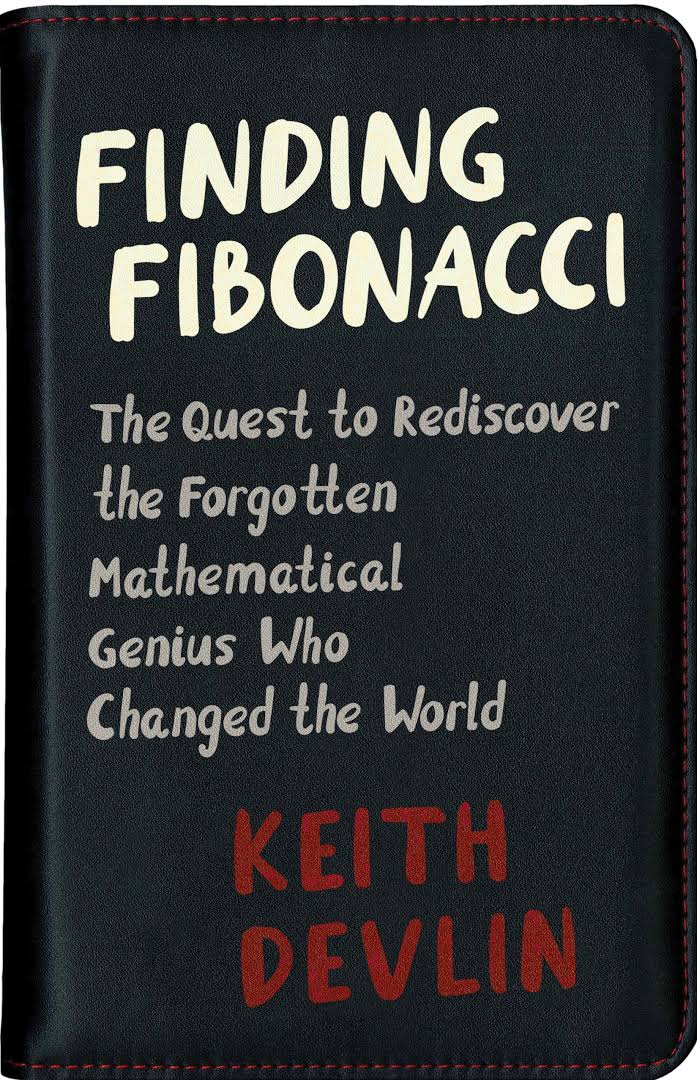