ENOUGH IS AS GOOD as a feast — or better than one, Avram Alpert would have us realize. In The Good-Enough Life, he diagnoses a wide range of social and planetary ills as being rooted in our commitment to “greatness” as a value. The greatness-seeking mindset has two main components, according to Alpert. The first affects our individual lives, when we take the view that our purpose on earth is to be the best (person, scientist, flute player) and to have the best (car, painting, partner, college degree) that our abilities and opportunities will allow. The second part of the greatness mindset affects our social lives, when we operate on the principle that as a society, we ought to reward and revere those who are the greatest geniuses, athletes, artists, civil rights leaders, or business innovators, because their rising tide will lift all of our boats.

Wrong on all counts, Alpert argues. Seeking greatness as individuals makes us restless, discontented, and ruthless to our children, while social and economic rewards for the great immiserate the many. Greatness’s trickle-down effects never arrive. Alpert’s observations may seem a little too familiar. Few of us can be unaware of the late turn to a bespoke minimalism in private life, whether our resources stretch to purchasing meditation apps or to hiring one of Marie Kondo’s KonMari Master Consultants to declutter our houses. And as for trickle-down economics, hasn’t the bloom been off that rose for a good while? “We want to thank Jeff Bezos for going to space because while he was up there we were signing people up,” said Christian Smalls, organizer of the first Amazon union in the United States, the ALU. Seldom has anyone so efficiently skewered the notion that the greatness of a few visionary innovators benefits us all.

But Alpert makes a convincing case that many of us remain more attached to the notion of greatness than we think, and that this commitment hampers efforts at material redistribution on the left. The chapters of The Good-Enough Life are organized as a series of concentric circles, moving outward from individual lives to relationships to socioeconomic concerns and finally to the planet. In each of these domains, what we ought to seek is the “good-enough” instead of the great: the “decency and sufficiency […] of the many” rather than the exaltation of the few. “Good-enough” isn’t just a B+ effort at “great.” It’s a different way of looking at accomplishment itself. There are no Einsteins without people ordering materials and cleaning the lab, as Einstein himself argued in an essay Alpert discusses, “Why Socialism?”

The Good-Enough Life leaves no meritocracy standing, not even the veneration of scientific geniuses or civil rights leaders. As long as we have merit-based hierarchies, our best efforts at material equality will founder within a generation or two. Alpert makes use here of Fred Hirsch’s concept of “the positional economy,” which refers to the distribution not of money but of “positional goods”: awards, access, attention (or even love), beachfront properties, the best schools. We can’t have material equality in combination with positional inequality, Alpert argues, because the positionally favored will pass down their advantages. Even if, in the beginning, the best trumpet player or the most morally upstanding leader wins our esteem on a level playing field, the playing field won’t be level for long once they’ve done all they can to give the best possible life to their children. In such a world, the virtuoso’s or the visionary’s children will have access to schools and connections that the ordinary person’s children can’t dream of. Before long, it will become obvious that, once again, merit alone is not enough to ensure success. Thus, material redistribution is not enough; we must simultaneously, or even beforehand, make a major change to our values.

Is Alpert an idealist? one asks, surprised at oneself, since surely such people are no more. Perhaps the way to put it is that while Alpert’s ends are materialist — sufficiency and decency for all — he is convinced that the means to those ends is as much a change in outlook as it is a change in our means of production. The problem is those positional goods: if we distribute them unevenly, by esteeming greatness, then material equality will soon be threatened. The mechanism by which hearts and minds are to be changed is a little vague — I take it to be reasoned persuasion, as in the book at hand — but that’s good enough, to use Alpert’s own phrase. Not every hopeful thought must come trailing a 30-year plan for its implementation.

What a book like this one does have to offer is the jolt of reorientation. The Good-Enough Life is a grand narrative. Books of this genre range across disciplines, making big claims about such things as what a human being is or what sort of world this is — as in Frans de Waal’s Our Inner Ape and Vaclav Smil’s How the World Really Works, respectively, both cited by Alpert. The interesting information these books offer is a necessary but not sufficient condition for their sales; they sell because with each counterintuitive fact they deliver, they strengthen our impression that we might be wrong about, well, almost anything. Why do we like to think so? Because a lot of what we know seems very bad. If our ingenious informants can show us a hitherto unexpected world, with features topsy-turvy from the one we thought we knew — well, then maybe things are different, and better, than we thought. Discovery is a pleasure, so there’s that — but even better, there’s relief from the pain of this particular timeline.

The Good-Enough Life succeeds unevenly in delivering gee-whiz moments, for reasons that are, for the most part, principled. Alpert doesn’t want to offer us the escape of relying on genius; indeed, our impulse to do so is the problem, he thinks. There is something a little frustrating in the book’s simultaneous adoption and refusal of the grand-narrative genre, but there’s something galvanizing in that tension, too. Alpert’s well-taken point is that we have been too given to thinking that our salvation lies in technological innovation, when in reality it lies in things like cooperatively owned utilities and strong social services.

Sometimes his insistence on turning our minds toward the good-enough solutions we already possess can feel like belaboring the obvious, but other times, especially in the final chapter on responses to climate change, the refusal of revelation is itself revelatory. Alpert reframes our position: we are not on the brink of apocalypse awaiting the innovation that will save us; we are on the brink of mass immiseration waiting to see whether we will use the means already at our disposal to insist “that we find a way to ensure that we all share in both the burden and the bounty.” Alpert’s grand idea is sufficiency.

Emily Ogden is the author of On Not Knowing: How to Love and Other Essays. 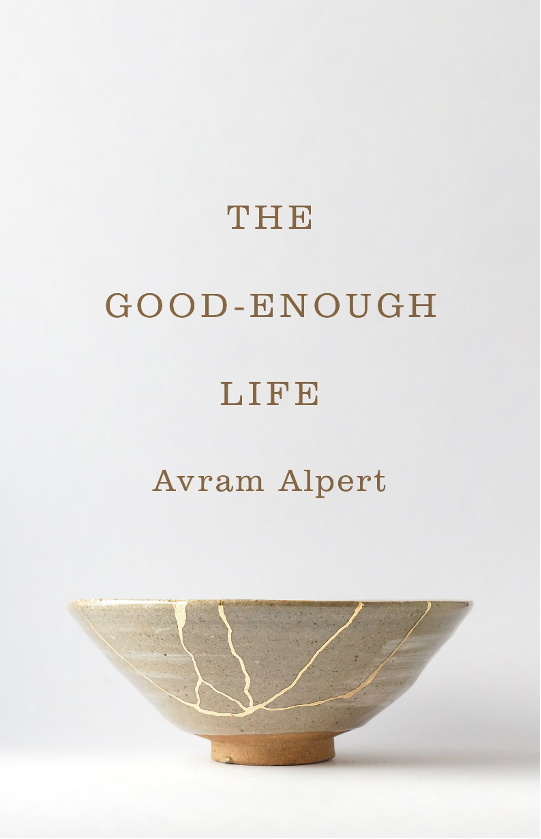