IN DE PROFUNDIS, written from his cell in Reading Gaol in 1897, Oscar Wilde reprises an old prison cliché, and declares that he’s found Jesus. He is quick to clarify: his is “the Christ who is not in churches” but rather the mythopoetical ideal, the personification of “imaginative sympathy” that sees “no difference at all between the lives of others and one’s own life.” Wilde had been imprisoned for two years for gross indecency and subjected to hard labor. His trial had made him a character of “public infamy” and a victim of “financial ruin,” and afterward he was forced to stand “in the grey November rain surrounded by a jeering mob.” And yet he is perseverant, even hopeful. Having succored his soul through pain, a whole new artistic “mode of perfection” is apparent to him. Where once he saw only “the sungilt side of the garden,” he could now speak to the full Manichean diptych of human experience, necessarily completed by “shadow” and “gloom.”

One need not be consumed with the lofty and the sublime, nor the lowly and the savage, to take a few lessons from Wilde. His epiphany, seemingly anachronistic in a digital society grounded in productivity and efficiency, actually has a lot to offer contemporary public discourse. For example, Jon Ronson, in his widely reviewed new book, So You’ve Been Publicly Shamed, doesn’t mention Wilde, but positions the circumstances of Wilde’s imprisonment as edifying in just this way. And one can extend the parallel further, particularly to academics and students who have found themselves on the receiving end of campus censorship for generally arbitrary reasons — a trend scholars have recently documented in various publications.

Trigger warnings, mandated euphemisms, safe spaces, speech codes, speaker dis-invitations, and anonymous hotlines to report “microaggressions” are just some examples. Campus activists have contributed to a homogenized culture of hypersensitivity that preempts speech; in other instances, individuals have been punished afterward for daring to utter anything at all. In many of these cases, it is not the substance of speech but rather the speakers themselves who are being challenged. Such was the case with Wendy Kaminer uttering “nigger” while arguing against the euphemization of vile words; or Dan Savage uttering “tranny” in the context of reclaiming terms of historical abuse; or the University of Michigan being shamed into canceling a screening of American Sniper; or the SUNY Buffalo State student newspaper having its funding cut after an anodyne April Fools’ edition. (The decisions in the last two were eventually reversed after national outcries.)

As Foundation for Individual Rights in Education President Greg Lukianoff has pointed out, there is a common etiology, a “willful misunderstanding,” between many public shamings and acts of campus censorship. Wilde would have viewed this as a failure of imagination and thus the height of Philistinism — a mode of existence that shuns new ideas and which his Christ’s “chief war was against.”

As the title suggests, Ronson’s book on public shaming is about individuals, some more deserving than others, who have reached varying degrees of infamy in recent years — mostly with the abetment of Twitter. On the more deserving end is Jonah Lehrer, a young, highly remunerated pop-science writer of the Gladwellian (or Icarian) mold who was caught plagiarizing and fabricating quotes. He later delivered an excruciating apology before a live Twitter feed, only for it to come to light that he’d made $20,000 off the gig. But Lehrer is a public figure who, unlike Wilde, was found abusing the methodology of his craft. Wilde was pilloried for private acts materially irrelevant to his stature as a public intellectual; Lehrer’s sins cannot be so divorced from his reputation as a writer, and so the public’s repudiation of him seemed justified.

Others whom Ronson spotlights received mass scorn as well, but the extent to which it was justified is debatable. These include an NGO worker who was fired for one insensitive jest she posted on Facebook from Arlington National Cemetery; a PR professional who was fired for one ill-conceived joke she posted to Twitter; a computer programmer who was overheard muttering a cheesy sexual pun to his friend at a conference, subsequently excoriated online, and fired; and the woman who exposed him, who was also later fired. Though not public figures, all these people became such through a single, fleeting act that launched them from total obscurity into a Wildean “eternity of infamy” — a modern-day character assassination.

The crime of the first three was that they miscarried humor. The crime of the last was that she miscarried her own sense of justice. Like Wilde, all were told to forget who they were while never forgetting their shame. As Wilde notes, this is opposite to what it should be: it perpetuates punishment and division, and occludes salvation. For the individual sundered with shame, “To reject one’s own experiences is to arrest one’s own development. To deny one’s own experiences is to put a lie into the lips of one’s own life. It is no less than a denial of the Soul.” And for society, the deliverer of shame, it

[…] takes upon itself the right to inflict appalling punishments on the individual, but it also has the supreme vice of shallowness, and fails to realize what it has done. […] It is really ashamed of its own actions, and shuns those whom it has punished, as people shun a creditor whose debt they cannot pay […]. I can claim on my side that if I realize what I have suffered, Society should realize what it has inflicted on me: and that there should be no bitterness or hate on either side.

Like the campus speech warriors, the shaming society seeks to silence and destroy open discourse’s petty criminals, rather than dissuade, remediate, or simply discount their viewpoints.

But where Ronson sees all this as a 21st-century phenomenon, it is nothing of the kind. This problem — the absence of “imaginative sympathy” in discourse — has plagued democracy from day one. For his part, this is precisely what John Stuart Mill admonished in On Liberty 150 years ago. Beyond the “State,” an even more pervasive foe of speech in democracies is “Society,” or any subset thereof who might, rather than try to convince a speaker to change his views, “[visit] him with any evil in case he do otherwise.” Which is to say, he believed it is incumbent upon all citizens to tolerate all speech as if it could be one’s own, rather than use ex ante methods to mute it, or ex post measures to punish it. This extends beyond situations of “willful misunderstanding.” Even if one understands the substance or intent of speech all too well, it is a descent into Philistinism to accord anything but the utmost tolerance to it all. As Wilde has it, “Whatever happens to another happens to oneself.”

The shaming and censoring societies are alluring and cathartic. They seem like passive societies of spectacle, vaguely representative of genuine social intercourse, but comprised of concentric rings of power that are embedded in everyday discourse, and rigidly enforced there. As Ronson notes, many who pile on in public shamings think they’re doing good, or at least have clean hands. Wilde understands the same when he chastises his parasitic former lover: “You had the sympathy and the sentimentality of the spectator of a rather pathetic play. That you were the true author of the hideous tragedy did not occur to you.”

That gets to the heart of the matter. It seems like so much wasted outrage to hold powerless academics and lay small fry to account in such dramatic fashion, or to close off one’s ears and imagination to opinions “shadowy” and “gloomy” in their markings. Democratic politics demands epistemic breadth. Meanwhile there are bigger fish more deserving of the cacophony. Humility and an open mind are what we should adopt from Wilde. Any other impulse is that of “the Philistine who upholds and aids the heavy, cumbrous, blind mechanical forces of Society, and who does not recognize the dynamic force when he meets it either in a man or a movement.” 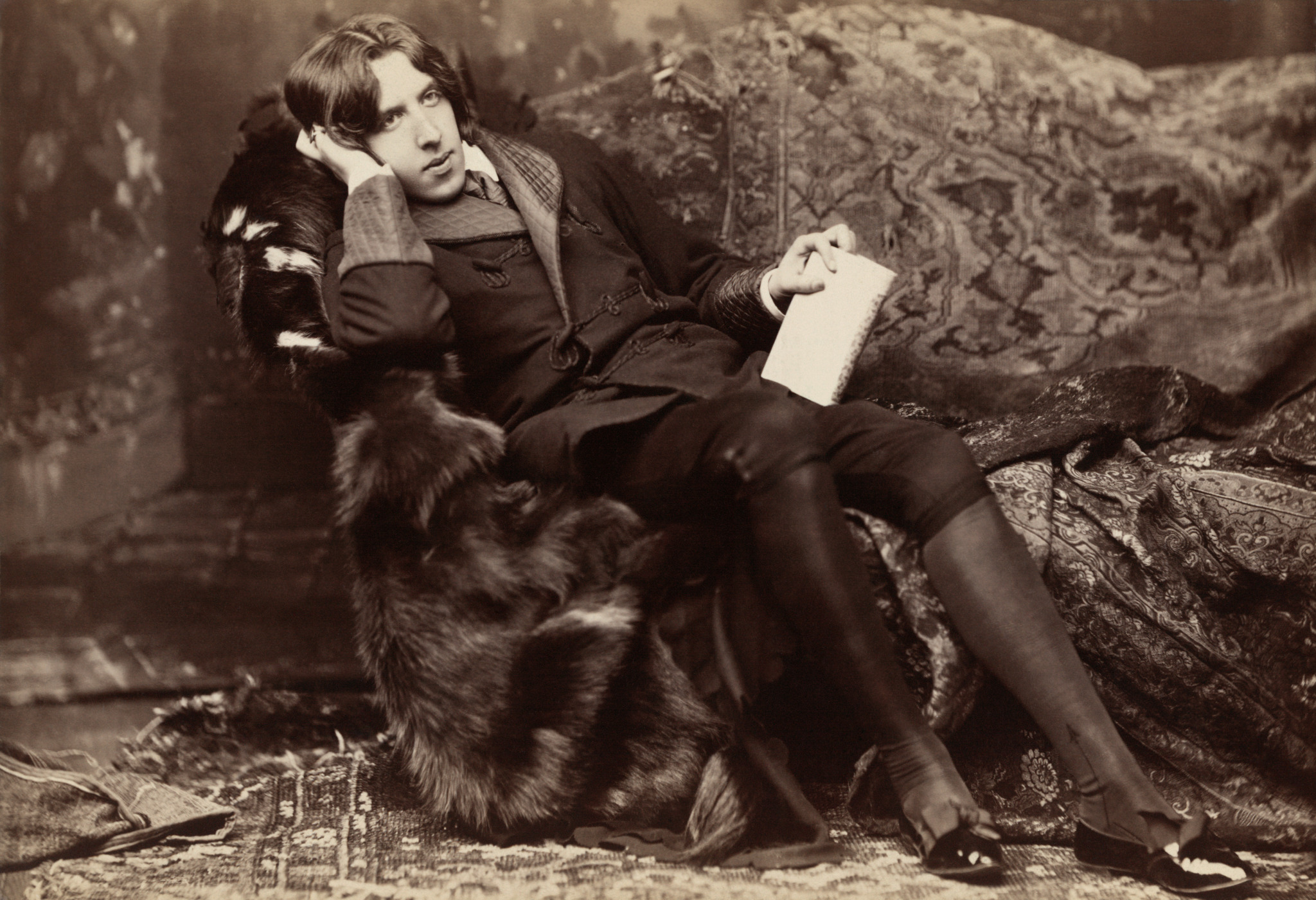 “A Rather Pathetic Play”: On Public Shaming and the Cult of Censorship